Marguerite Callahan is working double time, both on the clock and with her heart. During a temporary stint as a masked pole dancer, Marguerite meets Dominic, a handsome businessman only interested in one thing. Now Marguerite must deal with a wicked temptation while hiding her biggest secret, her identity.

The moment Chaos appears on stage, Dominic is obsessed. But frustration mounts when Chaos refuses to remove her mask, and Dominic becomes distracted by a compelling new woman at the office. Now Dominic must decide, is the pure sexuality he has with Chaos enough, or is he ready for something more? 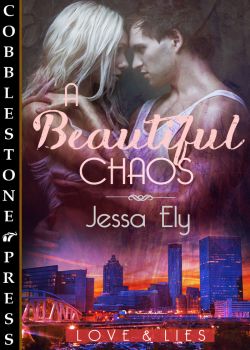 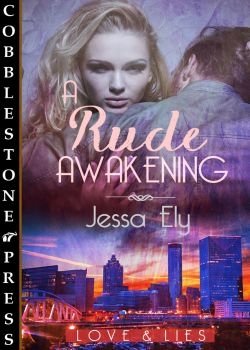 The house lights came on, illuminating the stark pole center stage. An eerie ambiance wafted over the prestigious and privately owned gentlemen’s club, The Swan.

Cigar smoke lingered in the air and drinks flowed while the patrons anticipated the single moment when they would see her. Everyone was so eager to catch a glimpse of this stunning, weekly performer that the admittance fee was doubled Friday’s at midnight. The price to glimpse her was five hundred dollars per person, non-refundable, and completely worth the money. As testament, The Swan was packed.

She was exclusive. Mesmerizing. Sensual.

An expertly tied bow tie rested around her neck, and a black top hat covered her hair, but it was her masquerade mask—black and adorned with feathers—which held all the attention.

She was a complete mystery.

Dominic Montgomery was obsessed with her. He came every week to see her. She was the luscious anomaly he craved more than sanity.

The Swan was posh, and no dancer went fully naked, keeping it classy. Chaos shed her jacket, exposing the thin wisp of fabric covering her breasts, and grasped the pole. Her top hat followed, releasing her luxurious mane of blonde hair in a seductive curl down her back as subtle gasps shot through the crowd. Her movement flowed over the metal pole as if water, perfect, her body a master’s touch of sensuality. She evoked complete control, matching her limbs to the beat of the music and twisting herself over her solid, metallic partner.

Everything within Dominic screamed for her; his breath to inhale her, his mouth to taste her, his hands to hold her. He stood transfixed, his gaze following every fluid thrust of her body, his heart nearly pumping out of his chest. Every grind of her hips amped his need. Every teasing caress of her hands was another dig at the deprivation he needed soothed. It was all he could do to stand there and watch her bump and grind over the pole. All he wanted to do was drag her off the stage by her hair, wrap her lithe legs around his hips, and find release. Four glorious minutes and a hard erection later, Chaos finished her performance. Dominic took a deep breath, willing his body under control, but it was no use. She had bewitched him. She plied him once again with erotic, visual stimuli until every animalistic desire shook his usual calm reserve. Damn.

He ordered whiskey and impatiently sipped the fiery liquid. He would wait just a little longer.

Double damn. He held back until he could at least breathe normally, and then he made his way to her.

Dominic paused in the doorway and then shut the door with a soft click. Chaos stood facing the window, her shoulders draped in a black see-through robe. Her succulent curves shimmered under the gauzy fabric, and her loose blonde hair hung to the middle of her back in soft waves. It was a tempting fist magnet.

“You’re late.” She turned to face him, a curl of displeasure evident on her lips.

He eyed her dark eye mask plumbed with feathers and her lush lips parted in a sexy pout. Dominic smiled, not the least bit affected by her censure.

“And you were magnificent.” He moved closer, breathing deeply of her divine scent, which never ceased to drug his senses. She smelled of almonds dipped in cinnamon, as if sex oozed from every pore of her skin. Every week he dreamed of this moment, dreamed of inhaling her flesh…dreamed of touching her.

“Take off the mask,” he commanded.

“Tell me your name.”

After each performance, he met her in her dressing room and asked the same two questions, but she never caved, never relented. Chaos pulled open her robe and his breath caught. She was a goddess, pure sin offered up to his thirsty desire. Every perfect, toned inch of her skin glimmered softly under the dim lighting, as a sweet sacrifice awaiting his pleasure. He was powerless but to obey.

“Touch me,” she whispered, her voice low and seductive.

He wanted to. He ached for her, but he needed something more. Something more than just the knowledge he had fucked Chaos after he left her.

She glared at him, her stormy brown eyes spitting fire.

“What do you mean, why? After two months, you have to question this? Now?” She pulled her robe back together, clearly annoyed. “We have a quiet arrangement—one I thought more than satisfactory to us both. No names. No attachment. We have our anonymous sex life and our freedom.”

“Oh, we have it, Chaos, but don’t you want more than a hot screw in a back room?”

He moved closer and grasped her upper arms. God, she felt soft. Dominic ached to see her spread out on his bed in the full sunlight, without her mask and all her intriguing mystery.

“Don’t you want tenderness? Intimacy?” He inhaled a cloud of almond sin; she was more mirage than reality.

Chaos thrust his arms away, glaring up at him.

“No. What I wanted was a hot fuck. Nothing more. Nothing less. We established terms—you agreed. It’s either that or the door.”

A muscle leaped in his cheek, and he ground his teeth together. He wanted the hot fuck too, but after two months, he wanted a hell of a lot more. He wanted to know the woman behind the mask and the sinful body, but now he was far too angry to reason. Her delicious scent bombarded him, and he ached once more to sink into her.

Fall for You (m/m)
Keira Marcos
In Shelf
$5.99
Tweets by
sirenbookstrand