A Case of Gone

Nick Case is one tough private investigator. He’s big, he’s black, and he’s bad news if you cross him. He’s a man’s man but the ladies seem to love him… and we do mean love him.

Nick is an excellent chef and a collector of guns and other dangerous weapons. He is no man to fool with. He loves country music and will defend his preference with vigor. He doesn’t consider rap to even be music.

Nick has to use all his resources on this case that threatened to swallow him. One of his best resources is his long time friend Tony De Angelo who remained with the police department after Nick left. He also uses the offices of a county detective, Amanda Jordan.

Yes, the story has interracial sex. It has a lot of sex and should not be missed by mystery lovers and lovers of hot sweaty black on white sex.

Like all of the Nick Case mysteries this one starts slow but hang on and get ready, because when it heats up it get’s sizzling hot. 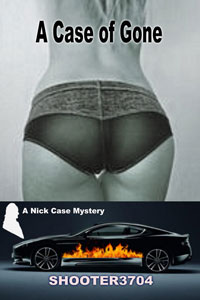 A Case of Gone