Veterinarian Clara Dickens is about to have her first Christmas in Sugarbush Creek. But whether or not she’ll get what’s on her Christmas list is up in the air. Ever since he first walked into her clinic, she’s been fantasizing about hunky rancher Asher Barlow, by far the most eligible bachelor in all of Sugarbush.

When Asher stumbles across a mare in dire need, he can’t help but bring her home, then calls the only vet he trusts to look her over. At the urging of his best friend Bowie, he asks Clara out, but a still healing heart keeps him from making a move.

Will Mother Nature give them the push they need this holiday season? 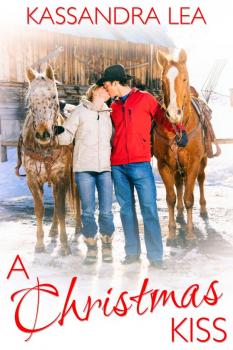 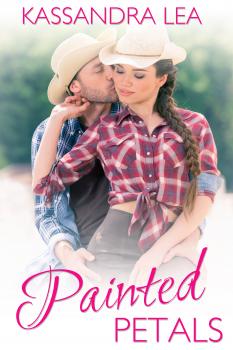 "Well, I declare the little missy to be in, er, I was going to say tip-top shape, but that isn't exactly right," Clara said, rejoining him in the aisle. "She is better, though, than when I first saw her. You're doing an amazing job."

"Thank you." He touched the brim of his hat.

Neither of them spoke as they headed for the door, comfortable in the silence. Asher fought with the desire to reach over, slip his hand into hers, and pull her close. But one thing could easily lead to another, and if he gave into the desire to taste her lips, he might find himself wanting to taste and touch other parts of her body, as well. His hormones refused to be quieted, his mind on overload as he thought about taking her into one of the empty stalls for a roll in the hay, his hands caressing her curves, along her hip until ...

He blinked, slamming back into reality, heat coloring his cheeks as he realized they'd reached the barn door and Clara was staring at him, her head slightly tilted, a question in her eyes. He cleared his throat. He really needed to learn how to rein in his thoughts. "Sorry, I guess I spaced out a bit."

"It's quite all right." She stood there, hands in her coat pockets. "I was just saying that if you notice her going into labor, please give me a call. I'm worried about the potential for complications given her current status." Suddenly she frowned. "I've been meaning to ask, have you given her a name?"

"Echo," he said, the word just popping out.

And for some reason, that meant the world to him.

She reached for the door. "I might check in one more time before Christmas, if you don't mind."

"Not in the least, Clara," he said, acutely aware of every single beat of his heart. "You're always welcome to stop by."

Much to his surprise, she reached out, brushing a few stray pieces of hay from his flannel shirt. Her hand lingered, her touch sending a wave of warmth rushing through his body. For a moment their eyes met. She bit down on her bottom lip, looking as cute as ever, and the ache to kiss her intensified. If he leaned in, would she shy away, reject his advances, and break his heart in a split second?

Before he got the chance to find out, Whiskey wiggled in between them, whimpering as he presented the slobbered, tattered rope to Clara in hopes she might stay to play.

The moment was broken. Her cheeks colored as she turned her attention to the dog. She gave him a friendly pet, taking a step back. "I should be going."

Not another word was spoken as she slipped out into the cold of the day. The breeze that rushed in did nothing to ease the fire burning within him.