A Dance With Death

She’s a classic… After recovering from an injury and uncertain of her future in the world of dance, ballerina Isabella treats herself to a dating service–some frolicking between the sheets before she decides what to do with the rest of her life is just the jeté her heart and mind needs. He’s a bit more modern… A successful music video choreographer, Raul is constantly surrounded by gorgeous dancers. But his life lacks a vitality and depth he needs to fuel his creative passion. He turns to a 1Night Stand to discover inspiration. A dance between life and death… When an accident threatens to cancel the evening of romance, Isabella and Raul will have to dance to a new beat. Can a dance with death change fate? 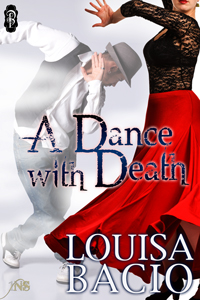 A Dance With Death

If Raul had met Isabella before that moment, he would have remembered her. She moved with the gait of a lifelong dancer. Elegant. No wonder ballerinas were described with terminology such as a gazelle. He worked with pop stars and modern artists so often, he’d forgotten the beauty of the more simple pleasures. Isabella seemed to shun simple. She embodied grace, refined and fragile.

Where had that thought come from? Despite being in dance—way back in the day—and working as a choreographer and producer, Raul’s image of himself was tilted, off-centered. He lacked agility—an ogre, a brute who would break the porcelain figurine the minute he got her between the sheets. His hard-on raged at the thought of her lithe body stripped bare, wriggling beneath him. Oh, he’d have to go slowly and gently, but she’d scream his name before the night ended. He could use the little ego boost and extracurricular activity.

She watched him, and he grew tired of the stalemate. Time slipped away, too precious to waste on the monotony of hard feelings.

“You need to loosen up.”

She opened her mouth, a line creased her forehead, and he moved, kissing her.

Full lips. His arm slipped around her waist and held her firm against him. She squirmed in his embrace, but soon her lips became more pliant, she leaned into his body, and let out a soft moan.

“That’s more like it,” he said, releasing her. “We need to spend more time kissing than arguing. Deal?”