A Day to Remember (FF)

Months after ending a long-term relationship, Bryony Murphy still lets it control her. She’s scared to let anyone else in, just in case her ex Tara comes back to torment her again.

It isn’t easy to keep her heart to herself around beautiful journalist Georgia Bing, who works with Bryony on the TV show Crooked Cowboys. Georgia makes Bryony want to forget everything else and enjoy simply her.

After a one-night stand with Bryony, Georgia wants more with the lovely researcher. She knows Bryony’s hurting, but she also knows of Bryony's past. Georgia is willing to go slow at first, but soon the sexual tension becomes too much to bear and she just has to make Bryony her own. 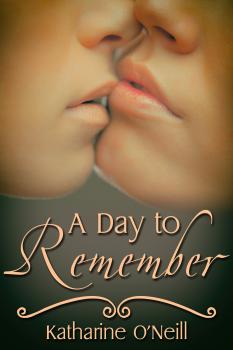 A Day to Remember (FF)

“How much have you had to drink?”

“I don’t know. I’ve lost count.” Bryony downed the rest of her glass, slamming the glass down on the countertop. “But I’m going to keep drinking until I don’t remember my own name.”

Georgia was not having that. She caught the barman’s eye and signalled him over.

“Get me a strong coffee. And don’t serve anymore alcohol for this one.” She indicated Bryony. “She’s had enough.”

The barman nodded and moved away. Bryony scowled.

“Why are you spoiling my fun?” She grumbled.

“This is hardly fun.” Grabbing the woman’s arm, Georgia helped her off the stool and led her towards the booth. “You and I are going to sit down and talk.”

Bryony tried to pull away but Georgia wouldn’t let go. She wasn’t about to let Bryony bolt. Nudging Bryony into the booth, Georgia sat beside her, effectively crowding Bryony against the wall. Bryony grumbled and glared at her but Georgia didn’t react. They sat in silence until the barman brought the coffee, giving them both curious looks before leaving. Georgia nudged the coffee cup towards Bryony.

“I thought you could handle this assignment, Bryony.”

“I can.” Bryony protested. “This has nothing to do with it.”

“I think it does. We had cameras watching you, remember? Joyce also told me about your reaction. Now tell me drinking yourself into a stupor when you’re supposed to be in the office is nothing to do with your breakdown earlier.”

Bryony glared at her. Her pupils were wide, almost swallowing the color of her eyes.

“Save your journalism for your job, Georgia, not for analysing me.”

Georgia pushed the coffee towards her and leant forward, placing her hand on the back of Bryony’s neck. Bryony didn’t shake her off. If anything, her breathing seemed to get faster.

It was all she could do not to pull Bryony into her arms. Georgia wasn’t one to do public displays of affection but she was tempted with this woman.

Bryony looked like she wanted to run. But she slumped, leaning into Georgia until her head rested on Georgia’s shoulder. Georgia didn’t say anything, simply leaning back to settle against the booth, her arm going around Bryony’s shoulders. Bryony let out a shuddering sigh.

“Tara and I were together since I was eighteen and she was twenty. We would’ve been together fifteen years this week. And for the first twelve years, it was amazing. Tara was amazing. But then she changed. She got into a car accident and was diagnosed with bipolar. Tara had to go on pain medication and meds to control her bipolar. Her mother, Krista, found out and accused me of making Tara into an addict.” Bryony sniffed and reached for her coffee. She lifted her head enough to take a sip and placed the cup back down, snuggling against Georgia again. “She’s always hate me, Krista has. She decided to mess about with the meds and eventually stole them, telling Tara she didn’t need to take them. Tara didn’t do anything; she had started developing psychotic delusions and believe Krista that I was the one at fault. So she started lashing out at me.”

Georgia had suspected something like that. She had been there at Tara’s trial and sentencing while Bryony had been in hospital but because Tara had pleaded guilty early on, she hadn’t heard everything. Just hearing all this made the anger bubble up.

“Did you call the police?”

“You know I did.” Bryony sniffed. “And you know what happened at Thanksgiving.”

Georgia did know. She had come into the office early and had found Bryony unconscious. She looked as though she had been hit by a car and was bleeding from the neck. Georgia had called for an ambulance and got the whole story. Tara had tried to come to the hospital but Georgia and a few of their co-workers had blocked her way. Tara had screamed at them and tried to attack Georgia but security had dragged her out.

Georgia wasn’t about to forget that day in a hurry. 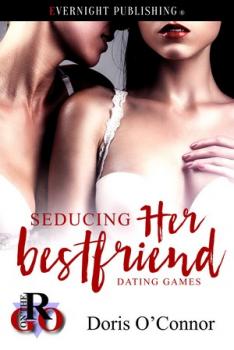