This Christmas, she'll get exactly what she needs...

40-something anthropology professor Lillian Chase knows how to be alone, even if the sights and sounds of the season make her a little lonely. When she’s not teaching classes, Lillian helps law enforcement solve missing persons cases through facial reconstruction. But the anthropology department finds this kind of subjective application a little too soft, and Lillian’s not sure she’ll be approved for tenure. Worse, though, she worries that she won’t be able to identify the skull of her most recent “Jane Doe” in time to give the missing woman’s family closure for the holidays.

But when a twenty-seven-year-old artist and former student moves in downstairs, Lillian finds herself feeling more than just neighborly. Noah Ames is all kinds of off-limits: he’s too young, he’s a former student, and he lives right downstairs. Even with three strikes against him, his fiery appeal is undeniable. He pushes Lillian’s boundaries—sexual and otherwise—in ways she’s not sure she’s comfortable with. But that just may be exactly what Lillian needs… 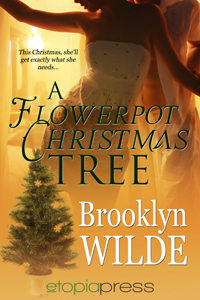 One touch was too much. Everything unsaid hung between us for one heavy moment before Noah grabbed me with both hands, yanked me to him, and kissed me hard.Relief rushed over me like an avalanche. After we stumbled into the apartment, Noah kicked the door shut behind him.The buttons on my overcoat took some coaxing, but he finally got them undone. The heavy coat fell to the floor with a thump. Soft cashmere glided under my fingers as I slid my hands down Noah’s sweater and tugged it off over his head. A faint but vaguely familiar taste filled my mouth when I ran my tongue down his neck. Apricot? I worked my way down until my lips found a nipple while Noah slid off first one shoe then another.A ragged grunt came from somewhere deep in his chest. He’d ripped my shirt open. Literally. Buttons pinged and clicked against the walls and floor. If I wasn’t wet and ready before, that did it. My bra was off before I realized Noah had unsnapped it.By the time we reached the bedroom, I had Noah’s pants unzipped. I yanked them and his boxers down with one hand, and he stepped out of them just as I tumbled into the bed. The sight of him took my breath. He peeled off my socks and shoes while I unbuttoned my corduroys. A hard yank and the pants were gone and I was jerked toward the edge of the bed, legs spread, looking up at Noah’s glorious body.“Naked is a good look for you.” I figured he ought to know. That comment garnered me a devilish smirk.Noah looked down at my panties, then over to my bedside table. The antique letter opener I keep there, you know, just in case someone ever breaks in, glinted in the light. Nervousness tensed my entire body as Noah slid the point just inside my waistband. A quick flick on each side, and the tattered remains of my underwear were tossed to the ground below. Noah stood and surveyed my nakedness, looking mighty pleased with himself. And me.He retrieved a condom from his rumpled pants and stood before me in the bright overhead light, rolling it on with one hand. His look turned downright predatory, animalistic. There was nothing playful about it. This was serious business. He meant to fuck me, and I was panting with anticipation.He crawled onto the bed, spreading my legs even wider with his knees. Lowering his body down, he positioned himself just above me, teasing me with the head. Every inch of my skin prickled with excitement. To hell with adult decision-making. This was about need. I clawed at his hips with both hands, desperate to have him inside me, but he held firm until I begged for it.“Please,” I whined, “now.”Noah plunged in deep, all the way to the hilt. The wail that escaped my lips was met with something like a growl. Tingling energy radiated out and through my whole body. I wrapped my arms and legs around him, pulling his full weight down onto me. A man’s weight, oh how I needed it on my body.“Mmm, you’re so tight,” he whispered.“I should be. Do you know how long it’s been? I think my virginity grew back.”Noah snickered then nipped along my jawbone as he started to slowly rock. A shudder rippled through me. I lifted my pelvis to meet each rhythmic thrust. His lips found my mouth again, and his tongue delicately probed inside. The tip of his tongue gave mine a final flick before he pushed himself up to his knees. He lifted my left leg up to his shoulder before regaining his stride.The new position gave me a full view of his muscles contracting with each pump. It also allowed him to pinch and rub my clit with his free hand while he ground his cock even deeper inside me. The sound of skin slapping skin rang in my ears as he pounded faster and faster. Every nerve in my body was screaming, until I couldn’t help but do the same.“Ah, don’t stop! Fuck me!”Noah did not obey. Without warning he pulled back, slowed himself, and took away those delightfully adept fingers. 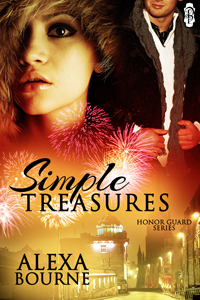 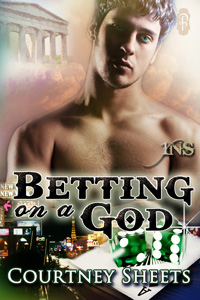 Betting on a God
Courtney Sheets
In Shelf
$1.99 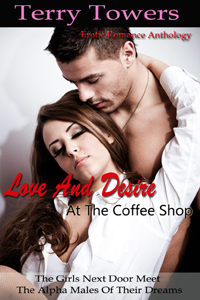 Love And Desire at the Coffee Shop (The Girls Next Door Meet The Alpha Males Of Their Dreams)
Terry Towers
In Shelf
$6.99 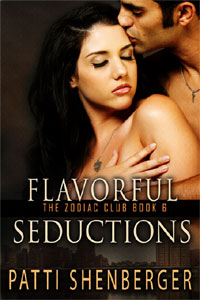 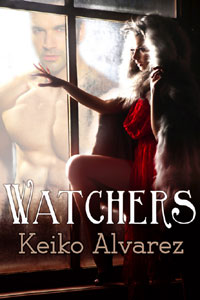