A Fox Between the Bear's Sheets (MF)

Talia Landon, a red fox shifter with a weight complex, knew she was in trouble when she saw Ford Wylde for the first time. The alpha bear shifter was the type of male she should stay away from. It was clear he was far too experienced in sex, but what was supposed to be a one-night stand turns into a mating with a Wylde bear.

Ford wasn't going to give up Talia, not after he marked her as his mate. But when Ford's ex-girlfriend, Mina, comes back to Sweet Water after ten years, he knows he has to be honest about his relationship with Talia. Things get sticky when Mina shows an interest in him again, but Ford makes it known that Talia is his, and nothing and no one was going to get in the way of him claiming his female. 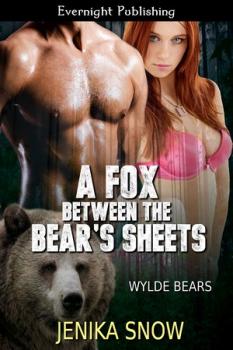 A Fox Between the Bear's Sheets (MF)

“I want it rough, Ford. I want to feel you on every part of my body.” A gasp left her when she felt his canines scrape along her shoulder. He growled, a true bear-like sound that had her tightening her thighs around his waist. His dick was hard between her thighs, hot and thick, and she wanted it inside of her now.

“Fuck, Talia. What are you doing to me?” He sounded pained as he murmured against her neck. Was he having second thoughts? The feel of his jean-clad erection pressed between her thighs told her he was right there with her, but he sounded as though he was unsure. “I want this, but this is all new to me.”

She gripped the sides of his face and lifted his head up. The room was shrouded in shadows, but she could see a lot of emotions passing across his face. The prominent one was this darkness that seemed to take over him, tightening his body and having a flash of self-hatred taking control. Her fox could sense it, and her human could as well, and that meant he wasn’t trying to conceal it, or he couldn’t control it.

“I just want to feel you tonight.” Talia didn’t want to say the next part, but knew she had to make him realize that his fears of her wanting more, whether she actually did or didn’t, were unfounded. Just looking at him told her he wasn’t the type of guy to have something meaningful, not when he was clearly so hurt by his past. “I just want you to touch me. I’m not asking for anything more.” The sound that came from him was rugged, but she knew he wouldn’t deny either of them what was inevitable.

“Shit.” The clouds of his inner turmoil passed along his face like a raging storm. She was set on the bed and watched with unleashed anticipation and arousal as he all but tore his own clothing from his body, tossed them aside, and grabbed a condom. His cock was huge, long, and thick. Even in the darkness she could see the tip dotted with a bead of pre-cum. The fact he was just as frantic for this as she was had a powerful surge of energy moving through her. He sheathed his massive erection, and for several long moments all he did was stare at her, spread out on his bed like some kind of offering. She knew what she looked like: her thighs spread out, her pussy on display, and her breasts thrust out.

“Hell, Talia. I am going to take you so fucking hard.” He was staring between her thighs, and ran his hand over his mouth, like he was about to lose it. “Get on your belly, baby.”

Her heart was thumping so damn hard it was almost impossible to hear him. When she was on her belly Ford gripped her ankles, yanked her roughly to the edge of the bed, and gripped her inner thighs right before he thrust them open. The tips of her toes touched the ground, and then he was ripping her panties from her body. She couldn’t breathe, couldn’t think as he slapped his palms on the mounds of her ass so hard the sting traveled up her back.

“God, your fucking ass was made for my cock.” His words were so rough, so hoarse, that it was like he was more bear than man at this moment. He lifted his hand, and she only had a split second to realize what he was doing before he did it. He slapped her ass again, and again, and again, until the blood rushed violently to the surface. Ford alternated between her cheeks, and soon started working his erotic spanking down the back of her thighs. Never had Talia experienced this, but she couldn’t lie and say it didn’t make her wetter than anything before. The spankings seemed to go on and on, and Ford’s low, husky whispers seemed to fuel him on even more. “You skin is so fucking hot and red from my hands.” His lips replaced where he had just spanked her ass, and his tongue moved along her deliciously abused flesh as if washing the sting away. 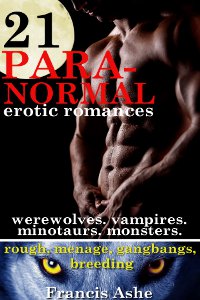 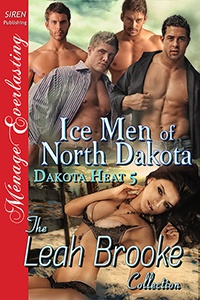 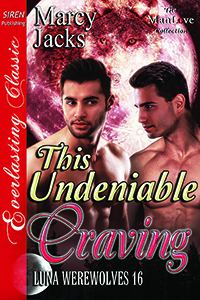 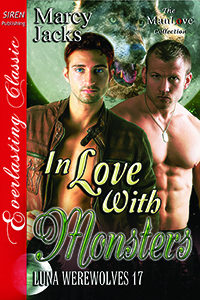