Just like he did for Halloween, Io has decided to go all out for Christmas, a holiday not typically celebrated by the family. With the decorations up, the only thing he needs to make it perfect is a blanket of fresh white snow. What’s Christmas without snowmen? There’s also the messy task of trying to, yet again, find the right gift for Cinder.

Meanwhile, Cinder has his plate full. Not only is he dealing with the sudden explosion of holiday decorations in Blackstone Manor, but the time has come for him to pick a new beta. Who is right for the position? If he doesn’t pick Io, will his beloved be hurt?

Yawning, with the sounds of Cinder stirring behind him, Io tugged aside a drape somewhat half-heartedly. What he found chased away any lasting remnants of sleep. The world was awash in white, sparkling, pristine, untouched snow. His heart skipped a beat, elation sweeping through his body. Quick as a wink he spun around and practically cleared the distance between the doors and the bed in one leap, landing amongst the pillows with a delighted squeal. That was more than enough to wake Cinder, his husband snapped into reality and out of the land of dreams.

“It’s snowing,” Io declared with a giggle. “It’s finally happening.” He bounced around on the bed like a little kid, jostling Cinder, who could only laugh. “Get up, get up, let’s go.”

Cinder put his arms behind his head, a slightly amused smile lighting up his face. “I don’t know,” he said, gaze steady on Io’s bare form, “I quite like how things look in here.”

Io looked down at himself. “Perv,” he teased.

He slipped off the bed, skipping in the direction of the closet. Dressing happened in speedy fashion, Io throwing on a pair of jeans, boots and barely remembering a sweater. When he popped out of the closet, snickering at the context, he found Cinder still lounging in bed. Shaking his head, Io headed for the balcony, flinging open the doors and ushering in a flurry of dancing white flakes. Snow crunched under his boots. By his estimate there was already nearly a foot, give or take an inch.

Io clapped his hands together gleefully, then spread his wings and took off. If Cinder wanted to be a putz, fine, but there was no way Io was going to waste the chance for some fun. He twirled and dove, flying high and low, sometimes trying to catch snowflakes on his tongue. At one point he flew to a considerable height, tucked his wings, and fell freely, waiting until the last possible second to skim along the ground, trailing his fingers in the collected precipitation.

While in the process of floating, drifting lazily like a flake, something hit Io with a thud, breaking apart on impact. Instantly Cinder’s rich laughter rang out, snapping Io from his dreamy state. He spotted his beloved on the balcony, forming another snowball. The game was afoot, though Io never really understood the oft-used saying. They spent a good twenty minutes lobbing snowballs at each other, dodging and weaving, sometimes taking direct hits. In the end Io won when quick thinking sent him into the air to shake the snow from a thick branch hanging over Cinder, who ducked behind the tree thinking it would provide cover. This time it was Io who laughed, landing near his beloved.

“Adorable,” echoed Cinder. He effortlessly closed the distance between them, drawing Io into his embrace. Their lips met in a tender kiss, one that teased at the prospect of a continuation of the previous night’s escapades. Io began to feel aroused, starving for some skin on skin contact. The desire was quickly dashed, however, as a shot of icy coldness blossomed along his backside, Cinder using the opportunity to sneak a handful of snow down his shirt. 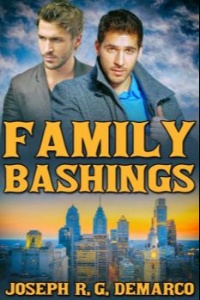 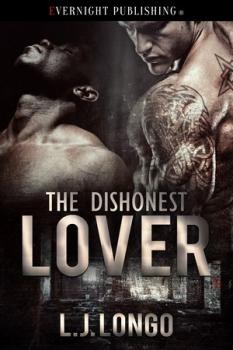