The only thing more ruthless than a killer is the girl they piss off.

On her first day of college, Natalie finds herself on the kill list of criminal mastermind Sergei Romanov. She flees and goes into hiding with Eddie, who is wanted by both Sergei and the FBI.

When Natalie discovers Sergei’s sinister connection to her past, she sees an opportunity to mend the fragments of her broken family—and give him a lethal payback.

Armed with vengeance and a gun, Natalie re-enters the criminal world where old secrets are exposed and not everyone is who they seem. As the line between right and wrong starts to blur, Natalie must decide how far she’ll go to save herself, her family, and the man she loves.

16+ due to sexual content, violence, language, and adult situations 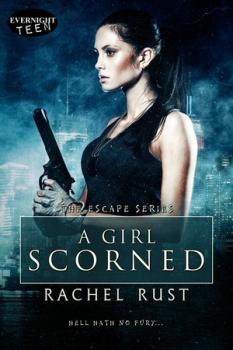 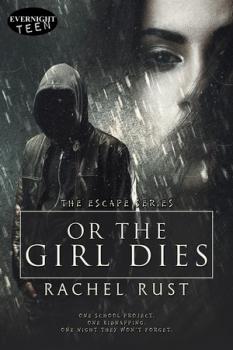 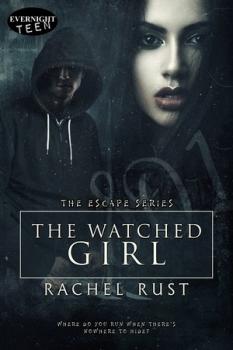 In front of the door, I stood, listening. But the only sounds were the ambient rustles of footsteps, shuffling of papers, and fingers on keyboards, all which floated through the tall ceiling of the library.

I closed my eyes and exhaled hard. Upon opening them, I knocked twice, just like the slip of paper instructed.

The door opened. A hand grabbed my arm and yanked me inside.

I smelled Eddie before I saw him. To my eyes, he was nothing more than a dark figure, looming over me. To my nose, he was familiar and welcoming. I didn’t wait for confirmation or for him to speak, I dislodged myself from his grasp and threw my arms around him, pressing my nose to his neck, inhaling him—his scent, his very being.

His arms enclosed tight around my waist, bringing tears to my eyes. I pulled back just enough to press my lips to his.

“I take it you got my note,” he whispered.

“I take it you missed me,” I replied.

The warmth of his laughter hit my forehead. He was beginning to come into focus in the low light. His smile, the sturdiness of his shoulders. His brown hair was covered by a dark ball cap that sported a white, overlapping NY logo.

“Yankees? I thought you were an Ohio boy.”

He grabbed the bill and adjusted the hat. “When in Rome.”

The space around us was much darker than the library, and my eyes had a hard time adjusting. It was a passageway of some kind. A low, yellow light shone about ten feet down, giving off just enough illumination to see the walls around it.

“What is this place?” I asked.

“Leads down to the boiler room.”

A small shudder flew through me. Creepy basements with steaming pipes was too horror movie for my taste.

“How did you get in here without being seen?” I asked. “You really shouldn’t be here at all. This place is swarming with people watching me, waiting for you. Sergei’s guys, the FBI—all of them eager to be the one to bring you down. In handcuffs or…”