A Light in the Dark (MM)

The Light Between Us 1

Christian Rivers has been single for a year and a half. Emotionally disconnected, he focuses on writing his next best seller. Unfortunately, his neighbor’s teenage son, Bret Hicks, causes trouble next door with his bad friends hanging out, smoking marijuana, drinking, and abusing Christian's dog, Darth Vader.

Incensed, Christian phones Milestone County’s Sheriff Philip Erickson to lay an animal cruelty charge. When Sheriff Erickson arrives, the two men have coffee, and a spark of attraction that has been developing between them since they met, flickers to life. But Philip is on duty and has to leave.

Later that night Christian wakes up from the sounds of breaking glass as someone forces entry into his house. He calls Philip but before the sheriff arrives, Bret appears in the door of Christian’s bedroom, drunk and wearing a Halloween mask.

In the aftermath of the drama the suppressed attraction between the two men comes to a boil, leading to new hope and mutual satisfaction for Christian and the sheriff.

A Light in the Dark (MM)

The Light Between Us 1 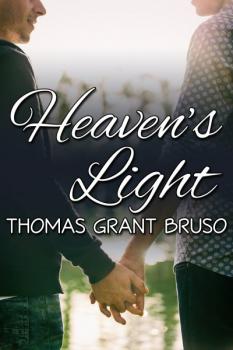 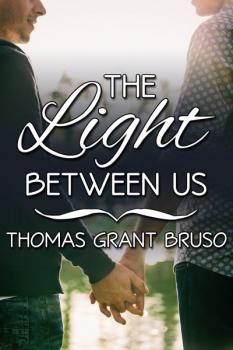 Amused, I think back to when I interviewed the sheriff for a double homicide on the south side of town during my second year of living in Milestone County. It was a hectic week atThe Milestone Review and I was running around town questioning witnesses to the murders, trying to keep levelheaded.

Sheriff Philip Erickson and his young deputy were the official chiefs on the case and I had my hand on something more than a hot story during that busy afternoon. But I didn’t know it at the time.

Sheriff Erickson, a brooding, virile presence, put me at ease, answering my questions professionally and with straightforward candor. He treated me with respect. But it wasn’t until he asked me to join him for a cup of coffee down at the police station and thank me privately for my investigative reporting on the double homicide that I knew I felt differently about him. The way he winked at me and when he shook my hand after the interview, his handshake lingered for a tad longer than expected. But I squashed the silly idea because of my loyalty and love for my then boyfriend, Russ.

Philip’s voice jerks me out of my daze. “I lost you again,” he says taking a step over the threshold, back into my shut-in life.

I have to look up to meet his eyes. “Sorry. My mind is elsewhere tonight.”

The weight of his right hand on my shoulder reassures me. “Everything will be fine. You know where you can reach me, if need be.”

I nod and my movements feel stilted.What a dork I am.

“Even if you feel like just talking,” he says. “Call me.”

He removes his hand and I feel naked and alone. I watch him turn and stroll to his car at the foot of the driveway. His body sways lithely like he is dancing with himself in the dark.

When he reaches the end of the drive, he stops, turns, and says, “By the way, Chris, I enjoyed your book recommendation of Anne Perry’s new novel.”

His words transport me back to the time when he had waited in line for almost an hour at our local bookstore, The Book Nook, for a signed copy of one of my books. I had seen him staring at me from the back of the long line. And when he finally reached me at the table where my books were being displayed and autographed, our gazes locked. It felt like a familiar flicker of energy swelling through my body, as if we had known each other for a long time.We are not strangers. His smile was warm and pleasant. He was out of uniform, wearing a polo shirt and tight fitting jeans, worn-out at the knees and buttocks, and I noticed his hands were soft and clammy when he brushed my fingers as we passed the books.

Now, I cock my head to the side and stare at him in the dazzling light of my front porch. The burden I’ve been feeling lately suddenly lifts like fog. I recall the recommendation I made in the book column I write every month for our local newspaper,The Milestone Review, along with the occasional front-page feature story.

With that, I wave and thank Sheriff Erickson for his house call.

“Get some sleep,” he yells back.

And before I close the door and slip between the flannel sheets for a good night’s rest, I get the impression Philip wishes I had offered dessert with coffee.

He’ll never know, but our thoughts are one and the same.