A New Kitchen And More

When Jasper accepts a much needed job, he finds himself hopelessly attracted to his new boss.

It's been a difficult year in money and love for Jasper. When he's hired by a wealthy client that needs his kitchen completely redone, Jasper is eager for the work and the distraction it provides from his personal woes. His new boss, Erick, is handsome and charming, and Jasper can't help falling for him despite his best efforts. He keeps his feelings to himself though, and maintains his professionalism even when Erick flirts with him. Jasper is convinced that there is no way such a gorgeous and successful man would be interested in him, but he doesn't take into account Erick's interest toward him. By year's end, there will be a new kitchen for Erick - but will there also be more than that for both him and Jasper? 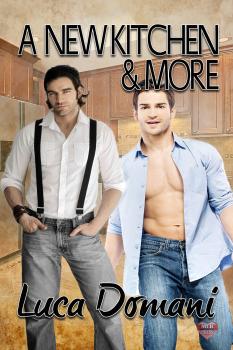 A New Kitchen And More

Jasper sat down heavily in his chair, feeling exhausted even though he had slept for a full ten hours. Some people enjoyed time off, but Jasper preferred to work --especially when the downtime wasn't by choice. He moved his mouse around to toggle the computer screen. Another dreary Monday morning, and he knew there wouldn't be any e-mails on his work account. On his personal account was an e-mail from his sister, inviting him to visit for the holidays. Jasper flagged the e-mail so he would remember to answer later. Truth was, although he loved Joanna dearly, sometimes it was difficult for him to spend time with her. His sister was a mother of three, with a thriving restaurant, and a husband that adored her. Jasper was happy for Joanna, but he couldn't help being jealous of her wealth in love and career. He lived by himself in a fixer-upper that he had bought a few years ago, that had yet to be fixed up. He hadn't dated for months, and his last serious relationship had imploded when he could no longer afford to spoil his boyfriend.

It had been a tough year in money and love; Jasper had barely broken even on his expenses. He subsisted on ramen most days, trying not to think about how much MSG he ingested. In better times, Jasper loved his organic foods and strove to be as healthy as possible. But those expensive habits had fallen by the wayside with the lack of work. He had been an avid runner, but now he felt reluctant to even leave his bed most mornings. He thought he might be getting depressed, but his minimal health insurance had a high deductible and he couldn't pay out of pocket to see a doctor. Add a broken heart to his list of woes, and Jasper was struggling to keep the positive outlook he usually had during better times.

Jasper clicked over to the inbox for his business account, expecting nothing. To his surprise, there was a single e-mail from an Erick Graham, with the subject, "kitchen renovation". Jasper clicked on the e-mail eagerly.

I would like to schedule an estimate with you. I have a kitchen that needs a full overhaul --new floor, cabinets, appliances, everything. I know you are primarily a cabinet company, but perhaps you have referrals for the other work. I need the kitchen done before the end of the year --I know this is a short timeframe, but I am hoping we can work something out. Please let me know if you would be available.

Jasper couldn't believe it: an actual job. Potential job, he reminded himself. Erick had left a phone number at the end of the e-mail. Jasper glanced at the clock; it was already past ten o'clock. He needed coffee before he did anything else. A shower would be good too. He quickly loaded the percolator with grounds and set it to brew, then went to the bathroom.

The reflection that greeted him in the mirror made him wince. Tired hazel eyes gazed back at him as he eyed himself critically. He had an uneven layer of scruff along his jaw, which was almost a beard but not quite. His brown hair was greasy and limp, and he needed a haircut; his hair almost brushed the tops of his shoulders, and he was constantly moving it out of his eyes. The haircut wouldn't happen today but he could at least shave. He pulled his shirt off, and again, the mirror made him sigh. His usually flat stomach was starting to get flabby, although he had actually lost weight. The lack of exercise was making him soft. Shucking off the rest of his clothes, Jasper got into the shower, grateful for the hot water that beat down on his head and shoulders. He scrubbed himself thoroughly, using extra soap for good measure. Once he stepped out of the shower, Jasper toweled dry and slung the towel about his waist. He wiped away the steam that had condensed on the mirror and took his razor and shaving cream out of the medicine cabinet. He scraped at his face and neck, managing to clean up with only a couple of minor cuts. Jasper tilted his head to check his face at different angles. Satisfied that he was presentable, he went back into the kitchen to drink his coffee.

He grabbed a chipped mug and filled it with the coffee. He made a face when he drank it; usually he preferred some cream in his coffee, but his fridge was empty. He forced himself to gulp it down while staring out the window above the kitchen sink. It was a gray day in the middle of November. He had been dreading Thanksgiving and planned to spend it alone. He figured he would still be spending it alone, but at least now there was the possibility of work. Jasper put on a faded T-shirt, and a soft flannel shirt in blues and greens on top of it. He slipped on a pair of jeans and padded back to his office barefoot. Setting his half-finished coffee by the computer, Jasper picked up the phone and dialed Erick's number, reading it from the screen.

"Hi, I'd like to speak to Erick?" Jasper said, suddenly feeling nervous. He wasn't a fan of using the phone, although it was necessary for his business. Irrationally, he was always anxious when he had to call someone.

"Hi, this is Jasper from Jasper's Cabinetry. I got your e-mail?" Jasper cringed at the way his voice lifted at the end of the sentence, making it a question.

"Oh! I didn't expect to hear from you so soon," Erick said with surprise.

"Yes! If you're available, could you come take a look this afternoon?" Erick asked eagerly.

"Uh, yeah, let me check my schedule." Jasper wondered why he was putting on the pretense; of course he was free this afternoon. He didn't want to seem desperate, though. He placed the phone down and waited a few beats before picking it back up again. "Yes, I can come by this afternoon."

Jasper checked the clock at the corner of the computer screen. Eleven thirteen. "Yes. I can do that."

"Wonderful," Erick replied. He gave Jasper his address and they said good-bye.

Jasper put the phone down and took a breath. Meeting with a potential client didn't mean the guarantee of a job, but he was counting on most other remodelers being booked or not interested in a holiday project. And Jasper could work through Thanksgiving and Christmas if needed. 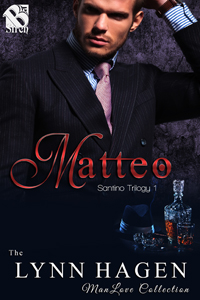 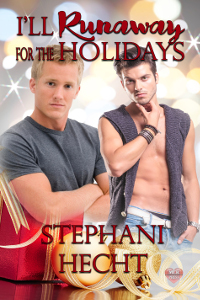 I'll Run Away For The Holidays
Stephani Hecht
In Shelf
$4.99

Losing It in the Closet (MM)
Michelle Graham
In Shelf
$2.99