A Night of Hunger (MF)

The Red Lantern is an S&S club in San Francisco’s red light district. The people who go there want to see the infliction of pain and blood, but when the Countess puts on her occasional demonstration, the audience gets much more than they expect.

Someone in the group of people has been silently picked by this queen of the night to be the next victim in her quest to staunch the hunger she feels throughout her lovely body and evil soul. 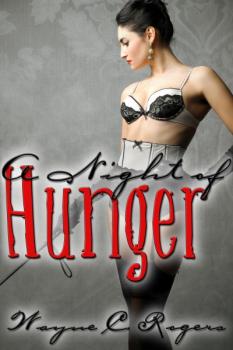 A Night of Hunger (MF)

Heading down the alleyway as if it were the Red Carpet on Oscar night, she watched the heavy metal door to the Red Lantern open for her. She was treated like royalty at the lounge. In fact, the owner of the place was one of her personal slaves. As the Countess entered the dark interior, she ignored the doorman as she and her chauffeur made their way through the crowd of eager perverts who’d gathered at the lounge tonight to witness her skills with a bullwhip. She was a legend in the city’s underground S&M community, and almost every submissive man who laid eyes upon her wanted to serve as personal slave. In fact, it was the main reason she was at the Red Lantern tonight. She was hoping to find someone to take home with her after the demonstration was over.

The lounge was a large square-shaped building. There was a raised-up stage on one side, three-dozen round tables in the center, and an antique, L-shaped mahogany bar on the opposite side. Whenever the Countess appeared at the lounge, it was always jam-packed with true sadists and masochists from around the Bay area. Tonight all the tables in the room, except for one, were occupied with three-to-four drinking customers, and the bar was filled to capacity with no standing room. Everyone was here to watch her do her stuff. The male slave who was unfortunate enough to volunteer for her demonstration would end up having the flesh whipped from his back and buttocks, while the audience cheered.

Taking off her coat and giving it to Dimitri, the Countess watched him walk over to the one empty table in the far corner of the room and then take up a guarded position in the darkness. She made her way between the packed tables and stepped up to the stage to a round of loud applause from the audience.

“Happy Halloween,” she said, smiling at the familiar faces below her and in the far back. “As most of you already know, this evening is special. It’s the one night of the year when women rule and men subjugate themselves to the feminine spirit. I intend to give you a show tonight which won’t be forgotten.”

Another round of clapping erupted and went on for almost a minute.

“What masochist among you would like to volunteer for my demonstration?” she said. “Who has the courage to suffer under the harsh touch of my whip?”