Come to the Scottish Highlands for a little holiday romance.

Skye Foster heads off to a remote village for Christmas, hoping to find some peace and quiet. However, she didn't count on crossing paths with Callum McIntyre, the man who broke her heart ten years ago. Even worse, now she's snowed in with him at his cottage…trapped. Will she be able to resist his charms…and does she really want to?

Callum never expected to run into the woman whose heart he once broke. She's still as gorgeous and stubborn as ever. He let her go once, and he won't make the same mistake again. But he knows it will be extremely difficult to convince her to give him another chance. 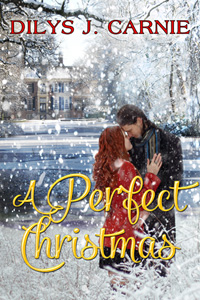 How long had he been gone? Then he remembered one glass used to be her limit, and it looked like that hadn't changed. He grinned as he walked toward her.

"Hey, I've brought chocolate. Perhaps it should have been black coffee." Callum set the tray on the table before sitting on the floor with her.

"No need," she said, taking a large gulp of the wine. Picking up the bottle, she poured some into a glass for him then topped up her own.

He surveyed her work while he sipped the Shiraz.

"What?" she asked, tucking a stray piece of hair behind her ear.

"Your tree looks slightly…off," he said, tongue in cheek.

She let her head fall to one side while she examined the plant. "I think your house is crooked," she said as she blew that same piece of hair off her face.

He smiled. "Still can't hold your alcohol I see."

She looked at him then picked the glass up, taking a fairly undignified gulp, and he raised his eyebrows.

"No." She giggled and fell to the floor snickering. He managed to catch the glass before it landed on top of her.

"How many of these have you had? I was only gone ten minutes."

To his mind she was flat out, but adorable with it. He set the glass down next to his and lay beside her. "You're drunk, Skye. On one glass!"

She lay on her side, resting her head on her hand as she looked at him. "I know," she said with a silly grin. "I wish I could hold more. It's embarrassing that after one glass I have to stop and have soft drinks. My friends think it's hilarious."

Her eyes were glassy, her lips parted. Red curly hair askew, flushed cheeks, she was beautiful.

"Should I go make some coffee?" he asked.

"No, not yet. I like feeling this way." She looked down then back up at him under her long, dark eyelashes. "I like being with you."

"Hmm." He waited for her to continue, and he turned onto his side, facing her, his position mirroring hers. "Tell me."

"Well." She shrugged her shoulder. She'd already taken off his sweater, and his t-shirt slipped from her shoulder, and those freckles stared back at him, winking in the lamp light. Her hand settled on his chest. "You're warm and strong…you make me feel special."

Skye's fingers distracted him, and she eyed him with a mischievous smile tugging at her gorgeous mouth.

"You are special." He covered her wandering fingers with his own. He didn't think it was appropriate to take advantage of her now, but if her hand continued to move in the direction of his zipper he knew he'd be a goner.

"You didn't think so ten years ago," she whispered.

The hurt in her eyes was heart-wrenching. He hated to see her like that.

"Skye, we need to talk about this, but not now, you need to be sober."

"If you're saying I'm drunk, I'm not. I'm just a little in…un…inebriated." It took her two attempts to get the word out.

He laughed. "Say that word again in one go and I'll believe you."

She tried, but she couldn't. "Well, maybe I am a little drunk," she said before falling onto her back. 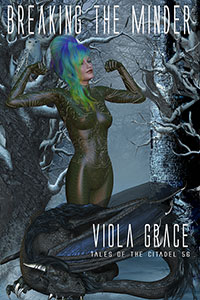