Is a school fight ever a good thing? Can detention be a lot of fun? Is cleaning the cafeteria punishment or an adventure?

When the new student Sid defended took his breath away, made him feel brave, and changed his life, he knew he was going to pay for fighting at school when he got home, and he does. He remembers telling his little sister to dial 911, and now Daddy is hauled off to jail, and he wonders if his world is falling apart.

But Royal has walked into Sid’s life and his heart, so maybe the end is really just a new beginning. 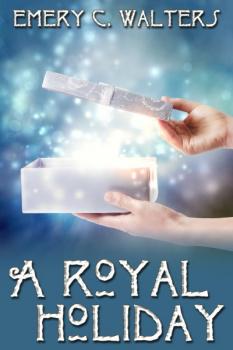 Sid’s thoughts couldn’t stray far away from his time with Royal though. His heart filled with joy one moment and in the next he berated himself for being an idiot. Sucking down a hotdog? Oh my god. And he’d forgotten to finish cleaning the cafeteria. Maybe he’d get to, well have to, clean it for another month. The prospect of all that free food was wonderful. Maybe Royal would have to clean it with him? Ha ha. That would be so cool. Oh my, am I in love, he asked himself? It’s too soon for that, isn’t it? And who cares! That boy is the most beautiful thing I have ever seen.

As he made his way across town to his sister’s school, his mood and his face changed at least a dozen times. Happy, fearful, proud, ashamed, scared, and then that whole love thing again. That feeling was so totally radical, so new to him. Of course he loved his family, well, some of them, especially this little sister, but still, this was different. It wasn’t just a teenage romance, he thought, because when you’re gay, you have this whole ‘don’t get a crush on a straight boy’ thing. And for God sake if you get a crush on a gay one, don’t let anyone know. Also, don’t get your hopes up, because you live in a small, backward hick town. You go to a small school. You know everyone, and then the ever popular question that wracks you every night, lying there in the dark, what if I’m the only one, what if I am all alone. There is nobody else like me. I’m alone and I’ll always be alone. Everyone else is ‘normal’. You know in your head, you read it online, that it’s normal to be gay as well, that it can be scary to discover this about yourself, that nobody chooses it and it’s not a choice anyhow. You discover it. You uncover it, he thought. He realized that the words ‘everybody else’ and ‘nobody else’ were trigger words for him, and comparing himself to ‘everyone else,’ was not a healthy thing to do. Not for him.

Yeah, you uncover this about yourself, that you’re gay. It was like digging up a dead body when you’re expecting a treasure chest.

Sid began to think about what it would be like to be out and proud. Out of the closet. Sure of himself and OK with who he was. Accepted by his family, his friends, his school. Opening that door, coming out, would be like a smash course, a crash course, in self-acceptance -- and courage. What would really happen though? Would he get kicked out of his house? It might be a relief, if he had somewhere else to go and a way to earn money. Hmm. Something to think about that he’d never dared think about before. As for school, he was getting called names and being bullied anyhow, so what difference would it make? Would it be better or worse? Would his present friends still accept him or would they flee in horror? Would he find new friends, friends like himself? And lastly, what about gym class? That sent a shiver up his spine.

He knew the local police had just started an anti-bullying program that so far had only a phone number you could call to report bullying. He’d not paid it much attention as his peers and he himself had been so indoctrinated against ‘tattling’. Tattling was apparently a huge crime. Apparently it was a far worse crime then the mental and physical torture he and some of the other kids, gay, fat, slow or whatever, were receiving every day. 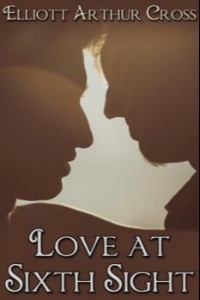