A Secret to Die For (MM)

Brian Newell is an average young man, working in a coffee shop. That is, until he learns he’s the sole heir to his grandfather Alistair's fortune. A grandfather he didn't even know he had. There is a proviso, however. He has to live in his grandfather's house for one year, and take care of his macaw, before he can inherit anything.

Conley Finnegan was close friends with Alistair, cataloguing his book collection and tending to his yard. He’s less than happy when he meets Brian, or so it seems. But that isn't quite the truth. Conley has a deep secret, and part of it requires Brian in his life -- but only as a friend.

However, his wishes to the contrary, Conley falls in love with Brian, and vice versa. That small problem, as Conley thinks of it, will impact their lives in ways neither can imagine.

A Secret to Die For (MM)

Heat Rating: Sizzling
Word Count: 40,207
1 Ratings (5.0)
Paranormal Alternative (M/M, Gay) Erotica Fiction
In Bookshelf
In Cart
In Wish List
Available formats
HTML
ePub
PDF
Mobi
Cover Art by Written Ink Designs
Reviews
Excellent story with a mysterious secret! As a sixteen year long parrot owner I loved seeing a bird character as well. In real life they are more like rampaging two-year olds with a taste for chewing up woodwork, (I have to keep sanding down chewed up bits on my kitchen cupboards), but very engaging. It was a great story about a young man who inherits a house with a HEA!
nowyat
Read more...
Excerpt

Conley knew that he'd pissed Brian off. He hadn't intended to. He thought their playing with Sir Kenith might ease the tension between them. Tension he'd initiated to get Brian's attention. It had worked, but not the way he'd hoped. "Because I was stupid."

"Later, bird. I have to see if I can fix things." He set the macaw on a branch and made his escape before the bird could follow him.

It took him a few minutes to find out where Brian had gone. Then he saw him sitting on the patio. He was doing something, but from his viewpoint through the open patio doors Conley couldn't tell what, so he moved closer. Apparently, Brian was so engrossed in it that he didn't hear him approach, which gave Conley a chance to look at the drawing he was creating.

He inherited Alistair's talent, if this is any indication. The drawing wasn't complete, but what Brian had done so far was detailed and yet had an abstract feel to it in the play of light and shadow. How often did I try to get Alistair to do more than hang his paintings here, or on the walls at his company? Too often, with no success. He chuckled softly.

Brian must have heard him because he glanced up before quickly closing the pad. "Prying?"

"Not in the least." Needing an excuse to be there, Conley added, "I have to mow the lawn. It's beginning to look like a jungle." He took a couple of steps toward the edge of the patio and paused. "Were you sketching something?"

"Yes. I find it relaxes me." Brian smiled briefly. "Of course now I have to head to work, which will have the opposite effect."

"May I see," Conley asked, holding out his hand. Brian hesitated before giving him the pad. There were only three drawings. The two completed ones were, in Conley's opinion, very well done and he said so.

"I'm an amateur, nothing more," Brian protested, ducking his head at Conley's praise as he took back the drawing pad.

"I disagree. I think you have talent. As much talent as Alistair did. Of course when I told him so he demurred, the same way you are. 'It's a hobby, nothing more,' he'd insist and I couldn't convince him differently."

Brian worried his lip between his teeth. "I sometimes dream of taking art classes."

"Well, now you can afford to."

"In a year, maybe, when I've fulfilled the provisions of Grandpa's will."

Conley decided now was not the time to argue the point, when Brian was finally starting to open up a bit. "Until then," he said instead, "keep on drawing, and maybe try you hand at painting. I know for a fact Alistair has a ton of supplies in his studio. I'm sure he'd rather you use them than have to toss them because they ... Do oils and acrylics have an expiration date?"

"Probably." Brian stood, starting to the door. "I might do that, but right now --"

Conley watched him until he was out of view inside the house. Take it slow and easy. Don't ruffle his feathers again. I've got almost a year to do what Alistair and I planned. If I don't succeed by then ... He sighed bleakly as he went to the garden shed to get the lawnmower. 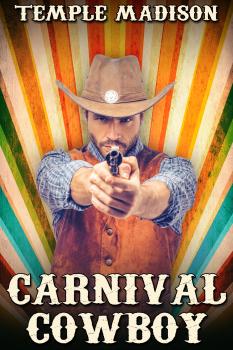 It Takes an Archaeologist (MM)
Edward Kendrick
In Shelf
$3.99
Tweets by
sirenbookstrand