Danielle seeks somewhere to hide from her past and finds something out of this world.

For the past five years Danielle and her son Ollie have been the only residents on the Vanish Isle. One night she's awoken by a loud noise. Fearing that the monster from her past—the man she's spent years hiding from—has found her, she investigates the house with the first weapon she can find held firmly in her hand. She will not hesitate to knock the man out cold.

Needing a holiday, Leo decides to head to his childhood home for a rest only to be accosted by his house sitter. But he can't be angry with the beautiful woman, because as soon as he sees her he knows that he's found his mate at last.

Danielle's five-year-old son forms an immediate bond with Gracie, Leo's eight-year-old ward, but things move at a much slower pace for Leo and Danielle. He senses that she's been hurt and doesn't trust anyone. He knows it will take some time to win her over. Only then will he break the news to her that both he and Gracie are gorilla shifters.

Can Danielle learn to trust and love? Can she accept a shifter mate? And what will happen when her past finally catches up with her?

Danielle jumped and her head spun around to the window when the strong wind blew something against it outside. She squeezed his hand harder.

"You think I'd be used to that by now." She puffed out a breath and turned back to the fire, her hand still holding tightly to his.

"Even after growing up here and visiting many times over the years, it still spooks me when that happens. Even a big man like me can get frightened by something as simple as a spider." A cold shiver of fear shot down Leo's spine; he really hated those bloody insects.

Danielle looked at him with suspicion, her lips twitching in the beginning of a smile.

"I mean it." He nodded earnestly.

Danielle didn't hold her smile back any longer, and she started laughing.

"All those eyes and hairy legs," he continued. "Eww. Gracie thinks it's hilarious when I see one and call for her to get rid of it. I can't believe that little girl can pick one up and take it outside as if it's a pet."

Danielle laughed harder. "You can't really be afraid of them, right?" she said between chuckles. "I mean, you're a huge man with muscles everywhere, you could just stomp on them or pick them up yourself. I'm sure the spider would be more afraid of you than you are of them."

He quickly shook his head, denying it. "Nope, definitely not. Eww. No." Leo grimaced, slicing his hand through the air. Just the thought of one touching him made the tiny hairs on his skin rise.

But his disgust fell away when he realized what she'd said. He stared at her, his head tilted, an eyebrow raised, and a smirk grew on his face. Goddess, how her eyes sparkled when she laughed.

"You've been looking at my muscles," he teased. "Oh, my word, you've been checking me out." He chuckled and rippled his muscles under his t-shirt. He lifted his left arm and flexed his bicep, giving her even more of a show.

She looked at him through her dropped eyelashes, a slight blush covering her face, and both of them giggled.

"They're hard to miss when you walk around bare-chested," she said defensively.

Oh, he had done a lot of that in the last three months. Every time he had the chance, he'd taken his shirt off, or not worn one at all. If he'd been a peacock, he'd be mated and have an infant already on the way. His heart thumped at the thought of Danielle swollen with his infant. One day, Leo. One day.

Leo whipped his shirt off and knelt up. Flexing each and every chest muscle, he teased her a little more. "Come on, I mean what is there not to like about these?" He gave her a wide smile, indicating his chest.

Her cheeks now were a ruddy shade of red. He saw brief glimpses of fear flash through her eyes before she stared down at her wringing hands in her lap. He wanted so badly to know who had put that fear into her sweet, lavender-colored eyes.

Concern had him edging toward her a little more. He tucked a finger underneath her chin and raised it. "Hey now, I was only having some fun."

It was as if she couldn't look at him; even with his finger lifting her chin, she didn't meet his eyes.

"I'm sorry. I just… It's…" She blew out a breath and then met his eyes. Hers sparkled, but this time with unshed tears.

"Talk to me, Danielle." He pulled her into his arms as he settled back to sitting on the floor with his back against the sofa. "You told Larry you wanted time away after breaking up from a bad relationship." Leo knew he was treading on thin ice asking her about her past, but he knew if he didn't, she might always be afraid to be with him. "Tell me about him?"

Danielle stayed cuddle up into him but remained quiet. As the silence stretched between them, Leo was afraid she wouldn't speak.

"He wasn't a lover," she said finally.

Leo's heart pounded as he waited for her to continue.

"I was kidnapped and held against my will for about a year." 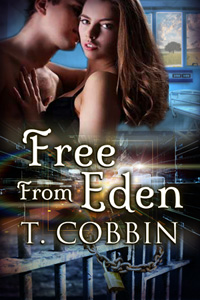 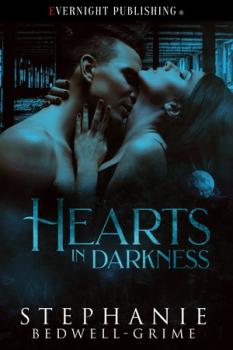