Patrick Sterling, a shy fifteen-year-old in a tight-knit family, dreams of attending the University of Virginia and, maybe, of asking his sister's friend, Cammie, on a real date. But he's in far too much of a hurry. When he accidentally meets Santa Claus in the men's room of a mall, he wishes he could skip ahead three years, and avoid all the mess of high school.
On Christmas morning, he gets his wish. He is now eighteen year old "Trick," a senior jock content to skip college and bed one babe after another. And he's horrifiedhis family is rapidly unraveling, his friends have deserted him, and the first time he sees Cammie, she flips him the bird.
He has one semester left to stitch his family back together.
And get A's in all of his courses to make it into college.
And pitch his baseball team to victory.
And understand Judaism.
And get his sisters dates for the prom.
Oh, and try to get Cammie to pull that pejorative finger back down 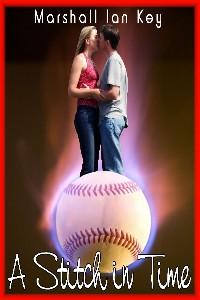 Etiquette required that I continue staring at the wall in front of me, although etiquette also required that this new visitor use the right-hand urinal rather than the one in the center. Apparently he hadn't heard that. I could sense him stepping up next to me, leaving us separated only by the shoulder-to-knee metal divider.

"Ho-ho-ho," he said with a chuckle. "So what are you wishing for this Christmas, young man?"

I glanced over. This would be the mall Santa, on a break from posing for pictures with tiny tots with their eyes all aglow.

I acknowledged him with a grin as I returned my eyes to the front. I had no idea his red suit had a zipper in the front.

"Well?" His booming voice reverberated inside the tiled room. "There must be something you want!"

"Can't think of anything."

I was still grinning. Here was a guy who loved his work. I finished up and walked over to the sinks to wash my hands.

"So you've got everything you want in life already?" he asked, still with the loud voice. "Everything's perfect?"

"Well, no," I said. "All right, you know what I'd like, Santa? Instead of just starting high school, what I'd really like is to be finishing it."

"That's a pretty tall order, young man." Santa laughed as he joined me at the sinks. "So basically you just want to skip all this annoying adolescence and go straight on into adulthood, huh?"

Was Santa Claus mocking me? I looked at him in the mirror, but he still wore the same jolly expression, even on his break.

"I was more mature at six than most of the guys in my high school will be when they're thirty-six," I said.

"Maybe so." He laughed again as I dried my hands and pulled open the door. "Have a Merry Christmas, young man!"

"Yeah, you too," I mumbled as I let the door close behind me. 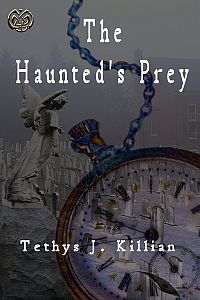 The Subbiest Sub of the Club (MFMM)
Cooper McKenzie
In Shelf
$3.99
Tweets by
sirenbookstrand