Can a witch gain her freedom to live as she chooses between Memorial Day and the Fourth of July?

A man was not exactly what Meranda was looking for when she went to her grandfather’s grave for a ritual of remembrance on Memorial Day. However, what she thinks is a ghost in the heavy shadows of the night ends up a vampire.

When Meranda’s grandfather lay dying on a bloody battlefield in WWII, Alexander promised the man he would take care of his family if he got out of the war alive. Even though he returned to the states a night walker, he has done his best to honor that promise from a distance.

When Meranda is hurt due to his negligence, Alexander valiantly fights his own desires for her blood to save her. Only, once she is better, their lives clash. But, using a little magic, she plans to win their war by the time the fireworks light up the sky on Independence Day. 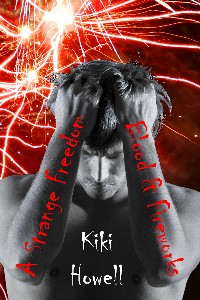 “I found the settings to be highly descriptive, giving the reader the ability to not only picture the setting in your mind but to feel the elements that surround the characters. Kiki portrayed the two characters Meranda and Alex, with depth, emotion and extraordinary perception. The desire that the two of them feel is palpable and literally burns the pages. She shows us that regardless of age, a woman can be the predator when it comes to taking what you want. The sensuality and eroticism Kiki describes certainly had this reader breathing heavily.”

“Kiki Howell does a great job of keeping A Strange Freedom: Blood & Fireworks moving while giving us history of the characters, a depth and range of emotion and some steamy bedroom scenes. ”

Warm air blanketed her skin as dusk fell. Gravestones littered the ground at her feet. Most no longer stood straight, weathered beyond repair. Two trees that had stood the test of time gathered bits of the receding sunlight on their new leaves. What was left of a wooden fence clung to one of the tree trunks looking frail, broken, but not yet ready to give up the fight just the same.

Her grandfather’s grave stood at her feet as a rock-solid reminder of what some families must give up for freedom. Meranda touched the stone, which simply read, Arthur Tulbure, Loving Husband, 1924-1945. It seemed colder than it should be, but she let the chill enhance her perceptions. The cemetery was always more restless on a day like today, or maybe she was just more open to it being so.

A gifted witch, she had empathic abilities, just not as much with the living as with the dead. Feeling the broad range of emotions of others could be a very taxing skill. Yet, when a person can perceive the consciousness of the spirits that haunt the earth, the experience can wipe them out. If she let it, it could leave her feeling like nothing but a ghost herself, angry, sad, and alone…dead inside.

She didn’t choose to live her life that way though. So, she fought for a normal existence, often protected herself against the dead’s haunted and erratic emotions, and tuned them out. However, today, it being Memorial Day and all, she opened herself to the spirits who had died heroes, serving their countries. It was the least she could do, less still than they deserved.

Once she opened herself to the mental states of the cemetery’s ghostly inhabitants, tears stung behind her eyes. Today it seemed proper to blink and let them fall openly. Her grandmother’s spirit stood steadfast beside her, almost so strong that she felt real, as they both cried. The elderly shadow of a woman hunched over with her grief. Someone who had not known her may have even thought her frail, but her love emanated anything but. Her grief, as tangible as the mist rolling along the hillside toward them, swirled around Meranda. Getting closer to her grandmother, the chill pricked at her flesh. Insufferable pain weighted her heart, made her gasp for air.

“Grandma, please move on. Let go. I will be fine here without you. Grandpa let go of this realm a long time ago. He is waiting for you. I am sure of it,” she pleaded kneeling down beside the elderly ghost, wanting to touch her, to feel her embrace as well…but she faded away. Even when alive, the woman had never let Meranda witness her tears.

She let her head fall to the stone between where her hands clenched it. Rocking herself back and forth, she tried to push out her own energy from her body to block the waves of loss that assaulted her from all directions. It sapped her energy, made her vulnerable, and left her to stand on wobbly legs.

A rush of warmth, as thick as a blanket, washed over her back like a physical hug. Empathy directed at her. But, where had it come from?

Looking up, the fog from the river far below increased at a steady rate. No longer could she see the house lights in the valley or even more than three rows of headstones away from her body. It appeared as if she’d ended up on an island tonight, the only human for miles, even though she was far from alone. Looking around, she knew an otherworldly being behind her offered her comfort. Yet, no matter how she squinted, she couldn’t make out any apparition.

“Thank you, whoever you are,” she said to the mix of colors below her, the grayish mist that surrounded the brown tree edged in the fiery orange of last light of the day. Turning back, she began the ritual of remembrance her grandmother used to do with her. Like it was an innate knowledge, she cast a circle, lit her candles, called the directions, and drew down the moon.

“Birth and death, over and over, none shall ever die alone,” she whispered to the stone.

He didn’t.The words rang out in her mind, but she could discern that they were not her thoughts. Again, the presence from behind her, a male spirit, more restless than she usually encountered, existed stronger than the others. Her pulse quickened, and she struggled to focus on the rite. While she was used to the base, more negative, emotions of the dead who walked the earth, actual words she’d never heard.

Something was different. While frigid air seemed to caress her neck under her long fall of hair, a tingle of warmth also flooded her middle. This spirit had a different essence, one familiar, which comforted her, even though she’d not known the person in life. She remained sure of that fact. This particular spirit though permeated her defenses as none had ever done before, a steady presence that had followed her most of her life. Some spirits just attached to living people that way. Yet, tonight this familiar entity came on differently, more forward with an undeniable strength. With a deep breath, she envisioned a white shield of light around her and turned.

A face, one pale with deep-set eyes as dark as night, formed from out of the fog. Having expected a ghost, this image appeared much too concrete. She stepped back with a faint shriek, and her foot bumped at an awkward angle against a candle. Time along with her physical reactions seemed suspended by the blur of the image before her. As the man flew toward her, she fell. 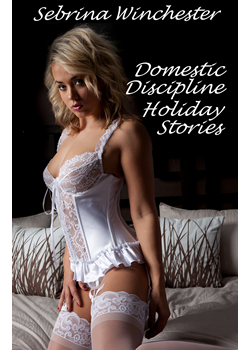