A Stranger in Paradise

As Alpha of the Paradise clan, it's Adam Greer's duty to save his people from extinction. With Nick Hill, his beta's help, he tracks down a descendant of one of the families that broke away from the pride many years ago. They can only hope that TJ Woodward agrees to come back to Paradise as the first newcomer in generations, to infuse the clan with new DNA.

Nina Bidel, a close friend of bestselling suspense author, TJ Woodward, finds dozens of half-written manuscripts when she packs away his estate after his death. With his will naming her his sole beneficiary, she sees no harm in completing the books TJ started. But someone out there is determined that the novels never see the light of day.

When they think they have finally caught up to TJ, intent on bringing him to their home, Adam and Nick realize the last several books released weren't written by TJ Woodward, but by spunky Nina Bidel. Nina jumps at the chance to escape the men determined to kill both her and TJ's remaining novels. None of them expect the chain of events her deception is about to unleash.

A Stranger in Paradise

Damn! If he wasn't so pressed for precious time, he'd pursue her. A little recreational sex was just what the doctor ordered. He'd loved watching her. Then she'd gone and disappointed him by eating too quickly and leaving barely ten minutes after they arrived. Still, by the way she carried herself, he'd bet she was beat. Even the dark circles under her eyes couldn't detract from her loveliness. It merely brought out his protective instincts. His cock grew hard at the mere thought of sinking into her moist heat.

Nick leaned toward him, his telepathic link clear, Will you stop it already?

Adam's eyes widened. I'm sorry. I didn't realize I'd connected with you.

Well, you did. Don't you usually connect with me when you see a prime specimen like her? Nick gave a snort of derision. Now my cock is near to bursting with no relief in sight. It's been years since I've felt such an intense craving for a woman. I want nothing more than to seek her out, bury my head between her legs and lap up her woman's thick cream like a cub.

Adam could only agree with that idea. It wasn't until they both saw the woman slinking through the darkness on their way to their room that their suspicions were aroused. He held up his hand, silently stopping Nick in his tracks. 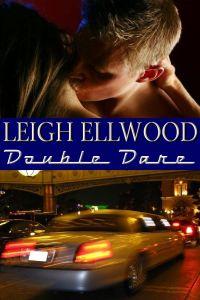