The chase is over. For Rebecca, Daniel, and the rest of the Forgottens of Second Salvations, there is only one choice: get with the program or die. But there’s a spy lurking somewhere within the cabins of Angel Island, someone with contacts in the outside world. Ruth Black is determined to find out who it is before the world learns the truth about her—and about the special punishment ministry of her husband, the Reverend Matthew.

Rebecca and Daniel are not destined to remain forgotten very long.

Welcome to New America: one nation, under God. An island prison, just for kids, built to convert the very worst of them. Kids like Rebecca and Daniel, with one impossible task:

16+ due to violence and language 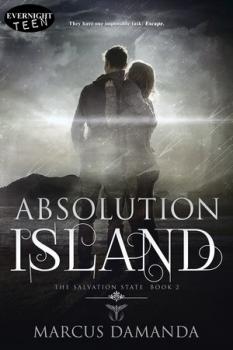 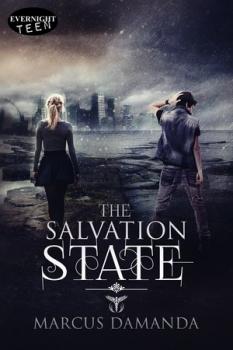 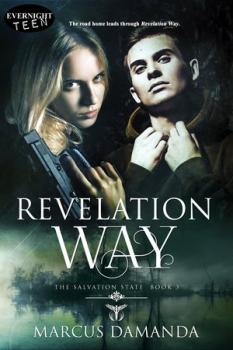 You already know, Rebecca thought. She returned his smirk. You know, and you think I’m crazy. But you’ll still say yes.

The rain had stopped. The fence had gone silent. Fog gathered.

The game she had mentioned—taking turns to conjure up a step-by-step plan to accomplish an impossible task— could be more than just a game, if they played it well enough. Carefully enough.

“Escape,” she said. She gave Daniel’s hand a squeeze, locked eyes with him, and waited.

“First step’s on you,” she said. Then she looked up at the clock tower. Five minutes until lights-out. “Better go.”

Daniel sighed, nodding again. Then he reached behind her head to draw her close, brushing her cheek with his thumb. Here—right out in the middle of the quad. Sure, it seemed empty enough right now, but…

She eased his hand from her. She smiled at him but shook her head. And she dashed away before he could say anything more.

There wasn’t time. Being late for lights-out would mean trouble. It would mean tallies. She passed the clock tower, splashing through the flooded footpaths that would lead her back to her cabin at 12D Bethlehem Street.

When she saw him again, would he have the first step? If not, she’d have to come up with it herself and let him think of Step Two. She considered. What was the first, most immediate, problem?

But no—that wasn’t how the game was played. It had been her challenge. The first step had to come from him. If this could be somehow fun, then they’d feel free to be creative, to share any crazy idea that might cross their minds. And that was what she needed him to do. That was what she needed herself to do. Let it somehow be both real and a game. And that means not breaking the rules.

Daniel goes first. There’s no need to think about it until he’s had his turn.

As for being tardy at lights-out, she was more worried for him than she was for herself. Rebecca had Philis for a cabin-sitter, and Philis would be gone a while yet. Daniel, meanwhile, shared a cabin with Asher, who had given Daniel three tallies already and was likely to be waiting for him. It was a long, long time until next Saturday night, when the Absolution Tally Board would clear again.

The magic number is ten, she thought. Which means Daniel can hardly afford to get even one tally a day.

It was going to be hard for him, not having been brought up in the church, to learn how to stay out of trouble in a place like this. She didn’t know if it could even be done. Escape, crazy as the word sounded in her own mind, might actually be easier.

Escape to where? she asked herself for the thousandth time. Even if it can be done, you still have no idea where to go.

And again, she answered herself with, We’ll just have to part that sea when we get to it, chicken guts. It was her devil’s half talking again. She made no effort to tune it out. Stepping up the soft wooden steps at her cabin’s only door, feet squelching on the creaking wood, she found she was becoming more and more comfortable with that half of herself.

She glanced back over her shoulder, downhill, toward the clock tower and the quad. Daniel had gone. He had two minutes to get himself inside.

Hurry, she thought. You don’t want to keep Asher waiting.