Adira Lora never thought the love of her life would be a prisoner of war who kidnaps her at gunpoint. When Craegin General Fintan Daykin forces her to help him escape from an Imarian prison, Adira finds herself ripped away from the only home she’s ever known. All of a sudden she is the captive, bound for a world where the men were born to rule…and dominance is a way of life. She never expects to realize the Craegins are not the barbarians her people have made them out to be, and soon finds herself falling for the large, strong warrior.

“Since you have locked everything down you should let me have a look at your injuries.” She should just let him bleed to death, but with him having locked her out of her own ship that would end very badly for her. “It’s beneficial to me for you to survive. The least I can do is tend to your injuries. I am a medical doctor, allow me to assist you.”

A derisive snort was her only answer as he continued away from her. He disappeared from view a couple of times, checking out the additional spaces afforded on the craft. Finally he reappeared from the sleeping quarters and signaled her toward him.

Adira cautiously moved forward. “Yes?” she asked as she looked up into his gray eyes. They were actually rather beautiful and ringed with a bright green that captured her interest. Adira shook her head. No, not her interest, something else. “I have a full medical bay. It’s very small but it has everything that we could offer. I could close your wounds and do a scan of your leg to find out what’s wrong with it. If you will let me?” She couldn’t push him to do as she asked, but she itched to ensure that he was okay.

“I know what’s wrong with it. I was there when they did it,” he said. No, it was more of a snarl, given the curl of his lip. “Inside. You’re going to sit on the edge of the bunk and not move while I clean up. I need to get the blood off of me so I can evaluate the exact amount of damage your colleagues inflicted.”

She winced and nodded. “I know that this isn’t a good time to tell you this.” She settled on the bunk and watched him as he moved. “And please don’t shoot me for telling you this truth.” She was chewing her lower lip as she watched him and gasped at the injuries that he wore. “By the stars, how can you even be mobile?” Gone was what she was going to tell him about the Craegin female. Instead her medical training kicked in and she wanted to heal.

He turned a cold look on her as he dropped the coat and shirt he’d removed to the floor. “Sheer will to not die in an Imarian testing facility. It’s amazing what the body and mind can do when the goals are so simple. Do not move,” he warned again. He took the pistol, and one other she hadn’t realized he had, and set them inside the shower—up high so they wouldn’t get wet, and where he could easily reach them but she couldn’t. He turned on the water and dropped his pants. No warning, no closing the small sliding door, nothing. Down they went, and a moment later his ass disappeared behind the sliding pane of the enclosement.

Adi simply watched him. Her mouth had gone suddenly dry and her mind went places that an Imarian held captive by a Craegin should never go. He was stunning. His height was massive, over two meters tall, easily, and his build was thick but it was the markings on his body that captured her attention. Well, that and the musculature and his ass. By the mother, his ass was impressive. “I’m sorry that you were taken,” she told him honestly. “There was a Craegin female that was held there as well.” Please don’t let them be related, she prayed.

“So I’d heard.” His words were barely loud enough for her to hear. “She was the one feeding your people information about us. Once I’m back I’ll be ensuring that anything we’d done prior is never done the same again. I will not allow our people to be easy prey for you sick freaks.”

“How did you know?” she asked with a frown and tilt of her head. “Yes, she has been feeding my people information for years, from what I surmised. They are sick.” She mumbled that last part. She didn’t protest on the sick freaks comment, because he had that right. Sadly. Her people weren’t supposed to ever take prisoners of war and abuse them as this man had been abused. “She watched. She took glee in telling me that when they did their first procedure on you she was able to watch. I’m so sorry.” Her people had a lot to answer for, but not every being who was Imarian was a sick freak, as he had stated.

“It’s amazing what we can hear in that place. They figure since we’re all going to die they don’t need to watch their words.” She watched him tip his head back, his face into the spray. He was tall enough that his shoulders, neck, and head were above the partition. The water shut off a moment later, and he shook his head before slicking his hair back from his face. He locked eyes with her as he pushed the partition aside and stepped out to collect a towel.

“Holy mother,” she whispered a moment before she turned her face from him. He was…there weren’t words to describe the perfection of this man. Even with the injuries that he had sustained he was impressive. Her gaze had gone straight to his cock and she had to bite her lip at the memory of that brief glance. He was soft, but his shaft hung low and was thick. He was very large, all over, and he made her heart do things that no Imarian had ever made her do before. 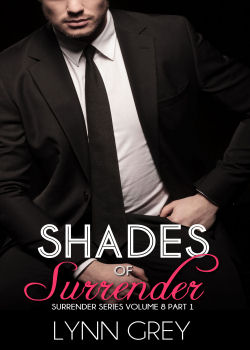