Jesse is used to Valentine’s Day passing without finding his own sweetheart. But suddenly he starts receiving gifts from a secret admirer.

With encouragement from his too-sexy roommate, Gilbert, Jesse opens himself to the idea that someone is actually interested in him. Though he has doubts, Jesse can't help but wonder if his admirer could finally be the man of his dreams.

I picked up the mail out of our locked mailbox that afternoon before heading up to our apartment. Inside the box was one of those brown mailer envelopes addressed to me. I felt it and realized it was kind of shaped like a DVD or something. Since I hadn't ordered anything, I wondered if it was yet another gift from my admirer.

Gilbert wasn't home yet, so I closed the front door, went into the kitchen for a soda, and tore open the envelope. Inside was a role-playing video game I'd had on an on-line wish list.

Enrique's was a little family-owned Mexican restaurant I quite liked. Valentine's Day was tomorrow, so that meant my admirer planned to reveal himself at dinner tomorrow night. My stomach fluttered as I read the note over and over.

Was it wise to meet a stranger? And was my admirer even a stranger? He sure seemed to know a lot about me. Should I get others to come to the restaurant with me or take my chances since we'd be meeting in a public place?

All these thoughts were running through my head still when later Gilbert came home. I had plopped down on the couch with the package next to me, doing little more than cruising the channels on our remote.

Gilbert eyed the package next to me. "You get something else?"

"Yeah. A video game. And an invitation to dinner."

He sat on the sofa on the other side of the package and picked it up. "Oh, cool, this is the game you've been wanting."

"Yeah. Should I? I mean, isn't this whole thing just a little weird?"

Gilbert seemed to think about that for a second, and then shrugged. "At least he chose a restaurant to meet you at. If you get any bad vibes you can leave."

"I guess I want to go. No one's ever paid this much attention to me for Valentine's Day. It's kind of sweet. Weird, but sweet."

He laughed. "Yeah. Then go for it. If you want, I can stop by Enrique's when you go to see if things seem on the up and up." 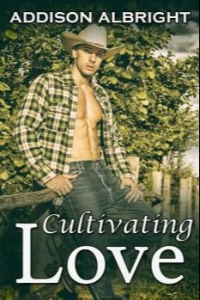