Adrian Clarke knows his life is a hot mess. This is only one of the reasons he boards a plane and flies halfway around the world-so he can escape everything that's determined to see him break. Lockie Rivers has worked his whole life on Tenderfoot Downs. After his boss died, Lockie remained as caretaker for the new owner-a man who'd never even set foot on the place. When circumstances bring them face to face, a flash flood comes along to threaten their very existence. Can virtual strangers work together to save their home, their hearts, and find their own slice of heaven? 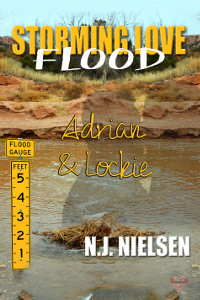 Adrian Clarke's life was a mess. He quietly boarded the plane and took his assigned seat. All the while he blinked tears away over how fucked up his life had truly become. He held himself together because even though on the inside his life was sliding down the shit chute, the rest of his fellow passengers didn't need to bear witness to his breakdown. He was leaving, not just the city he lived in but Australia itself. He was going to the only place he had left to call his own.

Sadly, Adrian knew that his aunt's death eighteen months ago was probably the worst time of his life, but right now it felt like it was the luckiest thing to ever happen to him. She had never encouraged him to visit while she was alive, preferring to take holidays together abroad with him. Now the legacy she'd left him, Tenderfoot Downs, was going to become a safe haven to allow him to wallow and hide away from the world in general.

His aunt Miriam had been the one bright point in his entire existence. He'd always known she'd had a soft spot for him, maybe because she couldn't have children of her own. Both she and Uncle Rueben had spoiled him rotten as a child and after his uncle's death his aunt had given him all of her love. The only thing she hadn't given him that he'd always craved was to be able to live with her on Tenderfoot Downs. When he'd asked-and he had asked often-she'd always told him she had her reasons. Never once had she shared those reasons with him.

Nobody was shocked when he'd been named as her sole beneficiary, yet his parents had contested the will and fought for access to all the millions she'd left behind. In the course of the last eighteen months Adrian had not only lost an aunt he emphatically adored, his greedy family now loudly proclaimed they hated his guts, and his boyfriend-make that cheating ex-boyfriend, Tyler-had moved on to the next new thing to came along and who was currently gracing Tyler's bed.

Adrian was willingly uprooting his life to move halfway around the world to become a working landowner. Hopefully his new and improved life would start the very second he set foot on Tenderfoot Downs, Texas, USA. According to Charles Kent of Compton, Compton & Kent, his aunt's and now his lawyer, the property currently contained eight thousand and twenty-five acres. His aunt had used the land in two ways. Most was still natural, where his aunt allowed people to camp and hike the trails, as long as they left the property the way they found it. Hunting and fishing were prohibited. On another part of the property his aunt raised horses. At last count, they had forty horses roaming free on the property, which thankfully was well fenced. There were also four working horses in the barn itself for use by the hands, though his aunt had more than once told him they also used four wheelers to get around the property to check on fences and such.

The land wasn't the only thing he'd inherited. His aunt had a clause in her will stating that Lachlan Rivers was to retain his title as foreman for as long as he wished. She had also deeded Lachlan the acre his foreman's cottage sat upon so that he always had a home. Adrian didn't have the slightest problem with that. He only prayed the man was open-minded and not a raging homophobic asshole. The truth was Adrian already knew he wouldn't be able to do this-change his whole life-without guidance from the man in question.

Adrian had only been to Tenderfoot Downs once in his life. Twenty-three years ago at the age of five, and he honestly only had vague recollections of the then fifteen-year-old boy who had worked right alongside his father to take care of his aunt's property. About ten years ago while they'd been vacationing in Spain, his aunt had told him Lachlan had taken over as foreman when Gerald Rivers had decided to retire. Gerald's wife Lilly had been diagnosed with breast cancer.

Every year Adrian had vacationed with his aunt. They both enjoyed exploring the world and all the different cultures each country had to offer. When he was sixteen he had applied for dual citizenship to both Australia and the United States. With his aunt's help he'd gotten it after a year. He'd even done a few years of boarding school in Dallas just because he had needed space and time away from his family. Aunt Miriam had paid for all of it. Adrian never could figure out why his own biological family detested him so much. The weird thing was he didn't believe the fact that he was gay had anything to do with their animosity toward him. For as long as he could remember they'd just hated him. Now he saw it as a blessing in disguise, but growing up it had truly hurt.

His parents' indifference toward him allowed his aunt almost free rein and his parents never went against Aunt Miriam's wishes. They always threatened him with bodily harm if he didn't behave. In truth, he loved spending time with his aunt and uncle, pretending they were a real family. He'd always believed his own parents agreed to let him vacation with his aunt because they thought she would include them in her will.

More the fools them, and luckily for him his aunt saw right through them and had other plans already firmly cemented in place. "Love you, you crazy old broad," he murmured as the plane readied for takeoff.

The flight itself had been long and mostly uneventful, but what trip doesn't have its share of cranky babies and disgruntled passengers? Adrian had put on his headphones and listened to the soothing music supplied by the airlines as he blocked out the rest of the world.

Finding his bags, among the many on the luggage carousel, had taken forever. He smiled gratefully at the sight of two bright yellow ribbons as they came into view within the sea of bags. Adrian had laughed his head off when Natalie, his ex's sister, had tied the ribbons to his suitcase handles, promising they would make his life a hell of a lot easier when he reached the end of his journey. He would have to thank her and tell her she was right when he got around to calling her. Just because his ex had been a cheating ass didn't mean that he had to lose his best friend in the course of their breaking up. And it definitely wasn't Natalie's fault her brother was a complete dickhead. At the Brisbane International Airport Natalie had hugged and kissed him goodbye amid promises of staying in touch and coming to visit him as soon as he was settled and she could apply for time off.

After making it through customs Adrian made his way to the rental car agency and picked up his keys. Right now all he wanted to do was get to the hotel he had booked for the night and take an extra-long and very hot shower to wash away the weariness of travel. Fuck, he was tired. Tomorrow he'd start the last leg of his journey to reach his new home. Sadness dragged him down when he realized his aunt wasn't going to be there to comfort him, and never would be again.

God, he missed her. He'd almost died himself when he received word of her death. She'd been travelling overseas alone because he'd had to cancel his plans to join her, and didn't that just make him feel guilty as hell. His parents hadn't even bothered to attend the funeral he had for her. Adrian had flown to Milan and had her cremated as per her wishes, then had her ashes flown back to Tenderfoot Downs. He intended to go there and scatter her on her beloved home soil, but instead his ass of a family had immediately started a bitch fight and both his lawyers in Australian and his aunt's in America had advised him to return to Australia until everything was sorted out. Just another reason he was glad to fly away and start over. 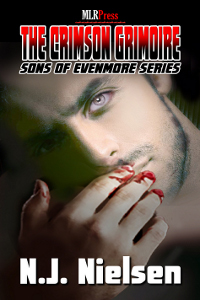 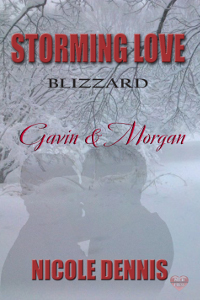 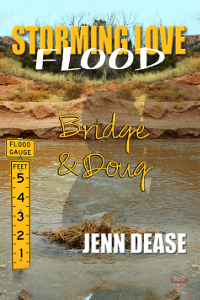 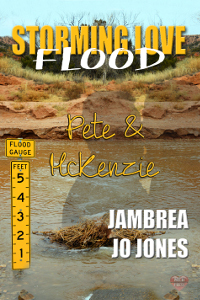 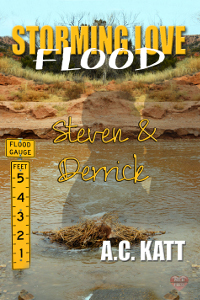 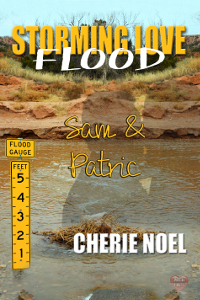 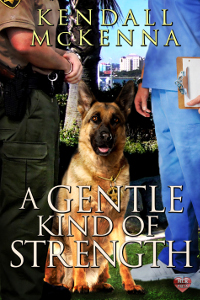 A Gentle Kind of Strength
Kendall McKenna
In Shelf
$6.99