Jenn and Remi love each other and pleasing their Mistress. She always takes great care of them, and this time she’s brought them a special treat. They’ll never know anything about him, but sex with this stranger is just what they need for an afternoon full of fun and excitement. 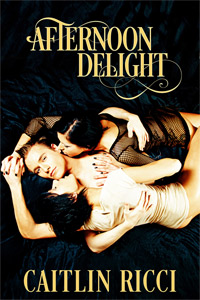 “Do what I tell you and everything will be just fine.”

Jenn rolled her eyes. Her girlfriend, Remi, had dropped her voice a little, but it was still her. And she was still four inches shorter than, Jenn which made her current action of trying to grab her from behind a lost cause. Jenn tilted her head forward and kissed the bare patch of Remi’s wrist just in front of her face. “You borrowed my perfume again,” Jenn said. “And if you’re trying to strangle me, you might want to put on your stripper heels. You’ll get more leverage, as long as you manage to keep your balance.”

Remi giggled and dropped her arms to circle Jenn’s waist. “Your self-defense instructor said you have to practice your moves. I was there, and I remember.”

“Yeah, yeah,” Jenn whined as she pulled Remi over to their big leather couch. Really, what was her girlfriend thinking? There wasn’t room to hide another person in their tiny apartment.

She sat down first and took Remi’s wrists as she straddled her lap. Remi wore her favorite lounge clothes, a sports bra and a pair of gym shorts, which left plenty of her olive skin for Jenn to drink up and enjoy. She’d switched out her navel piercing, this time going for a sparkly pink heart instead of the basic silver ball she’d sported earlier. Remi giggled as Jenn leaned forward and swirled her tongue around that bit of shiny metal. She wasn’t giggling for much longer, though, as Jenn worked her full lips lower over the band of Remi’s shorts.

“Wait!” Remi squealed as she stumbled off the couch.

Jenn scowled. “What the hell, Rem?”

Her girlfriend gave her a teasing smile. “I want to seduce you.”

Jenn laughed and reached for her, but Remi quickly danced out of her grasp. “You seduce me just by breathing. Now get your cute butt back over here.”

Of course Jenn knew. She’d had to leave the first few times to keep from jumping her girlfriend in the locker room.

Jenn’s eyes went wide. This was about to get really interesting and from the flare of Remi’s eyes, she knew it, too. Jenn leaned back on the couch, forcing her hands into fists to keep from reaching for her as Remi began stretching just in front of her knees.

After one ridiculously loud pop of her shoulder, Remi turned toward her and began moving her arms in a waving pattern that, while difficult, looked smooth. Remi had obviously been practicing. “These are called Snake Arms,” Remi explained.

Jenn smiled at her, encouraging her to show off as much or as little as she wanted to. She knew Remi was self-conscious, especially when she was trying something new. Remi’s lips were moving, but she wasn’t saying anything as she closed her eyes and turned in a tight circle, tapping her toes as she shook her hips. “What are you saying?” Jenn asked her.

This time Jenn did reach for her, quickly pulling Remi onto her lap. “You are doing really well. You started, what? Two weeks ago? Maybe? And you’ve got that wavy arm thing down pretty well.”

Remi grinned at her. “You’re just saying that because you don’t know what it’s supposed to look like. And because you love me.”

Remi kissed her. “I love you too, Jenn.”

The sound of a key entering the lock on their front door interrupted them and both women turned toward the sound. Their Mistress entered the small apartment, her heels breaking the silence as she approached them. Jenn swallowed nervously and followed Remi off the couch, quickly coming to stand in front of the woman they both loved.

One perfectly manicured red nail pointed to the ground and she and Remi sank to their knees in front of her. Jenn’s mouth went dry as she looked up at their Mistress as she took off her tailored suit jacket, revealing a plum colored silk corset beneath. Beside her Remi licked her lips and made an anxious noise in her throat. They wouldn’t touch her, not before they were given permission, but they both wanted to.

Their Mistress was exquisite. It may have been a funny way to think of another person, but Jenn couldn’t think of a word that suited the woman better. She was elegant, even when she made them cookies. Her hair was always well done, her makeup beautifully in place. She never wore pants and didn’t own a pair of shoes with less than a four inch heel. When she went to bed she wore expensive lingerie or nothing at all, and her bra and panty sets all matched. She expected perfection from everyone around her, and for the past year, Jenn and Remi had been striving to be that for her.

“I’ve brought you kittens a present,” she said, bending to place a kiss on each of their cheeks. “I think you’ll find him most... satisfactory.”

With a snap of her fingers she rose and went to the door. Opening it revealed a man, naked from the waist up and wearing a black hood covering all of his face. Their Mistress slipped her fingers into the front of his jeans and tugged him inside.

Jenn squirmed, not knowing what to think as she looked from the man to her Mistress and then finally at Remi. Her gaze settled on her girlfriend. Remi looked just as confused as she was. 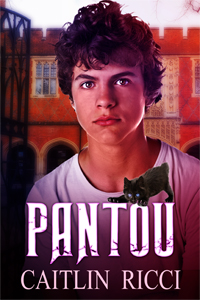