Megan Bannon is a small-town girl, perfectly content to live her small-town life, until Jess Thorn shows up at her vintage shop, looking for a family heirloom. He's hot, sexy as hell, with an edge of danger she can't quite pin down, and the longer he's in her shop, the more she starts to fantasize about ripping his clothes off. He's made it clear it would only be one night, because the second he finds the amulet, he's gone.

Jess is running out of time. From a long line of supernatural hunters, he discovered the amulet possessing his recently deceased brother’s soul had been accidentally sold in an online auction. Knowing he only had a brief window of time before his brother's spirit becomes angry, then violent, Thorn is desperate to find it before anything bad happens. Only he hadn't counted on meeting Megan.

After a lifetime of hunting the bad, shadowy things in the world, Thorn wants to soak up her goodness and never let her go. But his dead brother is angry, and when it becomes too late, the one person he suddenly can't bear to see hurt becomes the biggest target of all.

“That was….” Too satisfied to open her eyes or worry about modesty, Megan curled against his chest. She patted the solid wall of muscle beneath her cheek, delighted to find his heartbeat as scarily irregular as her own. “Holy crap.”

He chuckled. “Thank you.” He wrapped both arms around her neck, holding her close.

She sighed, content. The man definitely had the bedroom skills to match that wicked, wicked grin. She smiled. They were both sweaty and still being rocked by aftershocks, but he seemed happy to stay where they were.

Which she appreciated. She really, really didn’t want to lose this feeling yet.

“Quiet, Meggie.” He pressed a kiss to her temple.

She scowled without opening her eyes, and something inside her chest—not her heart, really—soared at the sweet gesture. “I didn’t say anything.”

“Yeah.” He stiffened then gently used her hips to set her back. “I have a life in Chicago, sweetheart. This can’t be anything more than fun.”

Just like that, whatever soared inside of her—again, definitely not her heart—plummeted to a nasty, pathetic death. Instead of letting him see her distress, she nipped his jaw then licked it. “Don’t worry. I knew that before I invited you up.”
And she had. That part didn’t catch her off guard. Hell, she hadn’t even known him twenty-four hours yet.

She slid her hands over his chest, letting herself memorize the sheer amount of muscle under his dark skin. There were random tattoos all over his torso, from the thick tribal that covered his left shoulder and down his arm, to the Latin inscription across his right collarbone. Another spread low on his carved belly, from hip to hip.

But scars outnumbered the tattoos. Some so faded they were white against his skin, some puckered into scar tissue, while others appeared barely healed.

Her heart seized, realization weighing her down. “You really are a hunter,” she whispered. She thought she’d believed him at the diner, but seeing the physical representation stole her breath. 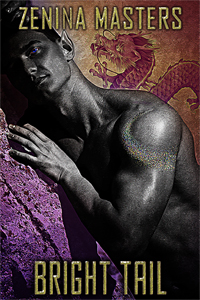