Tales of the Highwaymen 3

Theodore has already been disappointed in love twice, and he isn’t looking for any more heartache. So when the handsome Nicholas informs Theodore that his love is the only cure for his curse, Theodore refuses to believe it.

But Nicholas knows from their very first kiss that Theodore is the man for him. He isn’t going to give up until he convinces Theodore their love is what they’ve both spent years longing for.

Tales of the Highwaymen 3

Theodore sat on the edge of a fountain and stared down into the water. He’d been fixated on Nicholas’s tattoo for the past two days as he contemplated his own feelings. Lust, he knew he felt that. Nicholas annoyed him, sometimes infuriated him, very often confused him, but he also made him laugh and smile fairly often the past two days. He’d caught himself checking the tattoo many times a day, as if it might fade or change color and magically confirm that his growing feelings weren’t imaginary. So much depended on his heart because of the curse, he worried that he couldn’t trust his conflicted feelings.

Strong hands gripped his shoulders, and Theodore saw Nicholas reflected behind him.

“I expected you to be gone longer.”

Nicholas laughed. “Did you?” He leaned over. “I couldn’t stay away, and I’m glad we have some privacy.”

“Yes, Eloise had a suggestion I rather liked.”

Theodore realized right then that Eloise hadn’t been telling Nicholas humiliating stories. She was obviously in league with Gerard, who had been teasing him mercilessly earlier. He turned to protest, but he had no chance when Nicholas’s lips collided with his. Before he could extricate himself, Nicholas had his hand at the laces of Theodore’s trousers. The conniving man stroked him as his tongue plunged deeper, and Theodore groaned.

“You seem to like this idea as well,” Nicholas whispered against his lips as he quickly freed Theodore’s cock.

Theodore stiffened when the night air hit his heated skin. “Someone will see us!” he hissed.

“Glad that’s your only objection.”

Theodore wanted to lose himself in the bliss of Nicholas stroking him, but they couldn’t do this in the king’s garden. “How does this … fit into your plan … mmm, of not pressuring me?” He’d been unable to keep the pleased sound from crossing his lips.

“I’m about to relieve quite a bit of pressure. Just give me time,” Nicholas whispered against Theodore’s ear before kissing his neck.

His cock jerked in Nicholas’s hand, causing him to groan again while Nicholas laughed softly. His eyes closed when he felt Nicholas wrap his lips around his cock. Nicholas caressed his balls as his tongue played along the soft underside, bringing Theodore right to the edge. He gave in finally, unwilling to keep denying himself. He grasped Nicholas’s head and guided his movements. Nicholas held to his hips, seeming to welcome the action and moaning, which only made Theodore burn for release even more.

Nicholas let his cock slide down his throat and brought his tongue to massage the base, and Theodore came with a cry. His hand tightened in Nicholas’s hair, and he opened his mouth to sing praises to the man’s seductive powers, but without warning, Nicholas pulled away and pushed him into the fountain.

Theodore flailed about for a moment and then finally managed to get to his knees. He was glad the water rose to just above his waist, as a small crowd had emerged from the direction of the palace.

“We heard a cry. Are you all right?” one man asked.

“Yes. I just,” he took a deep breath and wiped water off his face, “fell.”

Nicholas ran the back of his hand over his mouth, a smile almost discernible on his lips, as he came forward. “Let me help you. I came as soon as I heard your cry.”

Theodore noticed the telltale dampness on Nicholas’s trouser legs. “Seems you did,” he said, though only loud enough for Nicholas to hear.

Nicholas glanced down and then jumped into the fountain, pretending Theodore was some kind of invalid who couldn’t take a step alone.

“No worries. We’re all simply glad to see you unharmed.”

“You’re going to pay for that,” Theodore whispered, as he barely managed to tuck himself in and adjust his trousers.

“Would you have preferred being caught?” 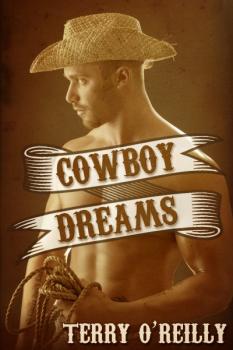