All the Difference (MF) 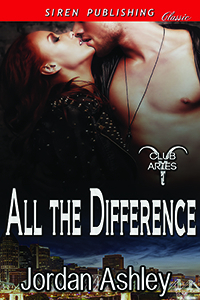 All the Difference (MF)

Heat Rating: Scorching
Word Count: 23,452
5 Ratings (4.8)
Contemporary
In Bookshelf
In Cart
In Wish List
Available formats
HTML
ePub
PDF
Mobi
Cover Art by Harris Channing
Reviews
I can't describe how beautiful this book is. It's everything you could ask for!
LadyLuzier
Ms Ashley's debut novel was an awesome start to a promising series. I can't wait to read the next book, and am very happy to know I don't have long to wait. For a tantalizing, sexy read, check out the first in her Club Aries series. Great Job Jordan :)
Elle Boon
Read more... 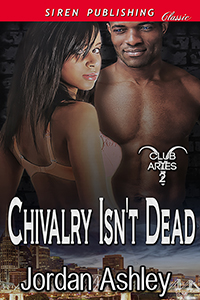 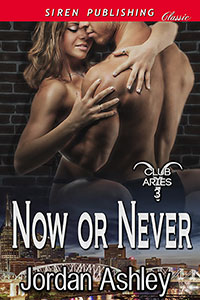 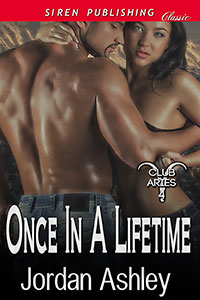 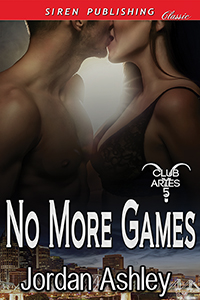 “Longer?” She all but choked on the word.

“If you wish,” he answered while pulling the boxes of food from the bags. “I went with pork fried rice for the both of us. Can’t go wrong with that.”

Jamie’s head was spinning at the thought of being on Diego’s arm for the rest of her weekend, or longer if she so wished. Who wouldn’t wish for that? What shook her out of her gaping silence was the thought that he, of course, meant simply as fuck buddies and nothing else. “Uh, yeah, rice is fine. Though you do know, we’ll be hungry again in a half hour.”

Diego chuckled, pausing with his plastic fork halfway to his lips. “Very true. Guess it’s a good thing I counted on dessert.”

The wink he gave as he finished taking his bite caused Jamie’s face to flush. Her heart began to pound in her chest, and she let out a little laugh of her own. “Right…”

Diego’s amusement faded almost instantly as he saw the deer-in-headlights expression on her face. Had he said the wrong thing? “Or not, if you’d rather—”

“No!” Jamie cut off his speech, shaking her head quickly. “I didn’t mean that. Just not used to those kinds of comments.”

The Latino simply nodded his head in understanding, grinned at her, and then moved over to the bed to rest his back against the headboard. “Get used to hearing it, beautiful.” Diego gave her a wink and watched her as she crossed the room to grab the box of takeout and then start for the other bed. A grin spread on his lips as he shot his leg out in front of her to stop her. “Where do you think you’re going?”

“To sit down,” she said, her voice trailing off as she saw him shaking his head. “I guess I’m not sitting there, am I?”

“Why would you when there’s a perfectly good seat right here next to me?” Diego popped another bite into his mouth and smiled at her, his cheeks bulging out a little from the way the food shifted in his mouth.

Jamie couldn’t help the giggle that escaped and surrendered to him. She climbed over his legs, paying very close attention to the way his eyes roamed her body as she straddled his legs before settling on the bed beside him. They ate in silence for a moment before she dropped the plastic fork and sighed, meeting his confused gaze. “Why me, Diego?”

“What do you mean?” he asked, tilting his head to one side as he looked at her.

“Why did you pick me? I mean there was a lot of beautiful, fit, skinny women down there last night. But you picked me, and you, well, you’re…” She trailed off as she gestured with her hand as if to say ‘”Well, just look at you.”

Diego sighed and set his container on the nightstand before turning to face her completely. “What if those skinny girls aren’t my type, beautiful? The stick figures that were downstairs last night may attract those too concerned with appearance, and even then how attractive can a skeleton be? You got all the right things in all the right places, beautiful. How many of those women out there can look like a sweet little Irish girl, and have the ass of a Puerto Rican? I’m attracted to those curves of yours, baby. Hell, the T and A you’ve got, I’ll be the envy of the guys at the club.”

He stopped as he realized what he was about to say. One night and he wanted to keep this girl in his life? No, that wasn’t him. Not Diego Ramirez, a man known to all of his buddies as a playboy until death. But he couldn’t help the nagging thought in the back of his head that the slip may have been true. After all, he gave up close to seven hundred dollars in his pocket to spend another day and a half with the woman seated next to him.

Jamie seemed oblivious to his slip, and laughed. “Right, you’re gonna tell all your boys about this weekend, aren’t you?” She sighed and took a bite of her food, though there was a bit of amusement in her eyes as she looked up at him.

Diego brightened a little as he saw the mischief there, realizing the potential within her. “Oh, you know I am, beautiful. I’m also going to tell them how I kicked your ass in bowling and on the arcade games at Dave’s.”

Her eyebrows rose in surprise and her hand froze in the air with a bite of food on her fork. “What?”

“Oh, oh you think so, huh?” And there it was. Jamie’s competitive side was rearing its ugly head, and she wasn’t sure if she wanted to show that side of herself to him or not. “We’ll see about that, pretty boy.”

Diego loved hearing her feisty words and could do nothing but grin at her. We’ll see indeed.

Jamie made him feel like a teenager again, forgetting all the past bullshit he had been through. It had been far too long since he’d been able to let go, such as he was, with a woman. The red-haired vixen he was giggling with as he blocked another move from her had ripped down his walls little by little and slipped her way into his heart.

It didn’t take long before he was focusing more on her soft body pressing against him. Her rear formed itself to his pelvis, getting the attention of his cock that was screaming at him to just take her back to the hotel and fuck her senseless again. Diego tried desperately to focus on the game they were playing, but his base instincts were winning out. He wanted her again…no, he needed her again.

Jamie laughed and wiggled in his hold, making him growl against her neck. “What?” She paused for a second then relaxed against him, feeling his hard dick pressing against her ass. “Oh.” She smiled up at him over her shoulder and gave him a wink that made him shiver. “Hotel?”

“Need to get your prize first,” he said against her neck, knowing exactly what he was going to get her.

“You are my prize, Diego. Don’t worry about the damn tickets. I need to feel you again,” Jamie whispered back up at him, pressing herself against him tightly.

A groan worked up in his throat and he shook his head. Thank the good Lord above she needed him as much as he needed her. “Just give me two minutes, baby. Two minutes.” He dug his keys out of his pocket, and held them out to her. “Why don’t you go on out to the car? I’ll be there in a second.” Diego made quick work of turning in the hundreds of tickets to get her prize before racing outside to find her in the passenger seat. Her prize was tucked securely in his back pocket, something he would work on through the night while she slept.

Diego drove as fast as he possibly could on the highway back to their hotel. He needed to be back inside of her just as badly as she seemed to need him. A few glances over at her, and he couldn’t take it anymore. His hand moved to her thigh, inching inward to press his fingers against the seam of her jeans. He smirked at the gasp that fell from her lips as his fingers worked up to the fastening of her pants. “You objecting?”

“Fuck that. Touch me, Diego. Don’t wreck us, but touch me. Please.” Jamie’s voice shook slightly with her need, and that was all the permission he needed.

His fingers tore at the button and zipper, and then he slipped his hand down into her panties, which were already wet. A groan of his own fell from his lips as he began working his fingertips against her clit, rolling it in circles, and quickly working it back and forth. He smiled as he watched her writhing in the seat beside him out of his peripheral vision. Her moans filled the car and her hips lifted up off the seat against his hand. He smirked, and pressed down on her pelvis with the palm of his hand as he sank two fingers into her.

Jamie cried out softly as her cunt clamped down on his digits. Immediately he began working them over the very sensitive flesh of her G-spot. The man by himself was a walking aphrodisiac, and the way he touched her was like being infected with lust. She pressed up against his hand, moaning earnestly as she rotated her hips over his fingers inside of her, wanting it to be something else but taking what she could get before he could drop her on the bed again. No man had ever affected her the way Diego did, and she couldn’t help wondering what in the hell she would do when it came time for them to part ways again. 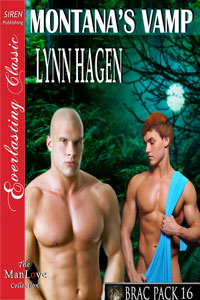