More From All the President's Men

All the President's Men 1: Derek's Darling Damsel (MF)
Rose Nickol
In Shelf
$3.99
All Books In Cart
All Books In Bookshelf
Excerpt

Tyler Thomas was in a pretty good mood. He was driving home from a party where he’d had a very good time. The party was for his boss, mentor, and best friend, Derek Moore, and his wife, Dottie. They had been married for several months, and tonight there had been a baby shower for the couple at the kink club Tyler, Derek, and several others owned.

Now you would think a baby shower would be boring, but add in the fact that it was held at a kink club, and you were in for a good time. No pin the tail on the donkey at this party, instead you had spank the sub until she (or he) comes, then there was the kink version of “what is it?”, where a sub was blindfolded and had to tell what instrument of pain was being used on their ass, genitals, or, if a woman, chest. And there were several more games that were played.

Tyler had had some misgivings about going to the party at first, but he had never been to a baby shower before and had really wanted to be there for his friend. He and Derek went a long way back. He was glad he had gone.

Tyler wasn’t the type you would normally see at a baby shower, and if you were to meet him on the street you would not think he was Secret Service either. He was your typical bad boy. Long blond hair, which he wore in a braid down his back. Scruffy beard and tattoos completed his bad boy look. The only thing that was out of place were his soft brown eyes, which could melt a girl’s heart. His look was not regulation, but he didn’t stand out in a crowd like most of the Secret Service did and the look worked for him.

Driving home from the party, he wished he had taken his bike. The night was beautiful, warm, and quiet, perfect for a motorcycle ride. He hated being trapped in his truck in this weather. Driving along and listening to the radio, he thought about what Derek had and how he wanted it, when he saw something in the road.

It looked like a body. Slowing down, he pulled to the side of the road and grabbed his gun from the glove compartment. Looking around, he saw nothing out of place, except for the body in the road. Dialing 911 on his phone, he grabbed a blanket and his first aid kit and went to check it out.

The body in the road was naked and it was a very attractive young woman. He didn’t see any injuries but didn’t want to move her just in case. He covered her with the blanket and sat to wait for help. He felt helpless just sitting there but knew that moving her was not a good idea. He wondered how she got in this predicament. It was late, very late at night, three am, and there were no bars or anything in this area. That someone must have dumped her here, or that she had run away from someone, were the only conclusions he could come to.

Where were the emergency people? It seemed like it had been several minutes since he called. Grabbing his phone, he called again. The operator assured him they were on the way.

He noticed a slight movement under the blanket and got on his knees to look over into the girl’s face. Her eyes fluttered and opened. Groaning, she looked around and asked, “Where am I, who are you, what’s going on?”

“My name’s Tyler. You’re lying on the road and it’s the middle of the night. Can you tell me your name or how you got here?”

The girl just looked at him. “My name is…I should know this, but I can’t remember, I…I don’t know, why can’t I remember?” She started crying. Sitting up, she groaned again.

“Try not to move, we don’t know if you’re hurt or not. I’ve called for help and they are on their way.” Taking off his jacket, he slipped it around her shoulders, noticing that her back was a mass of welts and broken skin. Careful not to touch her, he pulled the blanket closer around her, listening for the sound of help.

Hearing the sirens, he relaxed a little, knowing help was close. He talked soothingly to her, trying to calm her down, and not asking any more questions. It was obvious she was suffering some memory loss.

The paramedics arrived and quickly took over, hustling her into the ambulance and effectively dismissing him. When he asked where they were taking her, he was told the standard reply—if he wasn’t family, it was confidential information.

Tyler got in his truck and started towards his condo. The closer he got to home, the more bothered he was. Parking his truck, he ran in the house. Reaching into his jacket pocket for his cell phone, he remembered he had put the jacket on the girl.

He had two choices—he could either cancel his phone and get a new one, or head for the hospital and hope his jacket and phone were there. The bonus would be he would get to see the girl again.

Heading for the hospital nearest where he found her, he hoped that was where they had taken her. If not, he would call his friend Dillon.

Tammy wondered where Tyler went, but didn’t worry about it. Maybe he had left a note in the kitchen or something. Enjoying being alone, she turned the shower as hot as she could stand and stepped in. It felt great to be able to relax and enjoy a long hot shower, since always before she’d had to hurry and get out because somebody was waiting or she had to be somewhere. Even though she was worried about money and a job, it felt good to have nothing to do.

She just stood under the spray and let her mind drift. She hadn’t been showering very long when she thought she heard the door open, but with all the steam she couldn’t see anything, and let out a little scream.

The shower door opened, and she grabbed the first thing she could find, a bottle of shampoo, and threw it.

“Hey, baby, is that any way to treat me?” Tyler asked, catching the bottle and stepping in the shower.

Tammy collapsed against him, sighing in relief. “You shithead, I thought you were gone,” she said, punching his chest.

“Tammy, I wouldn’t leave without letting you know and won’t leave you alone,” he reassured her, pulling her close. Lifting her chin to look into her eyes, he told her, “It’s not a good idea to call me names and throw things at me, baby, I might have to punish you for that.”

“Oh, I didn’t know it was you when I threw the bottle, does it still count?” She pouted.

Tyler laughed and pinched one of her nipples, hard.

“Ouch! That hurt, dammit. Why did you do that?” She pouted, covering her breast with her hand.

Tyler reached out and gave the other nipple the same treatment. “I don’t like to hear you cuss either, so you are just adding to your punishment, baby.”

When he said the word punishment, her pussy gushed. How could he do that to her? Just a word or a look, and her body responded to him. It wasn’t fair, she thought, until she looked down and saw his cock bobbing at her. He had the same response…interesting. Maybe she should play a little.

“Do you really want to punish me? I can think of so many other things we could do,” she said, trying to use a deep, sexy voice while rubbing her throbbing nipples against his chest.

“You think so?” he growled, and took her mouth. If she wanted to play, that was fine with him. Reaching around and grabbing each of her thighs with one hand, he lifted her and thrust inside her. Placing his back against the shower wall, he held her in place and took her hard and fast, taking his own pleasure and not worrying about hers.

When he reached his completion, he switched them so that she was leaning against the wall with her legs wrapped around him. “How was that baby? Was that what you had in mind?” He asked smugly, expecting her to be a little mad.

Tammy was more hurt than mad. He had taken what he wanted with no regard for her or her feelings. She felt like crying, but two could play at this game.

“It was good, lover, and I’m ready for more any time,” she answered him, rubbing against him and clenching on him with her inner muscles.

She thought she was a player, but he would show her how to play. Tyler pulled out of her and removed the used condom, grabbing a fresh one. Standing her so that she faced the shower wall and pulling her back until her bottom stuck out and up, he told her. “Brace yourself with your arms, this is going to be rough and hard.” He showed her how to brace her head on her arms so she wouldn’t be banging it against the wall.

He slammed into her from behind, holding her hips for leverage, and set a fast and furious pace. Reaching one hand around, he found her clit and started rubbing and pulling the little thing, really getting her humming. Shoving himself in and out of her, he moved his hand from her clit, spread her ass cheeks, and, using the water as a lubricant, slipped one finger into her puckered opening as far as it would go.

“Oh my God, what are you doing?” she moaned, trying to squirm away from the thing inside her.

“Shh, that’s just my finger, and soon it will be my cock. Easy, baby, I need to stretch you.” Wrapping his other arm around her, he used his forearm to brace her and slid his hand down to her clit, pressing and pinching the little nubbin. 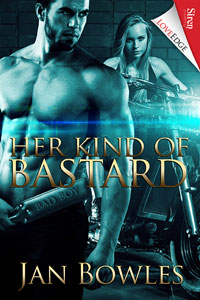