Cassie Slazak has been living a lie for a decade. As the secret lover of Bianca Durand, the daughter of Massachusetts’ newly elected governor, Cassie wants Bianca to tell the world about their long-term affair. But when Bianca gets engaged to a respected lawyer, who’s admired by Bianca’s parents, Cassie’s dreams are crushed. She not only rejected her high school sweetheart, and the small town life she adored but her Catholic faith for a woman who has controlled her for too long.

When Cassie’s grandmother falls gravely ill, she returns to Delpoint, Pennsylvania to pay her last respects to the woman who raised her. Not only will she confront her past, but Freddie Koeman, the one Cassie betrayed for a possible future with Bianca. . Bianca uses threats and emotional blackmail to keep Cassie under her thumb, forcing Cassie to choose whether to spend the rest of her life in the shadows, accepting the scraps of love and attention from her secret lover or try to recover her dignity and the love of a woman who has always lived true to herself. If she still wants her… 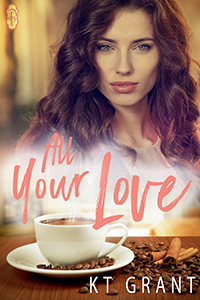 The creaking of the wooden floor under my chair as I rocked relaxed me. I zoned out as I listened to the wind in the trees and the soft tinkling of some wind chime nearby. I started to close my eyes, but the loud puttering of a motor drew me out of my meditation. A person in a dark helmet wearing a leather jacket drove a black and red motorcycle up the driveway and parked behind Aunt Lorraine’s car. I stopped rocking but didn’t rise to greet the visitor. The person shut down their bike and took off their helmet. Freddie flipped back her hair and hopped off the bike.

I gripped the arms of the chair to stop from running inside. It was better to confront her before it spiraled out of control. I didn’t understand why after so many years she wanted to talk. She had stayed away the few times I came home for Christmas. I always stuck close to the house, never venturing out to my old haunts where we might bump into one another.

She walked up the front steps, not waiting for an invitation as she sat down in the chair next to me. “Why are you sitting out here?”

“I’m enjoying the crisp Pennsylvania air. It’s different in Boston.” I dropped my hands in my lap. “Nice bike. Is it new?”

Freddie rested her head on the back of the chair and rocked like she didn’t have a care in the world. “I’m giving the Sportster a test run. Parker rebuilt it basically from scratch. He’s thinking of expanding his shop to sell motorcycles and sport bikes.”

“That’s great,” I said, clearing the tickle in my throat. Parker used to dirt bike race and had dreams of racing professionally, but that came to a halt when he ended up in a car accident that left him with a bad limp.

“Yup, he’s doing great. We’re all doing quite well for ourselves.”

She sent me a mocking grin. What did she want from me? It was apparent she was angry with me still. Telling her to get over it wouldn’t go over well, so I would remain cordial and hoped it kept her animosity at bay for my time here.

“That’s great, really,” I said again, at a loss for words.

“Really?” She snorted and crossed her leg over the other.

“What do you want me to say, Freddie?”

She exhaled and a small smile appeared on her face. “I once loved how you said my name in that breathless whisper of yours.”