Always and Forever Until the End of Time

Will her past catch up with her?

When Amelia Bailey moved to Cape Charles she fell in love with the beautiful small town. But what none of the residents know is that she's in hiding from some people she wished she'd never met. People who want revenge and will do whatever is necessary in order to get it. Unable to trust anyone, she keeps everyone at a distance. Then Liam walks into her life, and try as she might, she can't help her feelings of attraction toward him.

Liam Miller is a first-class criminal law attorney. But he's reached a point in his life where he wants to step back and reevaluate things. So he takes a break from his job and agrees to help a friend whose construction company is doing some work in Cape Charles. While there he meets a woman who not only intrigues him, but attracts him more than any woman ever has.

Liam can sense that something is frightening her, but he has no clue what it is. Then not one but two bombs are deployed, and the only connection between them is Amelia. Soon Liam learns that she's running for her life. Someone wants her dead. But he's determined to protect her. 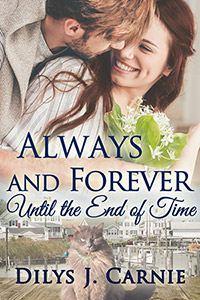 Always and Forever Until the End of Time

"So, you're the bachelor of the group," Amelia said.

Liam nodded as a devilish look came into his eyes. "I'm enjoying life too much to settle down."

Somehow she got the feeling that he wasn't being altogether honest, which struck her as odd. Why would he lie about it?

"What about you?" he asked. "Boyfriend? Someone to keep you warm at night?"

"I can assure you, I do not need a man to keep me warm any time, and besides," she said, flashing him a teasing smile, "I have a very good electric blanket for that."

He laughed loudly and leaned more forward so that he was within inches of her face. She could see every line, the laughter lines that splayed out at the sides of his nice eyes, the five-o'clock shadow that grazed his skin, and that dimple on his chin.

She lifted her gaze and looked into his eyes. They were so damned sexy that she couldn't even bring herself to look away. She felt light-headed, and her breath was slightly irregular. Studying his face made her heart pound a little against her ribs, and the prolonging of anticipation was almost unbearable.

"But it's not going to make you feel like you're the most beautiful woman in the world or tell you that your skin is like silk or nibble your ear and whisper sweet nothings."

Her heart lurched madly, and she couldn't tear her gaze away from those lips, even when he'd finished talking.

She tingled when he said her name. "Yes?"

His fingers lifted her chin so that she was looking him straight in the eye.

Oh, good Lord, he was asking, and that melted her heart. She couldn't formulate any words, so she just nodded her agreement.

His tongue traced the fullness of her lips before they covered hers. Liam was surprisingly gentle. He was slow and thoughtful, and it sent shivers of desire down her spine. It didn't take her long to return the kiss, although she was surprised she remembered how to. One thing was for sure—this man knew how to make her feel good.

Liam enjoyed the tenderness of her touch. She was almost shy, definitely not experienced, and a little hesitant, but she tasted just as good as he thought she would. He hadn't had such an explosive reaction to a woman in a long time…if ever.

"Liam." Her voice was a whisper, but he barely heard her over the drumming of his heartbeat. There was a throbbing silence for a mere second before he opened his mouth on hers, insatiably ravenous.

They were still opposite each other with the counter between them, and he wanted to touch her, hold her, but he didn't want to stop. His tongue touched hers, and it was like a lightning shock through his body. He could feel the hairs on his arms stand up like spikes.

Amelia was tentative at first, but it wasn't long before she was sliding her tongue along his and kissing him with such lust he felt sure he wasn't going to survive. He reached for her hands that were laying on the countertop and laced his fingers through hers, her short nails digging into his skin.

There were sounds of pleasure coming from her throat, and damn if that didn't make him feel even hotter than he was already. Jesus, he was on fire! His erection was painful against the zipper of his pants, and his breathing was erratic.

Through the muffled sounds of their liaison, he heard the cat door open and shut. Liam pulled away from her and looked around. He could smell smoke. Amelia must have as well, because she turned away from him, then she screamed. His body went rigid as he followed her gaze. Someone had rolled a bottle filled with liquid across the floor, and it was on fire. Shit! It was a petrol bomb.

He hauled Amelia across the top of the counter and tackled her to the ground, covering her body with his. She screamed just before there was an explosion. Fragments of glass rained down on them. He took the brunt of the blast and felt bits of fire falling on top of him. He had completely covered Amelia's body to protect her. 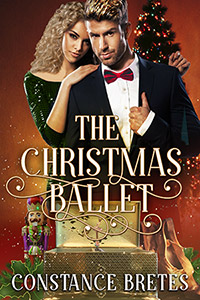