When TV zoologist Donlito Estar, better known as “Amazon Don,” accidentally bumps his Hummer into insurance salesman Carlos Dasio’s truck, an instant connection occurs between the two men. Carlos has had a crush on the star for years. Carlos is invited to visit Donlito’s palatial residence, where he’s bitten by Donlito’s pet red coral snake. Donlito comes to the rescue with anti-venom and saves his life, which cements the men’s relationship.

But Carlos is crushed when he thinks he witnesses Donlito having public sex with a variety of men at Club Heat in downtown Barefoot Beach. Brokenhearted, Carlos ditches Donlito, who claims it’s all a big misunderstanding. But despite his resolve, Carlos is unable to control the way his heart yearns for Donlito. Why and how has he so easily fallen in love with the sexy TV star? 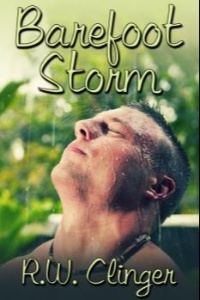 Amazon Don met me in the drive, pushing Brutash, his pink-necked pet ostrich away from me, preventing the animal from pecking my eyes out. The estate owner caught my interest immediately because he wore a pair of beach sandals and shorts in periwinkle blue. The material was snug around his muscular contour and detailed his shape: two-inch thick cock and ripped thighs. My stare studied his inflated pecs and their brown nipples, which were oversize. The man’s navel was puckered and a string of black hair fell into the pair of shorts. Donlito rubbed his cut abs, smiled at me, and said, “You came.”

Not yet, but I wanted to on his massive chest or in his mouth.

He hugged me; a handshake was obviously out of his repertoire. In doing so, his bulky chest aligned with my own: my T-shirt covered pecs met his bare ones; our stomach’s brushed together; cotton-concealed cocks kissed for the first time. His embrace was mighty and unyielding -- exactly what I wanted at that time from a chiseled man who just happened to be famous and wealthy.

“Did you bring a suit, Casper?” He lightly patted my back, gave it a rub, and eventually pulled away from me.

“I’m sure Ford has sold many of them.”

“To all the gay guys in the world.” The zoologist walked me into the house where I met: Perilya, a giant gray pig; Ortho, a Tamandua anteater; and Victor, a scentless skunk.

Following my introduction to his friendly animals, he asked if I wanted something to drink.

“An iced tea will do fine.”

I was given a tall glass of the cocktail and then taken on a tour of La Selva, which consisted of four bedrooms, two rhinos, many turtles, a handful of snakes, and twenty or more domestic cats, none of which I could remember their names. Once the tour ended, he escorted me through his quartz kitchen, outside, and on a jungle-like deck where he had planned for us to share dinner.

Ferns, palms, and a variety of Florida flowers -- swamp sunflowers, goldenrod, and porterweed -- outlined the deck. Beyond the deck was a narrow, cobblestone pathway that led to the Gulf. Donlito pointed to the trail and said, “I have a deco-style portico out there. It’s quite nice to sit in while the sun sets.”

“Great place you have here.” And it was. I wasn't bullshitting him. His abode was breathtaking and reeked of money. Nothing in the slightest screamed trashy.

He was humble and said, “It’s home. Nothing special. Everyone needs a place to sleep.”

We walked back into La Selva again where I enjoyed my strong drink at the quartz bar. I watched the bare-chested cutie prepare us dinner, which consisted of an artichoke salad, grilled salmon with gazpacho sauce, and a side of Napolitano skillet pasta. For desert, he claimed, “We’re having raspberry cookies.”

He turned around from his work at the counter and winked at me. “Casper, I think you’re a tease.”

“Some guys think so.” Again, it was the truth. Who didn't like a tease, though? No queer that I knew of.

I studied him at work. My eyes consumed his broad shoulders, splay of muscular back, beautiful ass, thick thighs, and his arms in motion. Details poured into my vision and caused the cock between my thighs to pulse. Shame on me for wanting to stand behind him, pull his Pistol Pete shorts down, bend him over the counter, and allow my extended tongue to have its feisty and pleasurable way with his ass. I was a man who had manners. But then again, did I?

“Why are you single?” he asked over his right shoulder, grilling the salmon.

“You a serial killer?”

“Not that I’m aware of. If bodies are piling up, I don't know where they are.”

He spun around with athleticism, held a filleting knife in his right hand and a wedge of lemon in his other hand. “Let me guess, you don’t fuck around with guys because you have a religious deal with God. You're a saint of sorts, aren't you?”

I shook my head, took a long sip of my drink, swallowed, and replied, “Not quite. I believe in God and try to live by His laws, but I'm not a saint, and never will be.”

I laughed at that. “Never. I like dick a little too much. Plus, I have a thing for male Latino ass.”

He waved his knife at me and admitted, “Me too.”

“I would have never have guessed you liked cock. You look like a ladies’ man all the way.”

“Trust me, if I get you out of your clothes, that wouldn’t even cross your mind.”

Again, I laughed. “Although I think you’re the sexiest guy in Florida, my clothes are not coming off.”

“We’ll see about that.” He gave me another wink, turned back to his preparation of the food, and showed off his back and ass to me yet again, which I felt as dick-hardening and quite pleasurable. 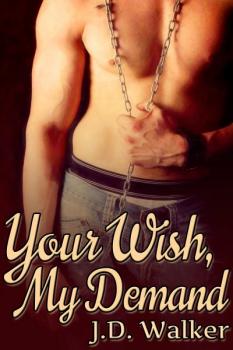