Jao is in a quandary. He can't find work, and he doesn't want to work for Kazematsuri anyway. That doesn't stop the crazy man from sending new recruits to test their skills on Jao.

There is also something going on with Jao's upper class boyfriend, Masahiro. Is he really so busy with his opium business that he struggles to find time for their relationship? Or is he getting tired of slumming it with Jao?

Then Kazematsuri turns up in person to employ Jao to find out what a new gang, the Anu, is doing in Okatsu. At the same time Fan, the daughter of his friend Akai, disappears and Akai hires Jao to find her.

Now Jao has enough money, but he also has several dangerous people to contend with. And he still needs to find out what's really going on with Masahiro.

NOTE: This book was previously published under the title, Field Guide to Assassins. 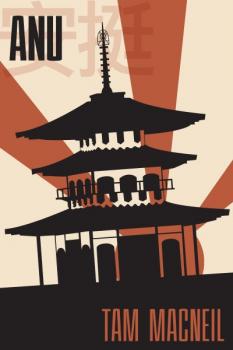 "What's going on?" Jao asks. "Is this about the guy at your store yesterday?"

Akai grabs Jao's forearms. His grip is painfully tight. "It's Fan," he whispers. Fan is Akai's daughter, the only one of five kids that made it to adulthood. She's sixteen now and sweet and pretty. The sort of kid other parents wish they had. Akai has this expression on his face, a look of helplessness that makes Jao feel slightly sick.

"What's happened to her?"

The builders trying to make a shop front out of the alley between Jao's apartment building and the store next door have stopped working to listen. It's no wonder. Akai's so agitated his voice is shaking and loud. Jao tries to calm him down. "Akai, you know better than me that Fan's not the sort of girl to run away. It's more likely she went out to get some takoyaki and just forgot to mention it to anyone."

"Calm down. When did you see her last?"

Akai gulps in a mouthful of air. "Yesterday morning. After that problem at the shop."

Jao frowns. That is a bit long for an extended takoyaki run. "Did you ask any of her friends?"

Poor Akai. He spreads his hands again. "I only know the one girl that Fan's always with, Sumi something. Sumi Yoriko."

Jao gets it. Akai left trouble behind and now he's afraid it's caught up with him, or, more precisely, it's got his daughter. Maybe trouble has caught up with him. Maybe that's what the guy with the Katawaza accent was doing in Akai's store. Maybe he should be worried.

"Yeah. And even I know that kids don't just run away. What happened?"

Akai shakes his head, then he gulps in a breath. "She quarreled with her mother. And me," he adds. Akai rubs his hand over his face. It comes out all at once: "Yun found her a husband, but Fan says she won't have him. I told her it wasn't up to her. It's not. Her mother put so much work into it, she's made such a good match. The boy's family has a farm outside the city. She'll never have to work, Jao, never." Akai spreads his hands as if it's Jao he's trying to convince. "The boy was supposed to bring the first of the betrothal gifts today."

Then Akai gets this weird look on his face, his eyes wild and his mouth twisted. He sinks to his knees in the muddy street. Now it's not just the workmen, the steam bun seller has stopped what he's doing and started staring too. Quite a show they're putting on for the neighborhood. "Jao, please --" he starts.

"Sacred Ise, Akai, I'm not doing anything 'til you get off your knees."

Jao pulls on Akai's shirt but Akai won't get up. Instead, Akai pushes a purse into Jao's hands. It's heavy. Really heavy. Akai's savings, maybe Fan's dowry too.

Jao needs the money. He needs the work. But this is Akai, and Akai's covered Jao's ass on several occasions, so fleecing him just doesn't feel right. Seeing Akai groveling in the dirt is bugging Jao, too.

"I'm not doing anything until you get off your damn knees," Jao says. Akai drags himself back upright, head hanging, maybe from the shame of kneeling in the road, maybe out of personal misery. "Look, I'll do what I can, all right?"