A motorcycle club has rolled into Ashton Grove, trying to make a place for themselves. A motley crew of shifters, fucking and fighting are just a way of life. But if there's one thing they can't stand, it's anyone who abuses a woman.

VIPER: When Viper sits down to a game of poker with the Red Devils M.C., and their Sergeant at Arms tosses a woman in as his bet, Viper knows he has to win at all costs.

AXEL: Axel Bloodmoon loves his life in the M.C. Danger abounds and there's lots of willing women to be had. But when he goes on a mission to rescue some abducted women, things don't turn out quite as he'd planned. One sniff of Amelia and his cat is convinced she belongs to them. Stubborn beast!

GHOST: When Ghost realizes Shelly is being forced to sell her body, and that her pimp is a little too free with his fists, he realizes he can't sit back and wait any longer. Charging in on his Harley, he swoops in and rescues the damsel in distress. There's only one problem. Who's going to rescue him from her?

CRIMSON: When Crimson nearly loses Holly, he realizes that he will do anything to keep her by his side - and when a bear gets an idea in his head, he'll stop at nothing to make it happen. What's a love struck shifter to do when his mate has cold feet?

Heat Rating: Sizzling
Word Count: 63,300
2 Ratings (4.5)
Fantasy Shape-shifter Romantic Suspense
In Bookshelf
In Cart
In Wish List
Available formats
ePub
Mobi
Cover Art by Jessica Smith
Buy Audio Book at:
Audible
Reviews
A great read - lots of women to be saved or is it the rough bikers that need to be saved from themselves?!
AussieGirl
Read more...
Excerpt

The gun was cool against his palm, his heartbeat steady and sure, as he trained the weapon on the Prospect in front of him. He watched the man sweat, the pulse pounding in his throat, as he held his hands up in surrender, pants still around his ankles. Viper wasn’t satisfied. He didn’t just want him to be afraid; he wanted him to taste death. The Loup Garous M.C. members, Ashton Grove chapter, weren’t saints, but they also believed in a swift justice when it came to rapists.

The girl cowered in the corner, her clothes torn from her body, bruises forming on her arms and thighs. The fingermarks on her pale skin were enough to set off Viper all over again. He’d walked into the boardroom, intending to find a little quiet time, but instead had walked in on a nightmare. The girl was the responsibility of the Loup Garous—his responsibility—until they could figure out what to do with her. She’d been won in a hand of poker, but she knew too much to release her, and yet they weren’t sure she fit in with the club.

Viper held out his free hand, motioning for her to come closer. “I won’t hurt you, Scarlet.”

She moved swiftly, keeping an eye on the Prospect, as she zipped around him and hurried to Viper’s side. Scarlet stood beside him, her gaze fastened on her would-be rapist. Her slight frame trembled, but Viper doubted it was from the cold. He knew a little of her story and knew she’d been abused at the hands of the Red Devils MC, the bastards he’d won her from in a lucky hand of poker. He was glad he’d gotten her away from the outlaw scum, but he hadn’t a clue what to do with her. He wasn’t ready to settle down with an old lady, and after the trauma she’d suffered, she’d never make it as a party girl for the club.

“What do you want me to do with him?” Viper asked.

Scarlet licked her lips, and with a shaky hand, she reached for the gun. Curious, Viper let her have it. The worst she could do was kill the Prospect, which was what he’d intended to do anyway. He watched as she leveled the gun at the asshole, but as her finger squeezed the trigger, she dropped her aim, sending three rounds into the jackass’ dick. Viper winced at the justice, but he wasn’t about to stop her. If she wanted to beat the asshole while he was down, Viper would let her. It was the least she deserved.

Wordlessly, Scarlet handed the gun back to him, staring dispassionately at the Prospect writhing on the ground. The gunfire had brought several of Viper’s brothers into the room, each halting in their tracks when they reached Viper’s side.

“What the fuck, man?” Scorch said. “You should have just killed the bastard if you were going to shoot his dick off.”

Scorch eyed Scarlet and took a step away from her. Viper fought a smile. She might not realize it, but she’d just earned the respect of every man in the club, and possibly the hatred of every party girl. She now had something they all wanted, something those sluts would never be able to earn.

“Keep pushing and see if you don’t end up stripped and fucked before you have a chance to utter another word.”

Scarlet moved closer, their bodies nearly touching, and then placed her hands on his chest and shoved him, not that he moved so much as an inch. The wolf within came to the fore and peered out through Viper’s eyes. With a soft growl, he reached for her, tossed her over his shoulder, and marched back into the house, slamming the door behind him. She had a rather nice view of his denim-clad ass as he carried her down the hall to his bedroom.

When he dumped her on the bed, she bounced and watched him warily. She’d unleashed the beast within and now she wasn’t sure what to do with him. Viper stripped off his cut, pulled his black tee over his head, and then toed off his boots. As he reached for the button on his jeans, she couldn’t help but lick her lips. The man’s body was a work of art, and not just because of the ink he wore, but because the wolf had more muscle than most.

He dropped his pants and her jaw dropped a little. She’d known he was well-endowed, due to the chatter from the party girls, but she’d never dreamed he’d be so…big. Viper advanced on her, dragging her toward the edge of the mattress, where he swiftly began undressing her. By the time she was naked, she still hadn’t recovered enough to be embarrassed over her body and its imperfections. There were scars from the Red Devils, stretch marks where she’d dropped weight too quickly, and a small butterfly tattoo on her hip that was now bisected with a scar from a knife.

“Mine.” He growled as he crawled across the mattress, caging her.

Scarlet’s heart raced, but she had to agree. She was very much his, for as long as he wanted her. She just hoped it would be for forever.

He reached out and tweaked a nipple, bringing it to a point, before he slanted his mouth over hers. His tongue thrust between her lips as he laid claim to her. Scarlet was only too happy to surrender to the big bad wolf and gave herself to him freely. Need burned inside her and she felt moisture gathering between her legs as her body prepared itself for him.

“Fuck, Scarlet. You deserve a man to take you sweet and slow, but I’ll be damned if I can do it. I’ve wanted you from the moment I brought you home. It’s been agony knowing you’re sleeping in the room next to mine and I was not able to touch you the way I wanted.” He trailed kisses down her neck and bit her shoulder.

“I’m glad you gave me time, Viper, but you don’t have to wait anymore. I’m yours.”

He kissed her again, hungrily, as if he were trying to devour her. Her nails scored his back as she hooked her legs around his waist, opening herself to him. Scarlet could feel his cock brush against her and she wanted to feel him inside of her. If anyone could chase away the nightmares, it would be Viper.

“Want you,” he murmured against her lips. “Need you.”

His teeth scraped her collarbone as he eased his cock inside of her. He didn’t bury himself. Viper took his time, easing his way inside one inch at a time, until he finally filled her completely. She felt incredibly full, and oh so right. As Viper began to move, she felt a connection growing between them. Her body tingled and burned while he branded her as his own with every thrust.

“You feel incredible,” he said, teeth clenched as if he were in pain.

She felt the press of claws against her hip as he pulled her tightly against him and then began pounding into her. He took her with a ferocity that stole her breath and made her see stars. The beast was every bit as hungry as the man and she stared into the wolf’s eyes as he claimed her.

Everything tightened and then released inside of her as she climaxed, her nails digging into his shoulders. He took her harder, faster, until she felt him coming inside her. When he was finished, he collapsed on top of her. Scarlet couldn’t breathe, yet she loved the feel of him pressed against her. Viper rolled to his side and she cuddled against him, not ready for it to be over. He slung an arm around her and pulled her tightly against his side. 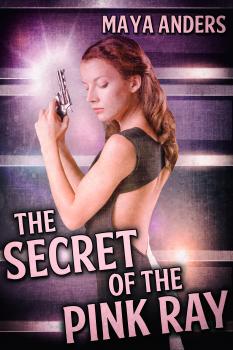 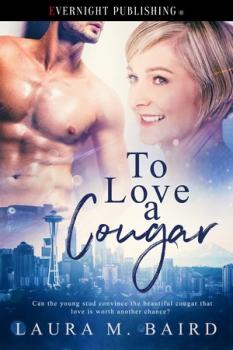