At the Beach, Volume 2

Sacred Sands by Jaye Shields Archaeologist Anna Kroskouriaff is about to discover that some ancient myths are, in fact, real. A sensual god from Greek's past is about to prove it to her…and then some. Warning: flaming hot Greek god on human female sex

The Ghetto Prince by Kaylie Newell When Ellen Carter discovers that her grandmother is close to losing her home, she seeks help from Daniel Prince, her childhood crush. It's Daniel's wealthy father who is responsible for the predicament Ellen's grandmother finds herself in. Telling herself that Daniel can step in and intervene, she confronts him one starry night aboard his salmon fishing boat, The Ghetto Prince. It's there that Ellen will learn a little more about the dark, sexy fisherman with the Eskimo heritage and fateful last name.

Mr. Right Now by Elise Whyles Celine Kretall is tired of having no control over her life. She didn't even get to choose her own fiancé. On the night of her engagement party, she slips away to take a walk and ends up meeting a stranger who will show her just how liberating a walk on the beach can be.

Haven Shores by Ella Jade Rosa Gallo encounters sexy architect Logan Collins while spending her summer at the beach. Initially, Rosa wants nothing to do with Logan, but when she learns he has a dark side, she can't resist. What will Logan do when he finds out Rosa wants to play his game?

Sand, Sun & Sex by Tamaria Soana Rachael's marriage was a nightmare, and now, with her divorce final, she's eager for a fresh start. She thinks the best way to jump start her life is by having a meaningless one-night stand. The perfect location for her plan to take place is at a bar near her beach house that has a reputation for random hookups. Will her plans for a week of sand, sun, and sex be interrupted when the man she least expects shows up at her door?

Beachfront Encounter by Theresa Stillwagon Tessa Browning has always been able to read her twin brother's thoughts. But after he died, the only thing she heard was silence until months later when his ghost suddenly started talking to her. At his urging, she makes arrangements to meet his best friend and army buddy, Sergeant Peter Green, at a beach house. According to her brother, the man is perfect for her, and he plans to go AWOL. When she meets Peter she knows her brother was right about both things. Can Tessa find the right words to change his course, or will Peter's misplaced guilt cause him to make the wrong decision?

At the Beach, Volume 2

For Now and Always
Jessica Coulter Smith
In Shelf
$2.99 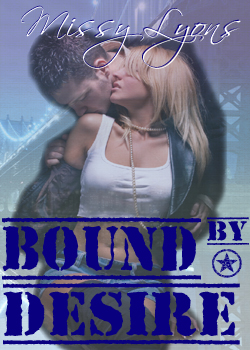