Danny Foley is about to attend his Aunt Daisy’s funeral alone and with a heavy heart. He’s lost his rock and protector, the only member of his dysfunctional family who’d believed he was destined to find the love of a good man.

Danny is so starved for male affection, he fantasizes about being with a muscular young man in a rest stop bathroom, his niece’s handsome fiancé, the brawny waiter at a restaurant, the stud lawyer reading Aunt Daisy’s will. But they remain only fantasies.

But even though she’s passed on, Aunt Daisy just may be able to turn fantasy into reality for her favorite nephew. 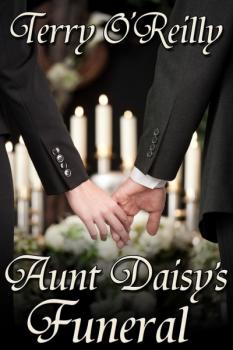 As Danny drove down the freeway, he wondered how many times he’d traveled this route on his way to the city to see his family and aunt. Now that she was gone, he doubted he’d go in as frequently. She had become the main reason for his visits.

He knew all the rest stops along the way, in both directions. He’d visited every single one. Never being brave enough to actually cruise them, Danny contented himself just to fantasize about the handsome fellow-travelers and hunky truckers he’d see. His flights of fantasy which included: nights spent in the back of a trucker’s cab, holding someone close in the backseat of a car in an out-of-the-way corner of the darkened parking lot, or side trips to nearby local motels -- were all related to his search for someone with whom to spend his life. His rational mind knew cruising wasn’t likely to result in the kind of relationship he was looking for, especially since he never actually made contact with anyone. But the romantic side of him always hoped that the next guy would turn out to be ‘The One.’

He’d shared his frustrations at not finding a life-mate with his aunt, never fully disclosing how he fantasized about meeting them. She’d attentively listen, offering encouragement that someday he would find the man of his dreams.

As he drove along he hummed a tune that Aunt Daisy had often teased him with about finding love in everyone he met. The two of them had shared a love of music. Danny had often played the piano in the visitors’ lounge of the nursing home. They would perform duets of old songs such as this one from Aunt Daisy’s youth, much to the delight of the other residents and staff.

Danny pulled into a truck stop to fill up his gas tank and grab a bite to eat. After pumping the gas he made his way to the john where he stepped up to the urinal and unzipped his pants. No sooner had he done this when a tall muscular young man walked up beside him and pulled out his cock to piss. He was dressed in jeans, wore a cowboy hat, and a red and gray plaid, flannel shirt with the sleeves ripped off revealing a set of impressive biceps.

Danny was grateful this particular restroom hadn’t given into the modern belief that men needed privacy to perform this bodily function; there were no dividers between the urinals. This afforded Danny an unobstructed view of the man’s generous organ. Danny glanced up at the man’s ruggedly-handsome face.

“Like what ya see there, little buddy?” the man asked, flipping his hardening cock up and down.

Danny nodded, feeling his own dick responding to the sight.

Danny left the urinal and did as he was told, then turned back toward the man.

The guy stepped forward and took Danny in his well-muscled arms, stared into Danny’s eyes, and smiled. Then he pulled Danny into a deep kiss, lifting him slightly off the floor as he did.

“I’m yours, all yours, little man,” the deep voice said. Danny was swept away by the feeling of love that washed over him as he settled into the man’s strong embrace.

The sound of the urinal flushing next to him roused Danny from his flight of fancy. He watched out of the corner of his eye as the man tucked his tool back in his pants, turned, and went to the sink to wash his hands. Danny hoped the guy hadn’t noticed his hard-on. Embarrassed, Danny waited a moment more at the urinal hoping for his excitement to abate while the man ran the hot air hand drier. When that didn’t seem to be happening, Danny forced his resisting prick into his jeans and walked stiffly to the sink. As he did, the handsome stranger turned toward him and hesitated for a second. Danny smiled at him hopefully. But the man just nodded, touched the brim of his hat, then walked to the door, and exited the restroom.

Danny sighed, washed his hands, and checked himself out in the mirror. I know I’m not Brad Pitt, but I am good looking ... sort of. Danny studied his reflection, examined his profile. And so I’m not Mr. Universe. But I’m only thirty-two and in pretty good shape. He flexed his chest muscles. Somebody ought to find me attractive enough to be interested in getting to know me.

He shrugged, shook his head, dried his hands, and came out of the bathroom just in time to see the man hop into the cab of his pickup and drive off.

I wonder what his name was, Danny pondered as he made his way to the snack bar. We might have made a great couple. 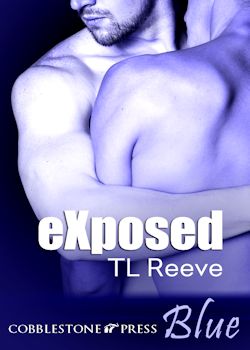 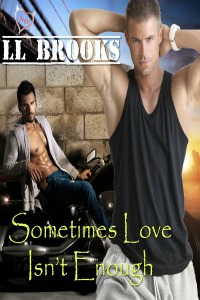