Away for the Holidays (MM)

Shane Sanderson’s first college semester is winding down, and he’s starting to regret ever going to a school halfway across the country. Since he can’t afford a plane ticket home for Christmas, he dreads staying cooped up in his dorm room over the holiday break, knowing his parents and siblings will be together without him.

Corey Williams, another freshman, couldn’t be any more different than Shane. There’s no large family waiting to hear from him, only postcards from his last foster family. He plans on making the best of any situation, but a hard life has taught him to expect people will let him down.

Shane meets Corey through his roommate in an embarrassing, naked moment, and the two are instantly attracted to each other. But Shane deals poorly with various dramas and the constant pressure of the lonely holidays approaching, and he finds himself snapping at Corey, potentially ruining their burgeoning friendship.

While helping a friend, Shane learns about the myth of the Krampus, an ancient horned monster who teaches snotty children the meaning of Christmas. But it will take more than a myth for Shane to accept missing his family. Will the homesick freshman learn his lesson in time to salvage a relationship with Corey, or will he forever feel like he’s away for the holidays? 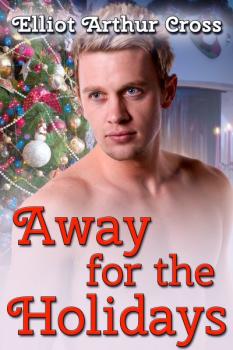 Away for the Holidays (MM)

The rest of the family, Shane’s parents and the two youngest siblings, seemed to rely on him to keep their spirits up. The trip home had rejuvenated him and he felt like he could stay at school in Connecticut. He even figured he would be fine skipping out on Christmas since it was so soon after Thanksgiving.

Shane felt a pang of regret as he thought about his family opening gifts without him. He shouldn’t have been so stupid. He should have skipped out on Thanksgiving and come home for Christmas instead. He shouldn’t have accepted the college’s scholarship and gone so far to school. If he could afford a car, and the gas, he would brave the coming storms and drive west to see them.

He grabbed his soap and lathered his hands, then ran them over his chest and hairy legs.

He smirked as his mind wandered to Devon. His roommate was shorter than him, but really cute with shaggy dark hair and hipster clothes. He was even cuter without the trendy clothes on. Devon had never shared a room with anyone before, and acted awkward around Shane for the first two weeks they lived together. But then he started hanging out in the mornings or at night in his boxers and Shane had to pretend not to notice or enjoy the eye candy.

Shane shook his head, forcing the pleasant images out.

Internally, he repeated, Do not fantasize about your straight roommate, three times and then focused on shampooing his hair.

After he was completely cleaned up, Shane stepped back slightly from the water, letting the bulk of it land on his chest. He closed his eyes and zoned out for several minutes, relaxing as he pictured a perfect summer scene. No snowstorm and no loneliness.

When his fingers were sufficiently pruned, Shane finally shut the steaming water off and grabbed his towel. He dried his hair and toweled off, and then wrapped it around his waist. Devon would probably be gone for another hour at least, giving him plenty of time to enjoy the solitude in his bare room.

Shane left the bathroom with his toiletries and clothes in one hand and his keys in the other. He walked down the long hallway while the kids in the lounge shouted about the sequel to whatever movie they were talking about before. Shane reached his room and opened the door.

Chastising himself for not locking the door, Shane entered his room and tossed his things on his bed.

Shane jumped back in surprise and his towel slipped off him and onto the floor. Devon sat on his bed with a play script in hand. A stranger sat on the chair only a few feet away.

“Damn,” Shane said, catching his breath. He realized the towel had fallen and snatched it up off the floor. He felt flushed and quickly covered his crotch. “I thought you were going out.”

“Corey’s roommate had a girl over. I thought you were eating,” Devon said, looking just as embarrassed as Shane felt.

“I can see that!” Devon gulped and Shane was frozen for several seconds. “This is Corey by the way.” Devon hooked a thumb toward his friend. He had short black hair and stubble around his chin. He wore a rainbow necklace and Shane realized he probably just flashed a cute gay guy. That never happened in Iowa.

Shane tried to say something witty to make himself look suave, but all he could muster was, “Hi.”

Corey slapped Devon’s shoulder. “Turn around, give the man some privacy.” 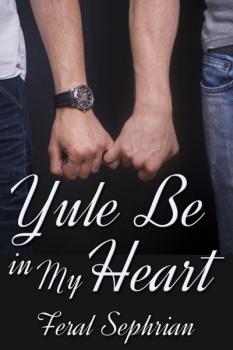