Cody Langdon has survived a lot since moving to Florida to start his life over. After his new neighbors were killed by a demon named Tanglewood, Cody joined a secret support group for people who had been through similar ordeals against ghosts, monsters, and demons. While on a trip to a mysterious island, Cody was thrown back in time to the 1850s in the body of a closeted aristocrat.

Not only must Cody quickly readjust to the jarring social and technological differences of the 1850s, but he soon finds a mysterious adversary stalking him. When his unofficial boyfriend and his best friend arrive at the plantation, the three confused teens discover their trip through time may hold valuable information about Tanglewood.

With their lives in constant danger and no one to help them, Cody must find a way to survive the 1800s and return to his normal life dealing with parents who want him to see a psychiatrist, a rocky romance, and a murderous demon. 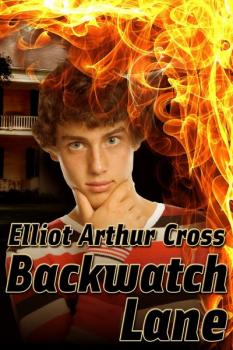 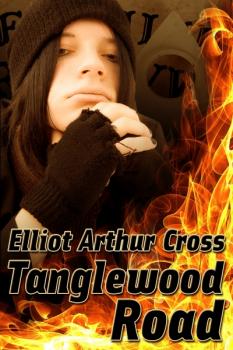 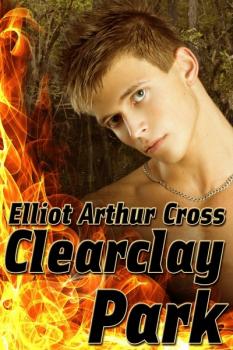 Cody woke with the sun streaming into his room. He stared up the ceiling and reminded himself of his situation, which grew more dangerous after his mysterious night visitor. He considered his few options.

He could get out of bed, continue the wacky adventure, and risk confronting the demon Tanglewood, or he could lay in bed. He was so tired. He came to Florida to start anew, but things only got worse. He wanted a nice new home, and he had to set it on fire to save his parents' lives. He wanted a normal friend, and Hayden turned out to have his own demonic problems. Cody wanted an understanding boyfriend, and Adam dumped him because an incubus kissed him. They'd barely reconciled, but the illusion of perfection was shattered.

He missed Adam more than he would have thought possible. His strong, calming presence was just what Cody needed. Adam would have held him and given him a shoulder to cry on.

But maybe I can cry on Miles' shoulder ...

But Adam and the others were all a hundred and fifty years in the waiting. As were Cody's medications. But did he even need them anymore since he was Ezra? Cody had no idea. For all Cody knew, Ezra was extremely depressed or schizophrenic. He wanted to cry. His first instinct was to man up and remain stoic, but then he gave in and sobbed.

After some time, a tall slave with kind eyes checked on Cody.

"Thank you. I might have some questions for you. Can you answer them, or will Bartlett guy be mad at you?"

"You must be feeling rather ill," the house slave said.

"Because I am Bartlett," he said, worry lines creasing his face.

"I'm still not feeling well," Cody said. "Can you bring my food to me in here?"

"Right away." Bartlett spun on his heels and hurried out of the room. At least confusing his name convinced him Cody wasn't feeling well.

He ate lunch alone in his room, as well. As he finished, his bedroom door opened and Miles entered with a girl Cody immediately knew to be his sister, Martha.

"How are you feeling?" Miles asked.

Cody was more than a little surprised when Martha kissed him just as Miles had. He'd never kissed a girl before, and he tried not to act grossed out by it. She seemed like a pleasant, intelligent young woman, and Cody could see the good-looking resemblance between her and Miles.

"Thanks for checking in on me," Cody said. "But I really don't feel good."

"Should I come back later?" Miles asked.

"I fear I have come down with the consumption," Cody said. He wasn't sure what consumption was, but it sounded old-timey.

"Good God, that is serious," Miles said, his face ashen. Martha took a step back.

"Perhaps tomorrow we can go riding," Martha suggested. "If you're feeling better by then."

"'Kay," Cody said with a sigh, wondering what excuse he could use the next day. Maybe he'd have to give in and learn to ride.

"Shall I check in on you before dinner?" Miles asked.

The siblings left and Cody stalked over to the window. He sat in an uncomfortable chair and watched the sun set.

Izzy brought dinner up to Cody. He thanked her but barely touched the food. He managed half the whiskey and stumbled back into his bed. Could this be his new life? Hiding in this room and shoving Ezra's friends and family out?

And how do I get more booze?

The door opened, but it was too dark for Cody to see who came in.

"There will be no tomorrow, Ezra Branch." The newcomer was on him in a second. Cody struggled against his attacker, but he felt an impossible pressure on his chest. The air rushed out of his lungs and he saw dancing stars.