Trish and Mark meet in the bar where she works after his beer league hockey game, and their filthyrottendirty one-night stand turns into an unexpected relationship. Because he’s new in town, Mark has no idea about Trish’s past, and he’s too distracted to wonder why she takes him into the stock room at work and has sex with him while a coworker watches.

He falls hard for her, and when she tells him about her addiction, he wants to hold her close and protect her from his teammates who are eager to drag her down, but they are persistent. When Trish thinks Mark has betrayed her, can he show her the truth and keep their relationship alive? 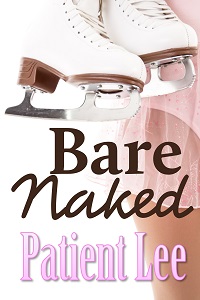 Mark was the first of his teammates to arrive at Mickey’s. He ordered a pitcher of Sam’s Winter Lager, hesitated, and then ordered pizza and wings, too. He knew that the rest of the team would be along soon. The bar wasn’t crowded yet, but it was still early. The waitress delivered his pitcher and a few frosted glasses. She glanced at the empty seats and said, “Dining with imaginary friends tonight? Or are you waiting for someone?”
Mark gave a little laugh, and said, “Waiting for the rest of my team. They should be here soon, I hope. I mean, I hope I have the right bar.”
“Team, huh? What do you play?” she asked as she looked him over, trying to guess.
“Hockey. I play for the Bentley Blackhawks. We just beat the Monroe Wolves, so we’re celebrating,” he said.
As he talked, he felt her eyes looking him over. This amused him, and he smiled at her. She held his gaze for a moment, and licked her lips gently. Mark’s smile widened to a grin, and he tried to think of something to say that wouldn’t ruin the moment.
“Looks like your friends are here,” she said as she nodded toward the door. “I’m Trish, by the way. Let me know if you need anything.” The moment was officially ruined.
“I’m Mark,” he replied, but she had already walked back toward the bar.
His teammates, their wives and girlfriends crowded Mark into the corner. He was very aware that he was the only one flying solo, but for once, he was glad. Each time she approached the table, Trish gave him a flirty smile, but it was too loud to talk there.
The guys were still over-analyzing every move in the game when the food was gone and the pitchers were drained. Wives and girlfriends started checking their watches and grabbing their coats, and pretty soon Mark was left alone with his boss and his wife.
“Great game, sport,” Mr. Phillips said. “I thought you’d blow that last face-off, but you really pulled through.”
He clapped Mark on the back as he stood to leave, and Mark felt pretty pleased with himself. He didn’t love the furniture job, but the word was that Mr. Phillips also owned a computer sales company, and that the guys that did well at the furniture store were usually moved within a year. Mark was hoping for that promotion.
“You gotta work on your skating though. Stick-handling doesn’t get you far if you can’t skate worth a damn,” he added, letting the wind right out of Mark’s sails.
“I try. I mean, I go to public skating at the rink when I can. Ice time is expensive otherwise,” Mark stammered. He hated to make excuses, but it was hard to get practice time.
“Tell you what,” Mr. Phillips said. “My mother has a little pond on her property. You can practice there. I’ll give you the details at work." His wife tapped her finger on the face of her watch again.
“Thanks, Trish,” Mr. Phillips called as he left her substantial tip on the table and walked to the door with his wife.
Mark sat down at the table, waiting for Trish. He was a little buzzed, so he was trying to decide whether he would stay a while and sober up or call a cab right away. Trish answered that question for him when she brought two beers to the table and sat down with him.
“So what’s your name, slapshot?” Trish asked.
“Mark. Nice to meet you, Trish,” he replied. He took a sip of his beer.
“Are you trying to get me drunk so you can have your way with me?” he asked, smiling coyly and batting his eyelashes like a cartoon rabbit.
“Ha! You wish!” she said with a snort. She took a sip of her beer, getting foam on her upper lip. “But seriously, is it working?”
Mark laughed louder than he had intended, giving away the fact that he was buzzed. “I guess that decision is made,” he said, shaking his head.
“So I can have my way with you, huh?” she asked with a raised eyebrow. It wasn’t quite the answer she expected, but she played along, enjoying the flirty heat that was building between them.
“No. I mean, sure you can. I mean, I just realized that driving home is out of the question. I thought maybe I’d stay for a while and sober up, but you brought me another beer, and…”
Trish interrupted him, saving him from further embarrassing himself. “Hey. Enjoy it,” she said. “I’ll get you home. Don’t worry about it.”
“Trish!” the bartender yelled.
“Hang on. I’ll be right back,” she said as she walked back to the bar to negotiate an early release.