Toni and the young crew of the sailboat, Whistler, have just found a safe harbor. Or so they thought...

They may have survived a tsunami, but they’re racing ahead of an ice age as they continue the frantic search for their families.

The island they’ve anchored near is anything but safe. Dangerous men lurk nearby—along with snakes, stingrays, and sharks. An island girl threatens to destroy Toni and her boyfriend’s relationship, the youngest member of the crew gets lost in a narrow dark cave, and Zoë is more annoying than ever.

Will Toni and her crew survive the island and its treacherous waters? 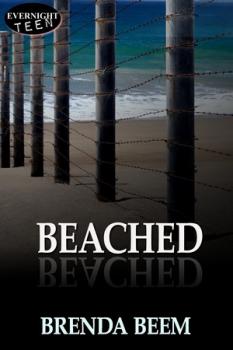 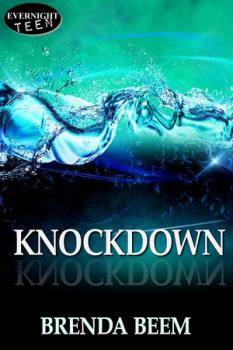 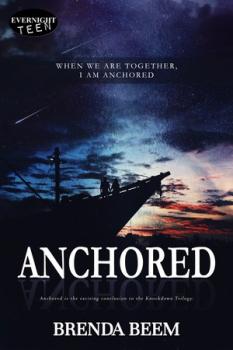 A young couple standing at the edge of camp stepped forward. “We came here to make sure the gun didn’t fall into the wrong hands.” The young woman stared at Jeremy. “You’re the wrong hands. Put the gun down before someone gets hurt.”

“Enough!” Jeremy turned in a slow circle, the pistol still pointed at Makala. “Listen up! I’m going down to the beach and tell the kids on that boat that if they want their friends back, they’ll have to give us the sailboat. Anyone who helps me can come with us. If you try and stop me, the girl gets hurt.”

The young couple shook their heads and backed away.

A man with a beer belly shook his finger at me. “This is your fault. You brought the gun to our island.”

My mouth dropped open. “The convicts brought a gun here. If we hadn’t shown up, they would have made your lives miserable.”

A young man with a beard stepped toward Jeremy. “Come on, bro. Hand over the gun.”

Jeremy aimed at the sand in front of the young man and pulled the trigger.

I held my hands over my ears.

Jeremy turned the gun on the young man. “If you aren’t with me, you should leave.”

The young man raised his hands in the air. Most of the group gathered on the beach followed his example. After a few minutes, one by one they left.

Kat, her father, and six of the younger guys stayed. The young guys shifted from one foot to another. I wanted to scream. We’d saved these people from the convicts. We’d risked our lives for them.

Jeremy signaled for us to start moving. “Head to the beach. I’ll follow with Makala… Anyone makes a wrong move, the girl gets a bullet.” Kat and her father started down the path. Four island guys followed after them. Two held tightly onto Nick’s arms. Angelina stayed close to Jeremy and Makala.

Sophia clung to her father’s leg.

“You!” Jeremy pointed the gun at me. “Take my daughter’s hand and make sure she doesn’t fall.”

I reached for Sophia. She screamed, “Mommy!” and darted off into the woods before I could grab her.

“Stop her!” Jeremy yelled at me.

“No!” Sophia’s mother arrived back in the clearing. “I heard the gunshot. I’ll find her. We’ll meet you on the beach.”

Jeremy stared at his wife. “If you don’t show up, I’ll come looking for you. Don’t let that happen.”

She took off after her daughter. “Sophia, it’s Mommy. Where are you?” Her cries grew faint as she moved farther and farther away.

While we hiked down the steep path, we peeked through openings in the trees and brush, and watched Whistler’s progress. I kept shaking my head. How had my plan failed so badly?

When we got to the beach, I couldn’t take my eyes off Whistler. It was sailing too fast. It should have lowered its sails and needed to drop anchor.

I limped faster. “Kat, they aren’t slowing down. Something’s wrong.” Kat and I began to run. The others followed close behind.

“Slow down!” Jeremy yelled. I didn’t know if he was talking to me or to the boat. I ignored him and moved as fast as my ankle would allow. When we got to the shore, I stared in horror. The sails were still up. The boat was headed straight for the beach.

Without thinking, I limped into the water and headed to the spot where Whistler would crash. Kat and her dad pulled me back. “You can’t stop the boat!”

“It’s going to hit the beach! We have to do something.” I screamed. “Dylan! Takumi! Drop the sails!”

No one answered. I could see people on deck, but it was so dark, I couldn’t tell who.

Whistler was only a few yards off the beach.

A shot rang out from the boat.

The sails were still up.

The hull of the boat hit the rocky shore.

There was a terrible crunching sound. The bow was held fast.