Mateo, a jaguar nagual descended from Mayan shamans, attends the Northern Nevada Con-fur-ence furry convention to hide in plain sight. Who will look twice at a long, black tail and inhuman yellow eyes when there are neon huskies and dancing dragons around?

There Mateo meets Dazi, a mountain lion skin-walker who is at the con with friends from his Shoshone-Paiute reservation. They want to find out if the furries are close to stumbling across their tribe of shifters.

When these two big cats rub up against each other, their cultures collide in a way neither Mateo nor Dazi could predict. But Mateo has trouble being entirely human around his alluring new companion, and Dazi puts his tribe at risk when he reveals their secrets to an outsider.

Can Mateo and Dazi overcome their natural secretive and bestial instincts to find their purr-fect ending?

Mateo had the uncanny feeling that someone was following him. As he walked down the hall, he couldn't shake that strange scent from the drawing panel. He linked his fingers and stretched his arms in front of him as he walked to surreptitiously sniff himself. That wasn't it. Nor was it exactly what he had smelled before. This was a more distinct scent, but it was neither the dog-like smell nor the prey-like smell. He was being preyed upon by another large cat, if he could trust his nose in this environment. The thought made the hair on his arms stand on end and his stomach turn. His hearing faded and his teeth itched, which only made his anxiety worse.

Before anything disastrous could happen, Mateo made a beeline for the nearest restroom. All three stalls were mercifully empty, and the only other occupant was drying his hands. Mateo ducked into the larger handicapped stall. When he heard the other person leave, he began frantically pulling off his clothes. His jaw was already thickening and his skin prickled as his hair thickened and spread into his dark sleek pelt. His hearing returned as his ears reformed further up his skull. As usual, he closed his eyes as he waited for the faint sensation of his bones and organs rearranging themselves to be over.

The bathroom smelled terrible. Mateo's sense of smell was even stronger in his full jaguar form, and his short panting breaths swept the aroma of cleaning fluid and the piss stains it had missed over his tongue. He closed his mouth and shook his head. This was far from the safest idea, but when his jaguar side wanted to come out, there was little he could do to stop it. Fortunately he had never needed to take this form at the Con-fur-ence before, but now he felt threatened, and his jaguar spirit wasn't about to take that lightly.

The bathroom door squeaked open. The noise hit Mateo's ears like a low scream. Then came the smell, the same smell that had followed him all the way here. His heart pounded. Grateful for his soft paws, he silently slunk further into the back corner of the stall. His fur stood straight up. He hoped he wouldn't have to intimidate this person. Maybe this was all a strange coincidence and nothing was going to happen ...

Footsteps, followed by a pair of flat shoes appearing on the other side of the stall. Mateo prayed a face wouldn't appear along with them, peeking at him through the gap. Worse, the person knocked and said, "I know you're in there, and I know what you are."

Every nerve in Mateo's body was on edge. He had tried so hard to seem normal. No one was supposed to know about him. He thought of his family, and whether they were in danger. They weren't freaks, but he knew that's how they would be treated if they were discovered. Then again, this person smelled like them, though Mateo still didn't know who it was or what they wanted.

A lump of gray fur flew under the stall door and thumped against Mateo's front legs. His heart skipped, until he realized it was just a hat, one of the wolf-ear hoods they sold downstairs in the dealers' hall. He sniffed at it. This was definitely his stalker, and it definitely belonged to another cat-person, but it didn't smell like jaguar. The entire situation had Mateo's mind reeling, trying to figure out what in the hell was happening. 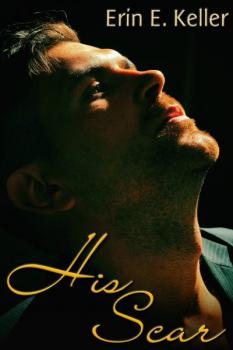