When June’s best friend takes his own life after years of bullying, she's devastated—but mostly angry. Josh was the sweetest boy June had ever known, and in her mind, the popular kids at school are guilty of murder.

When an anonymous online poster starts threatening Josh’s bullies on social media, and then killing them off one by one, June secretly feels a little glad.

That is, until she becomes next on the killer’s list.

Forced to forge an unlikely bond, June and Beau, star football player and king of the cool kids, must work out who is behind the killings before it’s too late. 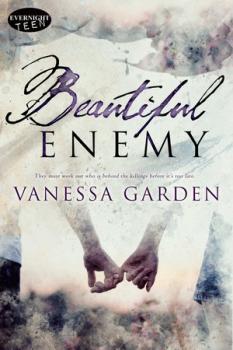 June cast her eyes over her shoulder, toward the very front of the cemetery where the older, forgotten gravesites surrounded the huge family tomb of Walter Horror.

Two crows, their silky black feathers glinting in the sun, sat on either wing of the large human-sized angel which sat at the head of the tombstone.

June was reminded of a movie she’d watched with Josh once. It was about a man who’d died and then rose again to seek revenge on those who’d caused his death. He’d used the souls of the crow to come back.

Perhaps Josh had really risen from the dead. Perhaps his soul had been carried from the afterlife and into the mortal world on the wings of a black crow.

A cool wind snaked its way down the hill and blew right through June’s clothes just as she stopped in front of Josh’s grave.

The dirt was undisturbed save for a distinct print of shoes. June didn’t need to look at them twice.

“Josh’s shoes,” she whispered, as though not wishing to wake up any more spirits.

“These are fresh prints,” said Beau.

June’s heart thudded against her rib cage. Josh had been here. Josh wasn’t in this grave, he wasn’t six feet under.

Beau bent to look closer at the prints.

June nodded. “His mom always hated them for some reason.”

Beau frowned. “Did he have to pay for his own stuff, pay his own way? Is that why he worked at the Cheese ‘n’ Freeze?”

June stiffened. She knew Beau didn’t mean anything by it, but it reminded her of how she and Josh used to wish they had the kind of wealth Beau and Carter and the others had. Those kind of kids, their parents would buy them anything they wanted, then after a couple of months they’d toss their stuff in the local charity bin, ready for a new pair.

June had once seen a pair that had fallen out of the charity bin, Reeboks, in her size. But she was so scared one of the girls from school would recognize them that she had regretfully walked away.

“Not everyone’s parents can afford to buy their kids new stuff every week.”

Beau seemed to stiffen at that, but he said nothing.

“So Josh is alive.” Beau shook his head. “He’s a prick then. A big prick. I don’t know how this is possible though…”

June took a step back. “We don’t know if he’s responsible for the deaths. Wasn’t Jayanna’s dad taken in by the police?”

Beau rubbed at his eyes. He looked so tired right now and June knew how he felt.

She felt bad for him. She felt bad for herself, too. And now she was angry at Josh. So angry she wasn’t sure what she’d say to him if she actually saw him. How could he put her through this?

A wave of guilt washed over her insides. How could she even think that of him?

“No. It can’t be Josh. The person posted that I was next.”

“But you’re not. Maybe he did that as a red herring or whatever.”

“He loved me. He wouldn’t do or say anything to hurt me. I knew him so well.” She stared down at the patch of dirt where Josh had been buried. “This is all unlike him. He was kind and caring.”

“Let’s go.” He offered June his jacket, but she turned it down.

They got back into her car and June’s phone buzzed. They both stared as the phone lit up with Josh’s name. June met Beau’s eyes and he looked as terrified as she felt.

She opened the text and felt the blood drain from her body.

She swallowed thickly. Her mouth felt dry and her tongue felt thick and in the way.