Heat Rating: Sextreme
Word Count: 55,555
17 Ratings (3.9)
Contemporary Menage a Trois/Quatre
In Bookshelf
In Cart
In Wish List
Available formats
PDF
HTML
ePub
Mobi
Cover Art by Les Byerley
Reviews
An excellent book, loved the story and characters were great
Jlg29
Just finished this and I loved it. All headstrong but perfect for each other!!!
rhondavb
Read more...

Butch watched as Dom, Reece, and his partner interrogated the sultry female who’d driven up in the worst excuse of a car he’d ever seen. He’d wanted to get under the hood and find out what all was wrong with it. Instead, he’d made sure Vernon and Rhodes would check it out while they were sequestered in the leader’s office.

Delta was one hell of a looker. Her slight southern accent was just perfect without being too sugary and over-the-top. She had curves that begged a man to explore them, take them for a test drive to see if he could handle them. And her ass? Damn, but it was made for fucking. He could easily see himself plowing into her from behind, both hands full of those meaty globes.

The hair? What the hell? It couldn’t be hers. It was maroon for crying out loud. Why would anyone color their hair maroon? He cocked his head and looked at her again. Maybe she’d thought it would help keep her hidden. If someone was after her, he’d have sure found her by now with that hair color. She stuck out like a sore thumb.

Butch shook his head. If Dom let her stay, he was sure going to get him some of her. He and Walker could rock that for days and days. He could ignore the funky hair. No doubt Walker thought it was fun looking. He had the weirdest tastes, but Butch trusted no one more than him. He’d saved his ass more than once.

“So what is it you can offer us if we were to hire you, Delta?” Reece was asking her.

Butch pulled his attention away from his baser thoughts and concentrated on the business side of the woman instead. He couldn’t afford to let anything past him. He was basically head of security for The Ghost Riders. He was their sergeant at arms and Walker was his second. Besides having a background in electronics and security, they’d worked as intelligence officers in the Army as well. Nothing would get past him and Walker.

“Did Knuckles tell you that I’m a crack mechanic, bikes, cars, trucks, and even imports? I’m also good with weapons. I can shoot nearly anything you might have with the exception of an Uzi. I’m fine at single shot, but it’s too much for me otherwise. I’m also experienced in reloading and can probably disassemble and reassemble anything you have faster than most of your members. I grew up with guns and got to the nirvana point that a lot of servicemen get to when overseas under combat situations achieve,” she said.

Butch exchanged glances with Walker. That she even knew what that was told them a lot about the woman. She didn’t mess around. And the fact that she had said all of that without sounding the least bit boastful or conceited said she didn’t see it as a means to compete with anyone.

“Can you pull beer, cook, or clean house?” Dom asked without smiling.

Delta sighed. “I can pull beer but can’t cook worth a damn. I can do some housecleaning, but that’s a waste if you have me doing that. Plus I’ll just get bored, and that’s never a good thing.” She sounded like she was smiling to Butch, but he couldn’t see her face.

“Don’t worry, sweet Delta Dawn, I think we can keep you too busy to get bored,” Walker said, looking down at her.

“I’m not a sweet butt and won’t be a bed warmer, so don’t even try it, buster,” she said in what sounded like a threatening tone to Butch.

“Name’s Walker, sweet thing. I think I already told you that,” his club brother told her.

“Well you can live up to that name of yours and walk away. I’m not interested.”

Butch looked over at the sound of muffled chuckling to find both Reece and Dominic holding their hands up and coughing to cover up their amusement. Butch frowned at them, which only made them cough louder. Assholes.

“I do believe you’ve challenged me there, sweet thing,” Walker said with a wink.

“Stop calling me sweet thing and what is it with men in general that everything is a challenge to them? ‘Oh! She says she isn’t interested, but she’s just playing hard to get. I bet I can change her mind. Watch this, guys!’ And that’s when they find out that I’m not joking,” she said with a definite snarl in her voice.

Now Butch was intrigued. She’d messed up when she got his attention. He looked over at Walker, and his brother was right there with him. Yep. Little miss Delta Dawn had awakened the beast. He wanted her and before she left their clubhouse, he and Walker would have her.

“Here you go, baby girl,” Walker said just before he picked her up again. This time he laid her over the bed so that her lower legs were hanging off the foot of the bed.

“Have a taste, Butch while I get these clothes off. My damn cock is going to explode if I don’t give it some room,” Walker said.

Walker groaned before dropping to his knees at the foot of the bed between her thighs. Delta rose up on her elbows, wanting to see him as he licked her. She’d never watched before, but then most of the men she’d been out with in the past didn’t return the favor.

The sight of Butch’s razor-short hair lowering between her legs sent her anticipation of the first touch of his mouth to her core, to a record high. She almost didn’t feel the first touch of his tongue, but the second and third were easy to recognize as her clit stood up to take notice. The more he sucked and licked, the more her cunt quivered with spasm after spasm, looking for something to hold on to.

He ran his tongue up one side of her pussy and back down the other side, before teasing her clit by running a tight circle around it. He was killing her.

“Please, Butch. I need it. Don’t tease me like this,” she whined, wiggling her hips in an attempt to force him where she wanted him.

“Please what, Delta? What do you want me to do?” he asked in a knowing voice.

“I need to come, Butch. Please let me come.”

“Hey, she’s supposed to beg me to make her come,” Walker said as he climbed up on the bed next to her.

“What do you want me to do, Delta? Tell me how to do that for you,” Butch demanded.

Frustration tore through her body as he kept teasing her clit without ever touching it. She was going to kill him when she could manage to get past the need the two men had awakened in her body. She would torture him as he was torturing her.

Butch chuckled but sucked in her clit and lightly bit it as his tongue stroked over it. Stars exploded behind Delta’s eyes as she screamed Butch’s name just like he’d said she would. He stroked her down slowly, then crawled up her body and kissed her, sharing her taste as he did.

“Sounds like I got it right, darling. What do you say?” Butch asked next to her ear.

Walker chuckled. “Not yet you’re not. You owe me a ride so climb up on this saddle and let my cock get a taste of that hot cunt of yours, baby girl.”

Delta opened one eye with the intentions of telling him he could ride her if he wanted, but she wasn’t moving from where she lay. That was before she saw his monster of a cock. Where Butch was anaconda long, Walker was thick and juicy. She’d have a tough time stuffing that thing in her pussy.

Before she could shake her head and tell him hell no, he rolled her on top of him and squeezed her breasts with his hands. She moaned when he grabbed both nipples and gave them both a long slow roll between his fingers, pulling on them just enough to make her squirm. That only made her pussy ache for more.

“Climb on up, baby girl. You know you want to,” Walker teased. He tugged on her nipples again, stopping just short of pain but enough that she felt it in her clit.

Without thinking about it, Delta found herself grinding her clit against Walker’s abdomen in an effort to get some relief. God, she felt like a dog in heat.

If I’m not careful, I’m going to be humping him like one. My pussy’s on fire. I want to sink down on his cock something fierce, but the thing is too big for me. I’ll never be able to fit him inside of me.

“Come on, Delta Dawn. You’re wet enough I’ll slide right on in,” Walker promised her with a pained smile. “I can feel your pussy searching for something to fill it. You’re dripping those juices all over me, babe.”

“You’re too damn big, Walker. I never thought I’d ever say that to a guy, but damn! You won’t fit.” Delta wanted him to since her pussy was a mass of nerves needing something to calm it down.

“Trust me, babe. It will be a tight fit, but you can take it. You control how fast you go. Just ease down at first. You’ll see.” Walker’s control was slipping. She could see the ache in his eyes now.

Delta whimpered as she lifted and positioned her entrance above his thick dick. Walker held the shaft still while she slowly sank down, letting just the tip of the mushroom head slide through her pussy lips. The second her hot juices touched his equally hot cock, they both sighed in relief. It gave her the courage to take more of him inside of her and the sensation of his thick hard shaft entering her cunt almost made her lose control and let go of the control she was trying to maintain over her body.

“Yeah. That’s it, baby. So fucking hot and wet. It’s like sticking my dick in a tight glove filled with warm molasses,” Walker groaned out. 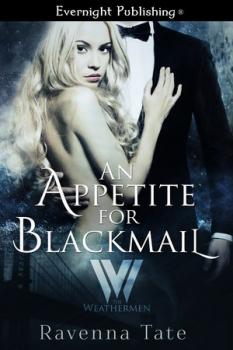 Sons of Justice 10: Deliver Us from Evil (MFMMM)
Dixie Lynn Dwyer
In Shelf
$5.99