There’s something unsettling in having to tell a one-night stand that you’re pregnant with his child. When you yourself are a man, it gets…let’s call it complicated. 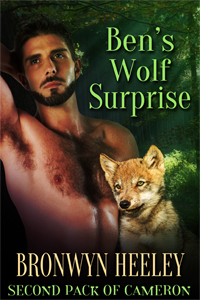 More From Second Pack of Cameron

“Shadrack,” the drop-dead sexy man on the other side of an outstretched arm offered, a smile gracing his lips, lust and hope in his eyes.

“ShAD-rak, but you were close.”

“Yeah, and nowhere fucking near.” Ben laughed with him—it was nice, the sharing.

“Just call me Shad,” he murmured, leaning closer, his elbow up on the bar table, breath brushing against Ben’s face as the music of the club rocked around them—forcing them closer, ordering them to be chest to chest in a bid to hear what the other said. “And what can I call you, gorgeous?”

“That’ll do.” Ben laughed at the cheesiness, which came more from the tone than the words. When one dark eyebrow went up—or at least the illusion of a raise—Ben huffed out a name. “Ben. I’m Ben.”

He got a smile for his efforts, one that had his heart beating in his throat and his body lighting up like a Christmas tree. He buzzed, itched and ached in ways he’d never felt before.

Ben looked at the other man as they lapsed into silence. A weird type of silence, yet one that was comfortable. His cock screamed at him to pull them into a dark corner, to keep the other man interested, or Shad might leave and Ben would never know what he was like.

Shad was an impressive figure, one of the biggest people Ben had seen in a long time. He could not quite tell from the position they were in, but he was sure the man would tower over his five-foot-ten height.

It was hard to tell in the darkness of the club, even worse when the flashes of coloured light entered the equation, the exact colour of those eyes. He’d have to guess at hazel. They had an eerie glow as they looked at Ben, drying out his mouth instantly, his tongue lapping at his lower lip. He sucked it in as his gaze followed the shadows on the big man’s neck and collarbone. He was wearing a wife beater, a dark one that showed the spattering of hair across his upper chest and the perfect outline of his pecs.

His arms—huh, he also had on a black shirt, open over the top of the singlet, the arms cut into the thick muscles. Ben found himself touching them, lingering on the rough surface and thick muscle.

What they would be able to make him do.

A calloused finger scraped at the soft skin under his chin, and goose bumps broke from the sensation as his face was lifted up and warm plump lips came into sight. The pause had him shifting his head into a better position and his eyes dropped closed. Then those lips were on him, hot and smooth, moulding to his own for a long second as the two of them sank into the moment.

The music around him stopped—became a troupe that was all about the beat of his heart in his pressure points, thumping in his ears. It made him want to push closer, get naked, as the blood pushed against his skin, sensitising everything at once. It allowed him to feel nothing but the hot brush of lips against his own, the slight scrape of whiskers against his upper lip and chin.

Then they both took a breath, shattering a second of perfection and turning it into tongues, lips and movement around them as Shad surrounded him.

Thick arms wound around him, pulling Ben off his chair and into the deep hollow of Shad’s thighs. Material rubbed against material as Ben snaked his arms around the bigger man, feeling the solid muscles in his back shift awkwardly under his fingers, weird enough that it took him out of the kiss for a second, making him want to understand what he was feeling.

Ben moved his hands upward, his arms trapped between the cotton of Shad’s shirt and the fabric of his wife beater. Fingers bumped against shoulder blades and all the muscle seemed to shift, wave and move on its own under Ben’s touch before Shad moved forward in his chair, his feet solid on either side of Ben, a hard rod pushing into his lower abdomen and scattering any thought inside Ben’s head.

Shad’s tongue probed deeper and his fingers carded through Ben’s hair, pulled it slightly, adding a sting that Ben was quick to ignore for the better angle the man moved him into. His head was lifted, making Ben shift onto his tiptoes, bumping covered cocks together.

A moan ripped out of Ben’s throat from lust, from protest, both fighting each other, both needed something desperately.

“Sorry,” Shad gasped, their lips a hair apart, hot breath fanning Ben’s face, spit linking them as Ben’s heels hit the ground again. They panted, forehead to forehead, swaying just slightly as the beat ran through the room. A damp sheen of sweat covered each of them, from the room at large, from the heat coming off each other.

Shad shifted back slightly, looking up over Ben’s head, which was when he heard the catcalls and whistles around them. Both of them had created a live show for the crowd around them. The entire crowd was high on life, drugs and alcohol, all wanting their own slice of lust.

With a smile on his face, Shad looked down, his eyes hooded, pupils blown, sweat lingering against his forehead and upper lip—or was that Ben’s spit? Ben had the sudden need to lean forward and taste to find out.

Shad didn’t let him—instead, his smile got wider. “You want to get outta here?”

“Fuck, yeah,” Ben nearly screamed in his excitement, getting a full-on laugh out of Shad and echoing the crowds jeers, and he was hauled out of the club’s wide door, his wrist tightly held by Shad. The man was not letting him go. 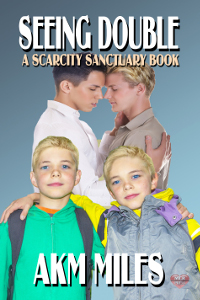 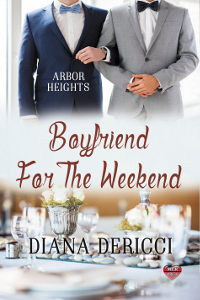 Boyfriend For The Weekend
Diana DeRicci
In Shelf
$5.99 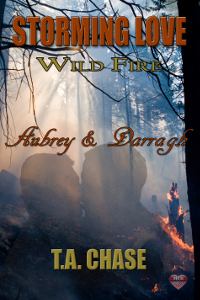 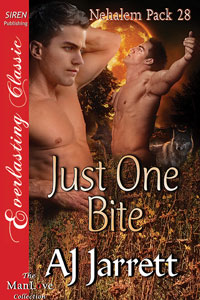