Bowing to his parents’ homophobic demands, Professor Henry Rodimacher always chose Christmas with his family over spending it with his partner. However, when Jeremy became terminally ill, Henry defied his family and stayed home for Jeremy’s final Christmas.

After Jeremy passes, Henry decides it’s time to mend fences, so despite a raging snowstorm, he starts the long drive home. Before he gets very far, though, he’s alarmed to see a hitchhiker out in the weather, Henry offers the man a ride, and is surprised the hitchhiker is Jimmy Wilks, a former student of his.

The heavy snow eventually forces Henry and Jimmy to leave the highway and take refuge in an abandoned log cabin. As the two hunker down to wait out the storm, they give into their mutual attraction and celebrate a wonderful Christmas together.

Can their newfound love survive once the snow thaws? Will history repeat itself with Henry going back home alone, or will the magic of their best Christmas ever live on into the New Year and beyond? 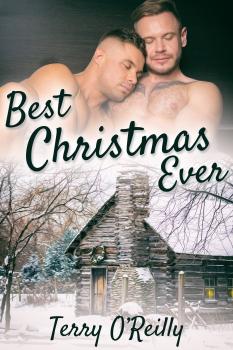 "We're pretty wet," Jimmy said. "We should get our clothes from the car and change before it gets too dark."

"And we need food," Henry added. "I have that pile of pies I was bringing home. I can bring them in at the same time. You stay here. You're wetter than I am. I can manage by myself." Jimmy argued, but in the end he agreed, and Henry made his way back to the car.

The snow was deeper now, and the trip took longer than when they'd arrived. Henry took Jimmy's backpack from the floor of the front seat and put it on. He took his suitcase from the trunk, and pulled up the handle. He'd have to drag it through the snow, while at the same time balancing the pies in his other hand. Maybe he should have considered Jimmy coming with him. He took the pies from the backseat and locked the doors.

It was slow going, and several times he had to stop and rest. It was nearly dark now, and the path he'd made going out to the car was already obliterated by fresh snow. He could smell the smoke from the fire before he saw the faint glow coming through the cracks in the boarded windows. He was relieved. He wasn't altogether sure he hadn't made a wrong turn.

All the way back he'd thought of Jimmy and the situation he found himself in. He wondered at his attraction to his former student, and if Jimmy felt any of what Henry was feeling for him.

When he came through the door, he stopped dead in his tracks. Jimmy was crouched by the fire, stoking it. He was wearing only his socks, glasses, and a pair of white briefs. His jeans and shirt were hanging on the wooden chairs which he had drawn up next to the fire. When he heard Henry come in, he stood up. The firelight flickered over his body, highlighting his well-defined chest, his ripped abs, and the prominent bulge in his briefs. It reflected on the black hair of his torso, making it appear to shine. The effect was striking. Henry's breath caught in his throat.

Jimmy walked toward him. "I couldn't stand those damp, clammy clothes another minute. Here, let me help you with that stuff." He took the stack of pies from Henry, turned and walked away. Henry watched Jimmy's full, round ass as he did.

"God, these look good." Jimmy set the pies on the counter by the sink, and turned back to Henry. "It's funny how good something looks when you haven't had it for a while."

Henry's mouth had gone dry and his mind whirled. Did Jimmy's words have a double meaning or was Henry reading something more into them than was intended? 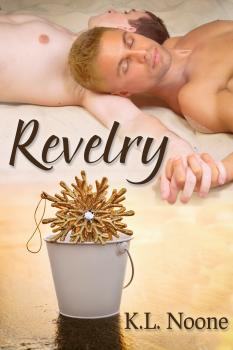 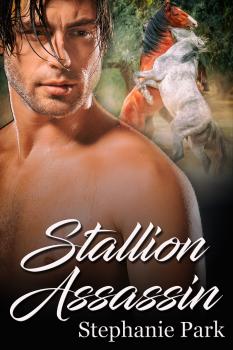