Carrick and Malcolm have been best friends since they were kids. They do everything together. One night, after they've had a little too much to drink, they share a hot, sensual kiss that ends up going a lot further than either man expected.

After that night both men struggle with lusty feelings for one another. Malcolm tells Carrick he wants to try and have a real relationship with him. Carrick panics, terrified of other people’s opinions and the two friends have a falling out. Alone and missing his best buddy, Carrick must decide if being without Malcolm is more painful than anything his peers might say.

It all started in an elevator.

The elevator was obscenely bright, and the mirrored walls reflected everything like a giant disco ball. I couldn’t stop giggling when Malcolm came in for a kiss. It was just so bizarre to be locking lips with my best friend. But I was buzzing with beer and raunchy need so I went with it.

“Stop laughing,” he growled, although he was smiling when he said it.

I tried to hold back the guffaw that wanted to erupt. “I can’t.”

“Come closer, idiot.” The first touch of his mouth was weird but kind of nice. His stubbly chin was rough against mine, and it was really different kissing him as opposed to a chick. He wasn’t tentative at all. But his lips were warm and full, and my cock woke up real fast, testing the elasticity of my underwear.

He lifted his head. “Jesus Christ, C. You kiss like a fucking girl.” Malcolm’s voice was raspy.

“Is that a bad thing?” I asked, snorting. I tended to find everything hilarious when I drank too much. And I had definitely had more than enough booze.

“Kiss me like a dude. Stop being careful with me.”

That damn giggle hit me again, and once it passed, I said, “Fine.” I grabbed the back of his neck and pulled him closer, opening my mouth under his. He pushed his tongue between my lips and a zing of lust rattled through me like a circuit board shorting out from electrical overload. Why did this seem ten times hotter than usual? Was it because I thought it was wrong? Was it the forbidden fruit syndrome?

He gave a little whimper and slowed down, taking his time exploring the inside of my mouth. His tongue was rough, and he smelled like bourbon and ginger cardamom cologne, both expensive if I knew my good friend, Malcolm. He had a hard-on same as me. Maybe it was just something about friction, and flesh touching flesh, that had us turned on. But I had to admit, the hard muscles of his thighs pressing into mine made my skin prickle with arousal.

When he lifted his head, he cupped my balls through my jeans and I groaned at how good it felt. The look in his eyes was borderline scary. “That’s more like it.” His tone was gritty. I wondered if the girls he was with ever got intimidated by the sheer force of his passion.

“You’re intense, dude.” I licked my throbbing lips, feeling unsettled by how into him I was.

“What do you think?” I couldn’t read his expression.

“Do you just want to stop at kissing?” He was staring at my mouth, and lust radiated off of him in waves.

Kissing was all I’d expected. This was just a little tipsy experiment. I’d made a joke about not needing girls when we had each other. Mostly I’d been kidding, although there had been a hint of truth. Malcolm was my best friend. I almost never wanted to spend time with anyone but him. But after that kiss we’d just shared I was feeling a little more for my good pal than just friendship. My cock felt like it was in knots inside my underwear. I was turned on and confused. “Kissing was your idea. I don’t know what the hell we’re doing.”

His dark gaze was bright and lurid. “I’d like to get off.”

He rolled his eyes. “No. I mean I want more than just a kiss.”

My pulse bumped at his obvious need. “Give me details, dude. What does that mean?”

Blinking, and looking confused, he said, “I think I’d like to suck you.”

Heat flooded my cheeks, but my dick twitched in response. The thought of him taking my cock in his mouth had my knees weak. What the fuck was wrong with me? Shouldn’t I be pushing him away and telling him to back off?

“You…you want to what?” I asked unsteadily.

“I know. I get it. This is kind of out of the blue. But I’m curious for some reason.”

Smirking, he squeezed my swollen cock. “Don’t be coy. You’re as turned on as me, C.”

I shut my eyes and nodded because his big hand on my crotch felt amazing. He wasn’t tentative like some girls were, maybe because he owned the equipment already. “I’ve never done that with a dude.”

His touch changed slightly. He began massaging me with a little more finesse, and I grabbed his shoulders in case my legs gave out. “You’re as hard as a stalagmite. I know you like me touching you.”

“Look, I need to get off. I don’t want to have to get engaged to one of those girls down in the bar to do it.” His tone was coaxing. “What’s the big deal? We’ve both had random chicks give us BJ’s, right? This will be just like that.”

“Yeah, only you’re my best friend. And you’re a dude. I don’t want it to get weird between us.”

“Come on. My balls are gonna explode.” He grinned.

That made me laugh again. “Shit. I just came to this convention to buy some new fishing lures. Not to turn gay.”

He punched my shoulder. “We’re not gay.”

“Nah. We’re just two friends who want to suck each other’s dicks.” I snorted. “That sounds fucking gay to me.”

“Never mind. If you’re gonna be all freaked out forget about the whole thing.” He crossed his arms and sighed.

I didn’t want him mad at me. The very idea of that had my stomach churning. And I wasn’t opposed to his idea either. My throbbing crotch could attest to that fact. I was just nervous. “I don’t want to fuck up our friendship.”

He met my gaze, and his softened. “It won’t, C. You’re my favorite person in the world. That’s never gonna change.”

His smile was sweet and he moved up close to me again. “Of course.” His warm gaze was sincere. 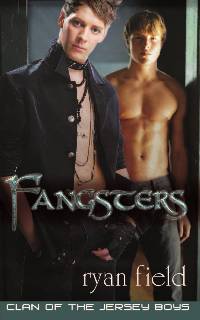