Some loves stand the test of time.

After twenty-five years, Desiree Freeman is ready to take a second chance on first love and reconnect with her high school boyfriend Landon.

Landon Stone, a Navy SEAL, has never forgotten Desiree, even though she broke his heart into a million pieces.

Their high school reunion in beautiful San Diego provides the perfect opportunity for them to rekindle their relationship.

The years have changed both of them, and there are more changes, heartache, and roadblocks ahead. Will their love see them through to the happy ending they both deserve? 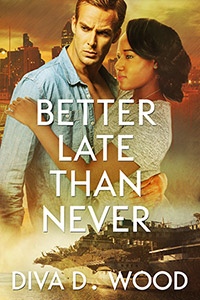 Landon, as usual, was in full command of the situation. Despite the back-slapping male bonding going on, he'd been completely aware of Desiree's presence.

But he was determined to play hard to get. For now.

"What'll you have, handsome?" the buxom blonde bartender asked, flashing Landon a smile.

"You got it." The bartender winked and turned to make the drink.

Landon scanned the room, seeing if Desiree was still in the same spot. She was sitting at the same table, sipping the same drink.

Landon downed half his drink in one gulp, slapping a ten dollar bill on the bar. "Thanks," he said, flashing a smile as he walked away.

"Don't mention it. I'll be here all night if you need anything else, handsome," the bartender said.

"I'll keep that in mind." Landon moved to a table where yearbooks were displayed. He began to leaf through the 1984 edition.

Twenty-plus years in the Navy—most of them as a SEAL—had honed Landon's senses to a razor-sharp edge. His peripheral vision alerted him that Desiree was out of her seat and moving purposefully toward him.

Landon turned around just as Desiree reached the table. "Hello, Landon," she said, smiling widely. "Been a long time."

"Sure has," he agreed with a nod. "About twenty-five years, give or take a day or two."

"Well, you certainly won't get any argument from me there, Desiree. But as you no doubt recall, that wasn't exactly my choice."

Ouch, Desiree thought. Nothing like getting right down to it, eh? "I know. That was a long time ago. I was young and stupid."

Desiree laughed, desperate to break the tension. "You could have argued a little bit."

Landon smiled. "What fun would that be? But I'll yield a bit. You were young and misguided. But after several decades of stumbling around in the dark, you've come to your senses."

"I was drinking Long Island Iced Tea. But I'm done for the night."

"I need to keep my senses sharp at all times," he said. "Alcohol dulls them."

"Keep your senses sharp for what?"

"And what do you do for work?" Desiree knew this already from her friend Danita, but she wanted to hear it from Landon.

Landon winked. "I could tell you, but then I'd have to kill you," he whispered.

Now it was definitely time for Desiree to roll her eyes. Oh, brother. Desiree laughed. "How many wide-eyed females have you sprung that line on over the years?"

Landon laughed heartily. "None, actually. I was saving it for you. I've been saving a lot of things for you."

"Later," he replied. "All information will be given on a need-to-know basis. You don't need to know yet. When you do, I'll tell you."

"I see." Suddenly, Desiree wasn't feeling as in-control as she wanted to be. She decided to shift gears for the moment. "So, what have you been doing with yourself since high school?"

"Naval Academy, then the Navy. I'll have twenty years in next month."

"Something like that." Landon nodded. "Joe Mawhorter and I are in the same unit."

"Yes," she said. "Danita and I were best friends in high school. We've maintained that friendship over the years."

"I see." Landon folded his arms, a bemused smile appearing on his face. He waited for Desiree to fill the dead air.

Just like old times, she thought, shaking her head. She decided to lay her cards on the proverbial table. "Danita told me where to find you, and she enlisted Joe to convince you to come to the reunion."

Landon downed the rest of his drink. "Enlisted? Danita never 'enlists' anyone to do anything, least of all Joe. I'm guessing it was more like an order."

Desiree smiled. "Enlisted, ordered, begged, whatever. You're here. That's all that matters."

"I am," he agreed. "So now that your primary objective has been achieved, what are you going to do with me?"

Oh, what a loaded question, Desiree thought wickedly. "I haven't determined that yet. That information will be given on a need-to-know basis, and you don't need to know that yet."

"Party pooper. So what would you like me to do with you?"

Landon looked away for a brief moment, then back at Desiree, a deadly serious look on his face. "Let's just talk and see where things go from there, okay? There's a lot of unfinished business between us that needs to be dealt with first." 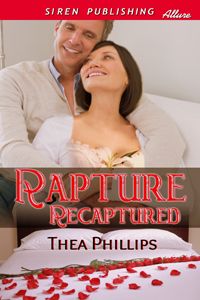 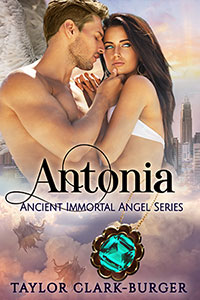