Between Him and a Hard Place (MM)

Archer has survived for three years after the zombie virus brought down the world, doing things he didn’t know he was capable of. When his traveling companion is murdered by dead ones, he knows his time has come. But seconds before he’s slaughtered, a combat vehicle crashes through the scene and a masked man saves the day—a man he feels inexplicably drawn to.

Only the man isn’t a man, but a vampire. Syn is a tracker, sent out by his kind to find and protect the last of the humans and the precious blood in their veins.

Archer isn’t like the others Syn’s found. He feels tied to the human in a way he can’t explain. The two come together explosively, both fighting the intense emotion they feel. After, they both run to escape the lust inside.

Can they find a way back to one another?

This title is available in ePub and Mobi formats ONLY

Between Him and a Hard Place (MM)

“We’ll go on to the Citadel tomorrow. It’s a long drive, and we’ll need extra supplies before we head there. For tonight, we’ll stay in my bunker.” They rolled up to an electronic gate, and Archer watched as Syn rolled down the window and pressed his finger into an electronic keypad. The gate slowly began to slide open, and Archer’s mouth dropped open.

The sound of Syn’s voice made goose bumps skitter along Archer’s arm. And it wasn’t fear. He felt… excitement? He brushed the emotion aside, sure it was just the prospect of what lay behind those gates.

Syn stopped the truck after they’d passed through, and the gates had closed behind them. “Stay here,” he said quickly before jumping out.

“Why?” Archer asked, but realized what was happening as a zombie fell onto the front window. Syn slammed a knife into the thing’s skull before jumping down and searching the vehicle, for more dead ones, Archer assumed.

Syn climbed back behind the wheel and moved on. They came up to another set of gates and again, Syn entered a key code in before the gate slid open for them. They’d do the same thing one more time before they finally pulled before a small building. No lights lit the area, besides the light coming from Syn’s vehicle, so he could only see a narrow swatch.

Syn pulled the tank-truck past a thick, sliding wall that skated back into place as soon as they drove in. Once the wall locked, lights went on inside. Archer squinted at the illumination after the relative darkness and missed a chance to get a good look at Syn. The man was out of the vehicle before Archer could peek.

He grabbed his bag off the vehicle’s floor and exited the cab. Looking around, he saw a garage outfitted with tons of weapons and supplies. A smile came to his face as he looked about. “Damn, this place looks like heaven.”

Syn walked from behind the tank-truck with a wide smile on his handsome face.

Archer felt his gut clench as he looked at the man.

Syn stopped inches from Archer. The man had to be at least six and a half feet. He caught Archer’s stare and held it with his wickedly blue eyes. They were light, too light. They didn’t appear natural.

Yet the lust swamping him when Syn captured his stare felt more than natural.

Archer took a deep breath, trying to figure out why he felt so drawn to the stranger. And why he felt an attraction to a man.

Sure, it had been a long time since he’d even looked at another human with lust in his eyes. When he was running for his life, sex was rarely the first thing on his mind. Survival was. For a long while, he’d been alone, and he had rarely touched his own cock. The thought had passed his mind one night with Nadine, on a night he had thought their location was fairly secure, but just before he’d approached her to make a move, a zombie had pounded on the door and chased them from where they’d holed up.

Sex had been a luxury he could ill afford.

Why was he suddenly feeling the urge now? And with a man?

It had to be his gratitude morphing into the wrong emotion. He was in what appeared to be the safest locale he’d been in within the last three years he’d been running. Syn was handsome. He was clean. He didn’t smell like sweat, dirt, and zombie guts. All of that combined with the formidable lack of sex and his head was messed up. That had to be it.

He dragged his gaze from Syn’s, but had to look back up when the man closed the gap and nearly touched him.

“You’re safe here,” Syn said, staring down. “There are three electrified gates with spikes on the outside and top. The place is under constant surveillance. I’ll know if anyone with or without a heartbeat approaches.”

“Sounds like you know your stuff,” Archer said, struggling with his traitorous body. He fought the rising need he felt, but wasn’t winning the war.

“I’ve got hot water. And plenty of hu—” Syn frowned slightly with the pause, but he moved on quickly. “Food. Let me show you to your room and you can shower while I dig something up for you.”

“A shower? A hot friggen shower?” Archer hadn’t been expecting that.

Syn smiled. “Yeah, it looks like you’re past needing one. I think there might be a handsome man underneath, but I’m not sure.”

Archer nodded, not sure he could trust his mouth to form the right words. Between the desire he felt and his trepidation regarding the offer of supposed safety, he was in deep shit.

Syn held his stare a few seconds longer, more than he should have. Archer was sure he saw interest on the man’s face, but he didn’t want to think it. It was bad enough he felt the want. Seeing it reflected back at him only made him more uncomfortable. 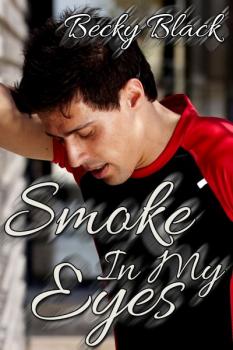