The year is 1863. Caleb Chilson is a private in the Confederate Army, currently camped in the Virginian woods. Most of his time is spent on picket duty, on the lookout for a Yankee attack. But when the moon is full, he manages to slip away from the encampment and into the woods to become something a little less than human ...

Imagine his surprise when he meets another werecat like himself. The only difference? Brance Brenneman wears a Yankee uniform.

Under a Confederate Moon: Bitten as a teen, Caleb suffers through a painful transformation from human to bobcat a few days each month. As a bobcat, he leaves behind his camp and fellow soldiers to explore the night. But a gunshot and the bright scent of fresh blood draws him to a clearing where he learns that he isn’t the only one of his kind.

Wounded and hurt, Brance is a loner by nature, gruff and grumbling, who doesn’t want anything to do with Caleb ... at first. The younger bobcat prevails, and starts to win Brance over, until they turn human again and find themselves on opposite sides of the American Civil War.

Beneath a Yankee Sky: Brance Brenneman is used to harsh conditions -- the eldest son of a stern Amish preacher, Brance was bit by a werecat as a young boy, and managed to keep his secret from his family until he was old enough to leave them and their religion behind. Years later, when the nation is divided by war, Brance is enlisted in the Union army. By sheer chance, he meets Caleb, a Confederate soldier who bears his same shapeshifting burden.

Together they leave the war behind to forge a new life in the wilderness of Pennsylvania. But trappers near their camp are hunting bobcats, and they don’t much care if Brance and Caleb are only in the fur part of the time. Brance finds his peaceful existence shattered, and he has to fight to defend the life -- and the bobcat, the man — he’s come to love.

A More Perfect Union: Once a soldier, Brance has left the war behind and gone into hiding with his lover, Caleb. Deserters intent on keeping to themselves, they find a nice, sparse acre of land where they can finally settle down. Life falls into domesticated routine for both the brooding Yank and the excitable Rebel. Together they struggle to create a more perfect union forged of love and their shared shapeshifting secret.

But the discovery of another bobcat encroaching on their territory brings out the possessive alley cat in Caleb, eager to defend his home and his mate. Will the newcomer destroy what they’ve worked so hard to attain? Or is there room enough for the three of them deep in the wilderness of Pennsylvania? 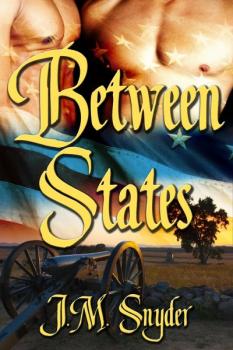 EXCERPT FROM "Beneath a Yankee Sky"

Brance chased after Caleb, their feline bodies mere shadows racing among many in the night. His teeth were bared and Caleb’s scent filled his nostrils, enflamed his instincts. He wanted to mate and to eat, in that order. But his lover liked to run -- he liked to be caught, and kept just out of reach as they tore through the underbrush, scaring up mice and birds and any number of small creatures in their wake.

Ahead, the trees opened into a small thicket. Too late, Brance realized he was running headlong into an ambush; he skidded to a stop in the thick grass and turned as a bobcat’s battle cry filled the clearing. Before he could speak, Caleb tackled him, a ball of fur and strong hind legs. They rolled back into the grass, Brance’s jaws snapping for purchase, Caleb’s wet nose nuzzling into his ballocks as his tail tickled under Brance’s nose. The woods were alive with Caleb’s scent, a wild, rangy smell that Brance wanted to pin down beneath him and rub against until his senses exploded in orgasm. ::Fuck me,:: Caleb demanded, tongue licking below Brance’s tail to entice his penis to extend. ::What are we waiting for here? If you’re not going to --::

Chastised, Caleb rolled away from Brance. He sat on his haunches, eyes closed, as if he hadn’t just been cavorting like a kitten a moment ago. With feline dignity, he licked one forepaw, smoothed it back over his ear, repeated the gesture. ::Fine.::

Lying on his side, Brance watched his lover, wary. The grooming was a ploy, nothing more. He watched the large paw run back over the ear, turning it inside out until Caleb flicked it right again. Caleb kept his eyes closed, his whole body still except for the paw and the tip of his tail, which tamped down the grass. With an almost human-like sigh, Brance drew in a deep breath and blew it out through his nose. The last thing he wanted to admit was that it seemed too quiet now, with Caleb pretending to ignore him. His own tail slapped the grass in a quick, angry motion.

A ragged purring erupted from Caleb. He lowered his body down to the ground, stretched out his paws, and extended his claws to rake through the soft fur on Brance’s underbelly. When Brance didn’t move, Caleb dared to inch closer, nose wrinkling as he sniffed his way along his lover’s body. The second that wet nose touched his fur, Brance raised his hind leg and set his paw against Caleb’s forehead to hold him back.

::Please,:: Caleb said. He came closer still, widening the space between Brance’s legs, nose drawn once again to the other cat’s genitals. His rough tongue licked out to taste Brance’s tender ballocks. ::Just let me ...::

Brance’s growl raised his own hackles. ::Have I no say in the matter?::

Caleb huffed, his nose filled with Brance’s fur as he routed out the erect pink penis below Brance’s anus. When Caleb’s tongue licked it, an intense pleasure shot through Brance and he kneaded the ground with his forepaws, his growl dissipating into a loud purr. Amused, Caleb countered, ::I think this says it all.::

In one fluid motion, Brance extracted himself from Caleb’s ministrations and leapt to his feet. Before the other bobcat could react, he pounced -- his teeth sank into the thick fur at Caleb’s neck, holding him in place. A rowdy mrraow filled the night. Beneath him, Caleb arched his back, raising his rear haunches into the air to present himself. His claws tore up the grass in his need; as Brance’s underbelly rubbed over his backside, Caleb’s tongue darted out, lapping up the air. One word passed between them, over and over again, a litany of affirmation, acceptance, love. ::Please,:: Caleb begged as Brance’s body covered his. ::Please,:: as Brance’s penis rimmed Caleb’s flaring hole. ::Please, please, please.::

Then Brance entered him, and their mingled cries of lust drowned out all other sound. 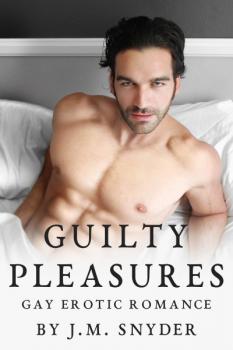 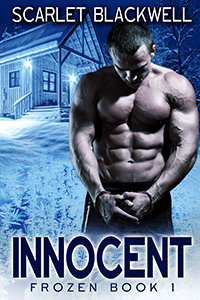