After the tragic loss of her twin sister, Brea works hard to prove herself worthy of her adoptive parent’s extra attention. She focuses on the success of the rustic resort her parents deeded to her.

A dangerous rogue abducts her, but whom, if anyone comes to her rescue? 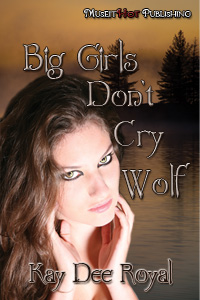 Brea watched Grey’s truck drive down the dirt path until she couldn’t see it through the trees. She shivered, instantly missing the warmth of Grey’s body next to hers. She looked one more time down the path in case Grey changed his mind about leaving her.

Did I misread Grey’s intentions? Gads, I threw myself at him. Maybe he isn’t into oversized women after all. I’m such an idiot!

Brea stepped through the door of her little stone cottage. She’d never questioned her size before, always fit her just fine. Not questioning it now either. Right now she needed cozy. As crappy as she felt over Grey’s quick departure, her head throbbed like the residual effects of a hangover, but it didn’t hinder her from throwing a few logs into the fireplace. Once a nice flame got going, she absorbed the comfort of its warmth. She lay back on her divan in front of the beautiful stone hearth.

Brea pulled her favorite blanket with images of howling wolves over her and laid her head on a matching throw pillow. Her whole room reflected her love of wolves, through pictures, statues, lamp shades, and her shelves full of books about them. She needed their comfort right now to take away Grey’s rejection of her.

Brea closed her eyes for a moment, fighting an overpowering sadness. Exhaustion finally pulled her into sleep.

A haunting wolf howl crept into Brea’s dream. It wouldn’t stop; it was so loud…until Brea snapped awake. She sat up in darkness, not even embers glowed inside the hearth, moonlight streamed in through her sliding glass door with enough light to help her maneuver through the room. She went to the glass door to draw the curtains closed, but instead she was drawn to what lay beyond her porch.

Brea opened the door, stepped out, and walked over to the railing of her ground-level deck. She saw the light of the moon cut a path across the calm lake water to the sandy shoreline fifty feet away. Chilled damp air settled over her bare arms.

She glanced to the south tree line leading into miles of forest. Something shifted the shadows of the trees, maybe an animal hiding. She didn’t hear the rustle of dry leaves that usually accompanies animal movement in the forest.

A wolf howled a short distance from Brea. Its sound reverberated against the stone cottage wall behind her, sending a shiver from her skin into her bones. She knew wolves had been sighted a few miles away, but never at the resort. For as long as she’d lived in Northern Michigan, she’d never actually seen one. Now, she was about to have a very personal experience with one.

Brea had studied them enough to know not to move or she’d spook it. She heard it breathing and slowly turned to look. Wet, warm moisture carried on the slight breeze, settling on, around, and inside her.

The moon and all its light vanished behind an ominous cloud. Two glowing green orbs appeared to float in front of her. Somewhere in her consciousness she recognized the green eyes and the assailing breath.

A direct order, something she must do, jogged her memory, compelling her. She couldn’t look away. Her body became weightless, fluid and she wanted to follow. She moved forward, off the deck, following…following something that called her. She heard it and knew she must hurry.

Suddenly hands gripped her from behind, stopping her progress.

Another warm moist breath infiltrated her senses with the scent of pine, musk, and cloves. Her need to follow disintegrated like the ash of a spent campfire. Brea came awake in the middle of the forest. Strong arms wrapped around her waist.

“It’s alright, Brea. I think you were walking in your sleep.” Grey’s voice whispered through the layers of fog that began to break apart in her mind. “Brea, take a deep breath.”

“What…I’m…it’s night.” She couldn’t seem to grasp a total thought, other than being in the middle of the forest and in Grey’s arms. What was she doing here? What was he doing here?

Grey picked her up and carried her. She heard a wolf howl, so did Grey. He stopped and raised his face. Brea watched him sniff the air. She shrugged it off, her mind in no condition to make a judgment call of what he was doing, especially for something as strange as Grey sniffing the air.

The muscles in his arms tightened, squeezing her closer to him. He ran. How he could navigate through the trees in the darkness and carry her weight, Brea couldn’t fathom, but then her brain didn’t seem to be functioning with all lobes either. She closed her eyes and tucked her head into his shoulder, like a child in his arms, safe and loved.

Loved? Where did that come from?

Grey stepped onto Brea’s deck, walking through the open sliding glass door into her cottage.

“Like I told you, I think you were walking in your sleep. Have you ever done that before?” Grey set Brea down on the divan and went back to the door to slide it closed. He switched on a small lamp in the corner and proceeded to re-build the fire in the hearth.

Brea watched Grey’s sleek animal-like movements, stealthy, sure-footed, with muscles rippling. Again she saw him lift his head and sniff the air. His eyes glowed silver, reminding her of other glowing eyes and a shudder quaked down her body. 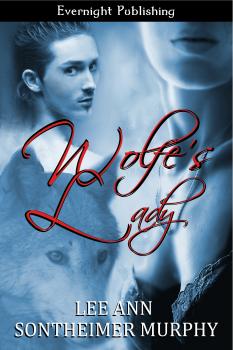