The Year of Gods 2

When Jensen wasn’t prepared to commit to his fated mate, he let Ciel walk away, thinking he’d get over the human soon enough. But a year apart has proven that what he felt for Ciel went far beyond lust. He wants a second chance, and he’ll do anything to convince Ciel to give it to him.

Ciel thought he’d moved on, but when Jensen comes back begging for another chance, he finds it hard to deny the vampire. His heart’s been broken once, yet Ciel can’t make himself walk away from Jensen again. Will they be able to make it work, or will the pain of the past prove too much in the end?

The Year of Gods 2

More From The Year of Gods

Ciel smoothed his clothes and made his way carefully down the stairs. Jensen held the curtain aside and looked right at him as the carriage circled and came up to the main staircase. Ciel did his best to keep his face calm and detached, but he knew Jensen would see the truth in his eyes. The week they’d been together, they’d fucked two or three times every night. At least once each night, Jensen had taken him face to face, gazing into his eyes and telling him how beautiful he was. Ciel’s heart pounded, and he fought to stay in place. He wanted to run away, but he had no choice but to stay and face Jensen.

Jensen opened the carriage door the moment it stopped. He jumped out and walked right up to Ciel without acknowledging anyone else. “Hello, Ciel. How are you?”

“As well as can be expected, my lord.” He bowed low. “Your parents are away at the moment. They’ll return in a few days, and Lord Dax will be here soon as well. Your room has been prepared.”

Jensen watched the servants taking his trunk for a moment, and then he simply stared at Ciel. “Thank you. Are you truly well? There’s no one standing near. Please tell me.”

“I’m fine, Lord Jensen. Please come inside so you can rest after your journey.” He turned to the side and gestured to the door with his hand.

Jensen frowned but walked inside. “Where have my parents gone?”

“To the Carthinian Ruins. Your mother wanted to explore and sketch the landscape and the buildings.”

Jensen sighed. “They didn’t want you with them? I know Mother missed you when you went with Erik to his dominion.”

“She invited me, but I’m being trained to do the accounts. I chose to stay here and work.”

“You mean they’ve been fighting a lot, and you wanted them to have time to themselves?”

Ciel trained his gaze on the stone floor. “I believe you know the answer to that.”

“Amazing how two people who love each other so much can hurt each other that way,” Jensen said, his gaze burning the side of Ciel’s face.

Ciel straightened his shoulders but didn’t turn his head. “It happens. But when both people are in love, there’s nothing they can’t get past. They work things out because being together means more than anything else. More than any other desires they have.”

Ciel walked into Jensen’s room and looked around. The servants had left the trunk, and everything seemed to be in order. He wanted to turn on his heels and leave, but protocol said he had to stay until dismissed. Jensen closed the door, bolting it. Ciel kept his gaze lowered as Jensen walked over to him.

“If you don’t look at me for more than a few seconds, I’m going to throw you on the bed and pin you there until you do,” Jensen said.

Ciel lifted his eyes. “Need your ego stroked? Want to see how painful it is for me to be near you?”

Jensen locked their gazes. “No. I want to look into my mate’s beautiful gray eyes.”

Ciel backed away as Jensen moved to touch him. “You gave up the right to touch me a year ago. I can’t fight you, but I’m asking you to respect my wishes.”

Jensen stopped and lowered his hand. “I’m here to fix this. I know it won’t be easy, but I want to.”

Ciel held his breath a moment. He knew hoping was dangerous, so first he asked, “You’re going to claim me as your mate and be faithful to me?”

“I want to try. If I can manage to be faithful to you, then we’ll tell everyone you’re my mate. Then I’ll claim you. And turn you.”

Ciel laughed. He couldn’t help it. “We have nothing to talk about. That’s exactly what you proposed before.”

Jensen’s brows came together as he shook his head. “No, it isn’t. Before I never planned on telling anyone. I’ve changed my mind. I’m completely miserable without you. So I want to try. I’m trying to protect you. If you’re my mate, cheating on you will bring shame on you. If you’re just my lover, no one will say anything. Everyone knows how I am with lovers.”

“Finding your mate should change that.”

Jensen pushed his dark hair behind his ears. “I am here to try. I simply don’t want to make promises I’m not sure I can keep. You really think my personality will change simply because I found you?”

“It would if you actually loved me.” Tears pricked at the back of his eyes. He’d been so certain he was over Jensen until he’d seen Jensen at his friend Lucas’s mate bond ceremony. That night had driven home to him what he was missing. Jensen and his brother Erik were nothing alike. Erik had turned his entire world upside down to care for Lucas and his seven sisters. Jensen couldn’t even keep his cock under control. “If there’s nothing else, my lord, I have other duties.”

“You won’t even listen to me? To how I’ve felt since you kicked me out of your bed and started treating me like a stranger?” Jensen said in a soft voice. “We’ve known each other too long to just end it like this because I fucked up.”

Ciel couldn’t keep the venom out of his voice as he replied. “You broke my heart. I’m not letting you near it again.” 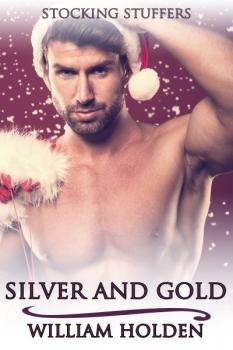 The Dentist and His Fox (MM)
AJ Jarrett
In Shelf
$3.99
Tweets by
sirenbookstrand